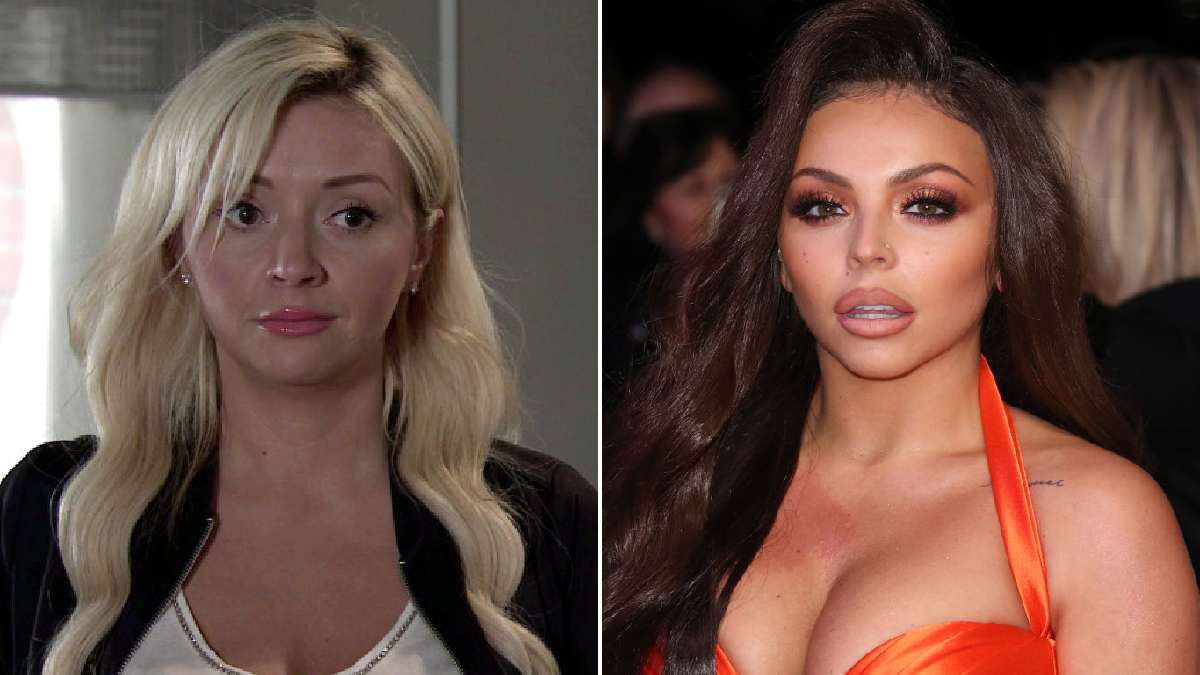 The actress – who portrayed Nicky Wheatley in the ITV soap – unveiled her new brunette hairstyle in a post on social media earlier this week.

While many fans dished out praise over Kimberly’s new look, several others explained that – at first – they’d mistaken the star for the Little Mix singer.

‘Colour really suits you, beautiful,’ added one social media user, before adding: ‘Did anyone else think is was Jesy Nelson?’

‘I really thought you were Jesy,” added another fan.

‘Giving me @jesynelson vibes’, said one, while one more exclaimed: ‘I really thought you were Jessy from little mix’.

Kimberly opened up about her sexuality earlier this year, revealing that she is pansexual.

She told The Mirror: ‘I have dated people who are male, female, transgender…

‘Gender is completely irrelevant to me.

‘We’re all on different spectrums. There are many qualities about me I would deem just as much male as female.

‘It’s about the person, not what sex they were born. I just fancy everybody.

‘I’d have a couple of drinks at night and change my Tinder search profile to “both”.

‘When I woke up the next day, I’d think: “OMG, I hope no one I know has seen me”. Then I realised if they had, it would mean they were gay too.

‘It clicked, and I realised I’m surrounded by non-judgmental people and a loving family supporting me.’

Join the community by leaving a comment below and stay updated on all things soaps at our homepage.