Could Dr. Psycho's Most Recent Decision Lead to Joker's Return on 'Harley Quinn'?

Harley Quinn is an underrated DC show, but fans who watch it are very pleased with what it’s doing for the character. Not only is Harley now a Crime Queenpin with her own crew, but her fabulous relationship with Dr. Pamela Isley (aka Poison Ivy) is on full display. But in the most recent episode, Dr. Psycho chose a very different path, that could change the crew forever. Could it also bring back Harley’s toxic ex-boyfriend, the Clown Prince of Crime himself? [Spoiler alert: Spoilers ahead for the adult animated show, Harley Quinn Seasons 1 and 2]. 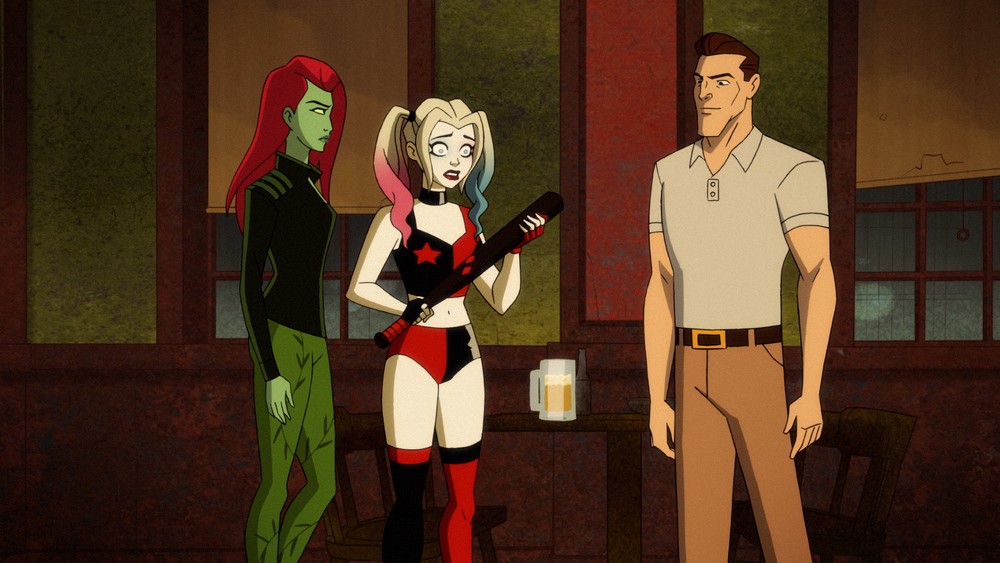 After Harley Quinn and Poison Ivy shared a spur-of-the-moment, yet still meaningful, kiss in Episode 7, Harley wasn’t quite herself. She spent all of Episode 8 trying to fill that void in her life by not admitting she felt something for Ivy. To do this, she prepared for Gordon’s attack on her and her crew by creating her own army. With whom? Parademons.

This was a big deal for Dr. Psycho, who gets very excited about the idea of world domination. He’s actually been trying to get ahold of Darkseid’s Parademons for a while, but never had the guts or muscle to do so.

It looks like things are escalating quickly this episode.

Once Harley does gain control of these monsters, she wreaks havoc on Gotham. But then Ivy asks her if this is her actual endgame goal, and Harley realizes it’s not. She realizes she’s just been trying to escape her budding feelings for her best friend. She destroys the staff that controls the Parademons and that really ticks off Dr. Psycho. He leaves the group in a huff and exclaims that he’s gone for good.

This was a sad turn of events for fans, who’ve grown to like the inappropriate little crew member. On Reddit, user u/MadForHatters asked what fans thought he’ll do moving forward. “He just had his dreams crushed before his very eyes and seems to be done for real this time,” they noted.

Further down in the Reddit thread, one user pointed out that Dr. Psycho has been a bit complacent in Harley’s crew. While King Shark and Clayface seem totally content to serve Harley’s wishes and not take over the world, Dr. Psycho has had enough. He wants more.

So, is he just gone for good? All his character development and relationships within the crew, done? Not so fast.

Another user wrote that Dr. Psycho might take Harley’s distraction to bring back a major foe that she thought she’d defeated for good: Joker. 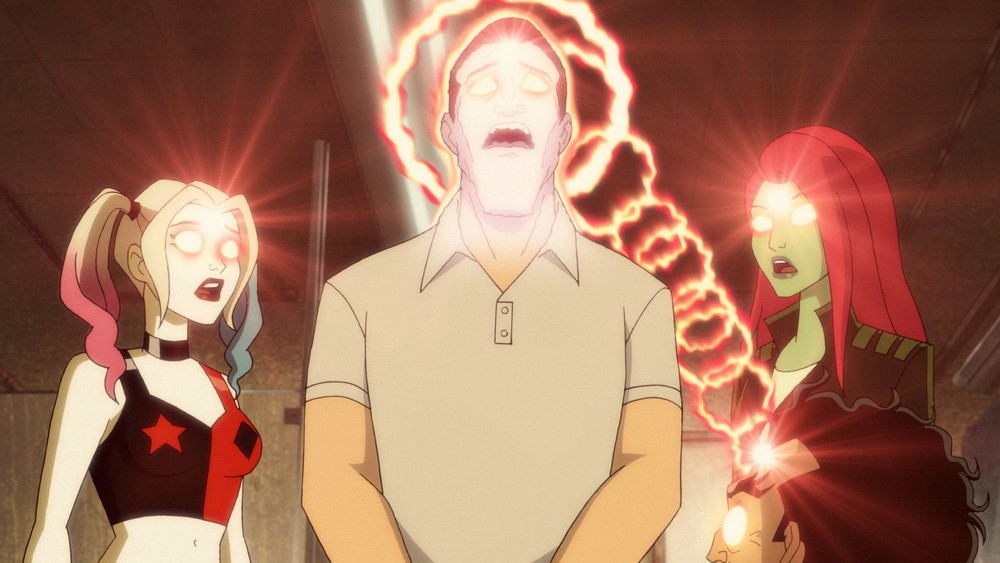 RELATED: It’s Kind of Obvious That Harley Quinn and Poison Ivy Are Bound To Get Together on The ‘Harley Quinn’ Show

“He might try to take advantage of Jack (Joker) to get one of Joker’s plans to take over the city, and by doing so ends up letting Joker out of his cage,” u/God_is_carnage wrote.

The end of last season showed Harley defeat the Joker by turning his trick on him. She and Ivy dumped him in his radioactive substance that was supposed to undo Harley Quinn’s insanity. So now Joker is just a regular guy who’s a bartender and obsessed with his girlfriend’s kids. If Dr. Psycho unlocks the part of his brain that the insane Joker sits in, or maybe throws him in acid again, the Joker could return.

Another user wrote that this “would be a great set up,” but also points out that it’s nice to have a Harley Quinn show without Joker for now. With The Joker movie and many other things, it’s nice to not have the villain center stage again.

Coming up on Episode 9 though, coming out May 29, there isn’t mention of Dr. Psycho in the description. GetYourComicOn.com shared the blurb, and it’s mostly about Poison Ivy and Kite Man’s respective bachelor/bachelorette parties.

Harley throws Ivy’s bachelorette party on Themyscira and despite having to deal with difficult guests (Mrs. Freeze, Catwoman, Jennifer), she’s determined to give Ivy the time of her life. Meanwhile, Kite Man is having the world’s most boring Bachelor party, which is quickly upstaged when a talking lobster visits King Shark asking him to save their underwater kingdom.

They also report that Harley and Ivy are going to talk about their kiss again, but maybe Harley will finally come clean about how it wasn’t meaningless to her. The fact that there are episode photos that seem to suggest they spend the night together, means that maybe Ivy feels the same?

With five more episodes in the season, odds are Harley Quinn and Poison Ivy aren’t going to figure out their feelings for one another just yet. Which is beyond frustrating for fans. But who knows? Maybe Themyscira (aka Wonder Woman’s home) will give the two some much-needed closure.

RELATED: How Many Times Have Harley Quinn and Poison Ivy Gotten Together in DC Canon?