Home » TV and Movies » Dancing With the Stars: Two Longtime Pros Won't Be Back for Disney+ Season

Dancing With the Stars: Two Longtime Pros Won't Be Back for Disney+ Season

Dancing With the Stars is cha-cha’ing its way over to Disney+… but a pair of longtime pro dancers won’t be coming along.

Pro dancers Sharna Burgess and Lindsay Arnold both announced on Wednesday they will not be returning for the dance competition’s upcoming Season 31, its first on Disney+ after a lengthy run on ABC. As our sister site Deadline reported, Burgess revealed she won’t be back in a series of Instagram Stories, saying: “After long conversations and lots of thinking and really trying to sit with what was right, and many conversations with Deena Katz, who is our casting director but also a second mom to me, I made the really hard decision to not do this season of Dancing with the Stars.”

Burgess says she is “at one hundred percent capacity with my body. I feel fit, I feel strong, I’m so ready to dance.” But earlier this year, she gave birth to her first child, a son named Zane, and “I was not ready to spend a minimum of 10 hours a day away from Zane… I’m a full-time breastfeeding momma, and not only that, I am so in love with just being a mom.” (She did hint, though, that she could possibly appear on DWTS this season “in some capacity.”)

Arnold confirmed her departure in an Instagram post: “This has been one of the hardest decisions to make but ultimately, I have chosen what I feel is best for myself and my family.” (She has a 22-month-old daughter, Sage.) “Logistically there is SO much involved with making this happen and there is a lot of sacrifice that has to be made that unfortunately just did not feel right for us this time around.” 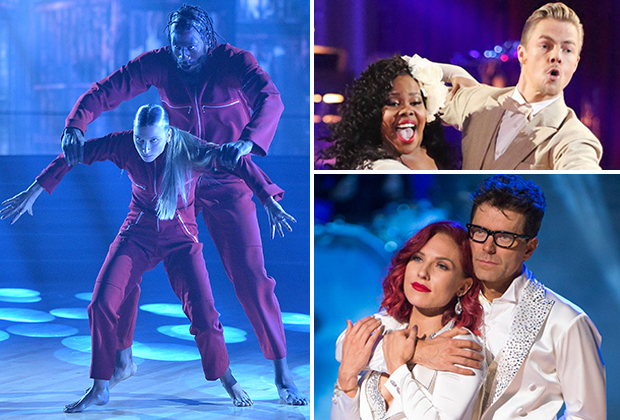 Burgess made her debut as a DWTS pro in Season 13 and danced for a total of 14 seasons, taking home the Season 27 Mirrorball trophy with celeb partner Bobby Bones. Arnold debuted in Season 16 and danced for 10 seasons, winning Season 25 alongside Jordan Fisher.

The new season of Dancing With the Stars — minus Burgess and Arnold — premieres Monday, Sept. 19 on Disney+; the full roster of celebs and pro partners has not yet been announced.

Does the absence of Burgess and Arnold make you less likely to follow DWTS to Disney+? Hit the comments to share your thoughts.