Death in Paradise: Will Kris Marshall return for season 10? Josephine Jobert speaks out

Death in Paradise fans welcomed a new detective to Saint Marie in the middle of season nine. Earlier this month, the BBC revealed DS Florence Cassell (played by Josephine Jobert) will be season 10. This good news comes as two other members of the Honoré Police Force are ready to depart.

WARNING: This article contains spoilers from Death in Paradise.

In a statement, the channel said: “After two series bringing law, order, and joy to the streets of Saint Marie, we’re sad to say goodbye to Ruby Patterson who made such a massive impact in such a short time!

“DS Madeleine Dumas will also be departing Saint Marie’s sunny shores and we would like to thank Shyko Amos and Aude Legastelois-Bidé for bringing Ruby and Madeleine to life and wish them all the very best for the future.”

While they will be making their exits, Florence will be returning to the sandy shores. 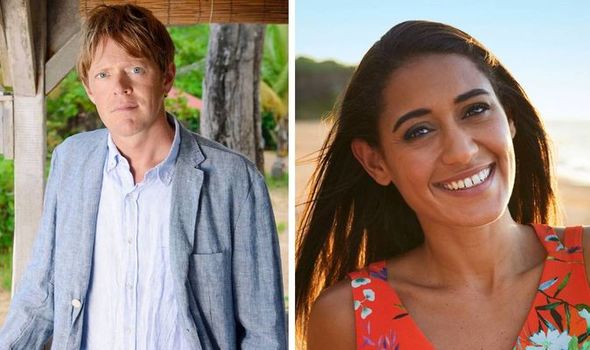 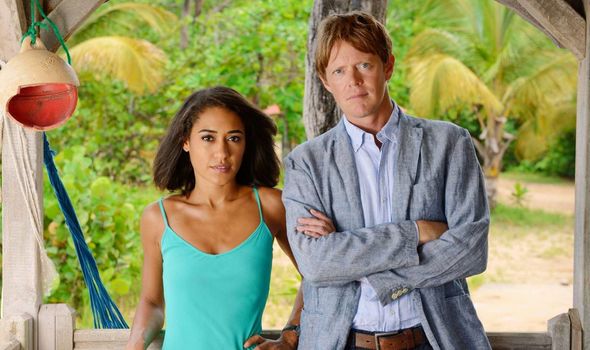 However, it has now been confirmed that Florence is going to be back working at Honoré Police station alongside new DI Neville Parker (Ralf Little).

When she was in Death in Paradise, Florence worked with Neville’s predecessor DI Jack Mooney (Ardal O’Hanlon).

But most of her time on the show was spent with DI Humphrey Goodman (Kris Marshall) before he left for London.

So will her return to Saint Marie lead to actor Marshall also coming back? 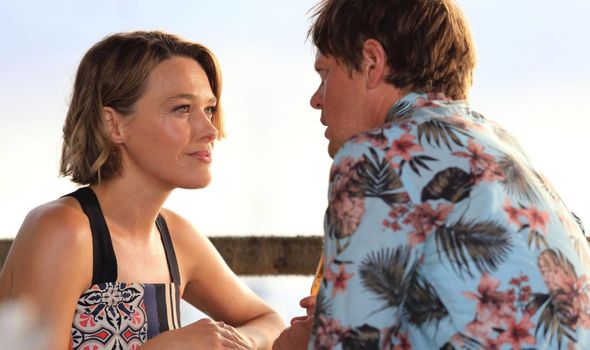 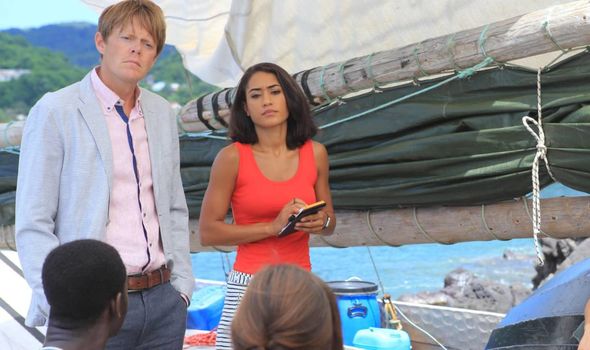 Will Kris Marshall return for season 10?

There have been rumours circulating online about Humphrey Goodman making a possible comeback.

Jobert was asked by a fan on Instagram last week if she kept in touch with Marshall after leaving Death in Paradise and if he would be in the next series.

She then replied: “No we haven’t stayed in contact and I don’t think he is coming back next year. Well… if so, nobody told me.”

Even though Jobert doesn’t believe Marshall would return to Death in Paradise, the actor himself has not ruled it out.

In fact, when he was asked about if he ever would be in the show again, Marshall’s response was very positive.

Talking at a press event last year, Marshall said: “Would I do a cameo? Would I go back, and do a cameo in Death in Paradise? Unequivocally yes.”

Does this mean Humphrey Goodman could be making a surprise appearance in series 10?

Humphrey last appeared in Death in Paradise in 2017, just before DI Mooney took over the role.

He left Saint Marie to fly back to London and be with his true love Martha Lloyd (Sally Bretton).

If he does return for a cameo appearance, Humphrey might this time be back hand in hand with Martha to pay his old place of work a visit.

Death in Paradise is available to watch on BBC iPlayer.