Home » TV and Movies » Despite Delays in New Episodes, 'The Young and the Restless' Fans Love Rewatching Classic Episodes

Despite Delays in New Episodes, 'The Young and the Restless' Fans Love Rewatching Classic Episodes

Although The Young and the Restless isn’t the oldest soap opera still on the air — that’s still General Hospital — it’s finding a way to keep itself viable even while the pandemic has shut down most television production.  They’re airing “classic” episodes on Fridays.

That not only stretches out the run of new episodes The Young and the Restless has in the can but also lets viewers recall old favorite stories and characters. The revisits can also be bittersweet, as it brings back actors and characters who are no longer with us. 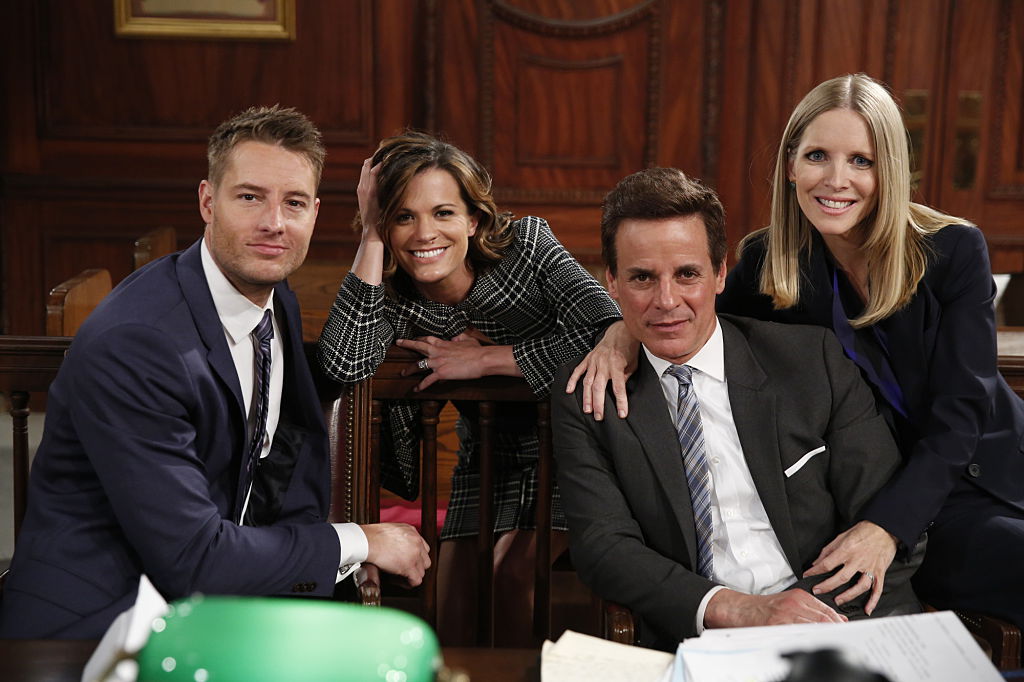 The Young and the Restless brings back the old

TV Line reported that on April 3, CBS aired the 1984 episode with the wedding of Victor (Eric Braeden) and Nikki (Melody Thomas Scott). On Twitter, the show’s official account announced the flashbacks.

“You’re invited to join #YR for the wedding of Victor and Nikki Newman,” the show proclaimed. “Watch their first ‘I do’s’ at our regularly scheduled time.” The show’s Twitter also noted they would pick up where new episodes left off in the following Monday’s episode.

Knowing that wedding-related episodes are a particularly big deal, The Young and the Restless aired another on April 10, announcing it with this tweet: “Tomorrow on #YR, reminisce on a classic episode with the incomparable Kristoff St. John. You’ll see Neil and Drucilla Winters enjoy their romantic Caribbean honeymoon, while Brad Carlton and Ashley Abbott plan a surprise for the newlyweds!

Who was Kristoff St. John?

Dear Sharon There were two people that looked a lot like you and me at that event last night. I’ve seen that Kristoff guy on TV before. (Some corny soap opera) There are better actors on SpongeBob Squarepants. Anyway, I was thinking that we could grab a drink. (Water for me, I’m an alcoholic) I haven’t had a meaningful relationship since way before I went blind (actually Dru) and then was blamed for killing Cricket’s baby by accident. It was really Nikki’s fault. (Sshhh) About me: I like spreadsheets, business meetings and working late. Ties and calculators turn me on. I’m still suffering from the loss of Dru. I think I have PTSD. I like a good AA meeting followed by 6 cups of coffee. (Black, no sugar) (I break out in hives) I like to counsel anyone who will let me. I like spending my weekends on the couch in my underwear, eating Frito’s, and watching vintage bowling and the weather channel. Join me. I’m ready for something meaningful. Love Neil P.S. don’t tell Nick, Victor, Jack, my kids, or anyone until I impregnate you. P.S.S. I would suggest Netflix and Chili, but I’m allergic to Chili. (Gives me gas as well) P.S.S.S. I’m already in love with you. Don’t break my heart. P.S.S.S.S. Why haven’t you responded yet? I’m waiting for a response at Hamilton Winter’s headquarters. @sharonlcase #daytimeemmys #daytimeemmys2018 #yr45

St. John played Neil Winters on the show for three decades, from 1991 through 2019. In recent years, he had struggled in his personal life, losing a son to suicide in 2014 and undergoing psychiatric treatment in 2017, according to People.

Sadly, St. John suffered an untimely death at age 52 in February 2019.  According to USA Today, the cause of death was hypertrophic heart disease, an abnormal thickening of the heart muscle. Alcohol had been listed as a factor in the death, but not the primary cause.

CBS and Sony Pictures issued a joint statement on St. John, which read, in part, “The news of Kristoff St. John’s passing is heartbreaking. He was a very talented actor and an even better person. For those of us who were fortunate enough to work with him on The Young and the Restless for the last 27 years, he was a beloved friend whose smile and infectious laugh made every day on set a joy and made audiences love him.”

Soap opera ratings have gone up with stay-at-home orders

At one time, there were as many as 19 soaps on the air, but dwindling viewership and other factors contributed to a gradual attrition of the shows as one long-running soap after another fell by the wayside: All My Children, As the World Turns, Guiding Light and One Life to Live are just some of the shows that are no longer with us. The BBC theorized that when the OJ Simpson trial continually pushed soaps off the air in the mid-1990s, that depressed their ratings, and the genre never recovered.

However, with COVID-19 forcing people to stay indoors, soap operas have seen some of their best numbers in a while, according to TV Line. For the week of March 23, when the quarantine accelerated, The Bold and the Beautiful and General Hospital had their best viewership in two years. For a while, it seemed like cancellation might befall Days of Our Lives too, but since that show shoots eight months in advance, it has enough episodes in the can to keep viewers happy through the fall.