Don’t Get What Makes Brian De Palma an Auteur? Try These Two Films

The director, who just turned 80, makes popular films that have long inspired debates. Watch “Blow Out” and “Carlito’s Way” to better understand the arguments.

One of the most enduring questions among cinephiles has been what exactly to do about Brian De Palma. Detractors used to dismiss him as a talented recycler who riffed on the movies of great auteurs (Alfred Hitchcock most obviously and consistently) without achieving those auteurs’ nuance or depth. Admirers cast him as one of the most gifted stylists of his generation — every bit the peer of Martin Scorsese and Steven Spielberg, who came up in the film industry at the same time. In this view, he’s also a serious artist who has preserved classic Hollywood traditions even as he has slyly toyed with them.

The 2016 documentary “De Palma,” now streaming on Netflix, gave the feeling of resolving the matter. The director sat down with fellow filmmakers Noah Baumbach and Jake Paltrow, much as Hitchcock had with François Truffaut, and went film by film through his career. No one who saw the documentary could doubt De Palma’s sincerity, the range of his work or, particularly, his command of film language. De Palma turned 80 this month, and at this point it seems uncontroversial to rank him among the living masters of the cinematic form. 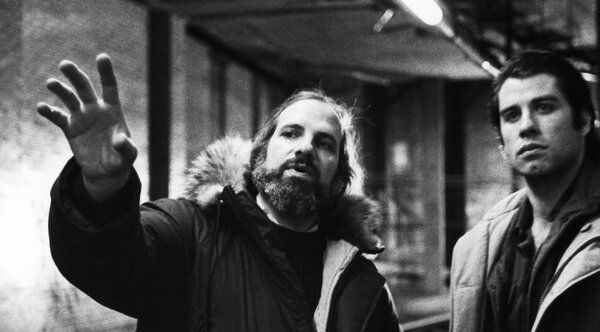 What recent appraisals haven’t settled, though, is a pettier tiff among De Palma’s fans, about the “right” way to appreciate De Palma. You liked “The Untouchables” (1987) and think it’s one of his best? Too bad. If you’re talking to a De Palma fanatic, “The Untouchables” was a commercial effort, written by David Mamet, and to see it as superior to a De Palma-penned “Psycho” pastiche like “Dressed to Kill” (1980) is to miss his originality.

My own enthusiasms, as Robert De Niro’s Al Capone might call them, have varied wildly over time, from skepticism to appreciation and back. But if even inveterate De Palma watchers sometimes get tsk-tsked for their taste, where does that leave newcomers? I propose that a good middle ground is to start with a De Palma classic from his freewheeling 1970s-’80s period, “Blow Out,” and to continue with one of his finest studio efforts, “Carlito’s Way.” Aficionados may howl at that one as insufficiently pure-grade. (David Koepp, not De Palma, wrote the script, which mostly plays it straight.) But in “De Palma,” the director himself remembers watching “Carlito’s Way” and thinking, “I can’t make a better picture than this.”

Part of what makes “Blow Out” quintessential De Palma is that it wears its influences proudly — but also recombines them to make them fully the director’s own. The basic premise is consciously indebted to Michelangelo Antonioni’s “Blow-Up” (1966), which concerns a photographer who accidentally captures evidence of a murder. But De Palma’s film uses the setup to create a thriller, something that Antonioni’s study of disaffection in swinging London steadfastly refused to be.

“Blow Out” centers on a movie sound man, Jack (John Travolta), who unwittingly records audio that could prove a fatal car accident was a political assassination. Antonioni is only the most superficial influence. De Palma borrowed the car accident off the bridge from the Chappaquiddick scandal involving Ted Kennedy. Jack pores over individual frames of the murder scene as if parsing the Zapruder footage, which gets a shout-out. De Palma has cited the Watergate operative G. Gordon Liddy as his inspiration for the villain (John Lithgow), who has vastly exceeded his mandate by killing and goes to extreme lengths to cover his tracks.

Although the film has something to say about what was at the time recent American history and the public’s capacity to turn a blind eye to corruption, on several levels “Blow Out” is a movie about movies and the apparent contradiction they contain.

On one hand, movies offer the promise of capturing the truth. Jack, who recorded the accident while making audio of whooshing wind for a horror movie, turns increasingly to film to prove his case. He cuts still photos of the accident from a magazine and animates them, synchronizing them to the audio he’s recorded to create a mini-documentary of the crime scene.

On the other hand, movies are inherently constructions, with the capacity to fabricate. “Blow Out” has already lied to us by opening with an elaborate fake-out: a sequence from the point of view of a slasher stalking coeds that turns out to be a film within the film. (This sequence represented De Palma’s first use of the Steadicam, which was then a novel device, and a tool he has used to extraordinary effect ever since.) The sequence ends with the stalker about to murder a showering woman, and she lets out a pitiful scream; cut to the screening room, where we learn that Jack hasn’t bothered to dub the actress. The search for a believable fake scream frames the movie. In the final irony, he will hear that perfect scream in real life.

De Palma, who has repeatedly mined Hitchcock’s “Rear Window” for inspiration, plays ingenious tricks with vantage point. He frequently shows events from different perspectives or illustrates simultaneity with split screens. The first time we see the car accident, we’re watching Jack, as De Palma subtly attunes us to sounds (a hooting owl, a couple’s banter, a zipping noise that turns out to be garrote wire from the killer’s wristwatch) that we’ll need to recognize later on. We’ll see the accident again, but never quite in the same way: When Jack plays his audio back for the first time, we watch the sequence from his point of view, as he matches sounds to the images in his mind.

Few filmmakers are as adept at leading viewers through the geography of a sequence. My favorite example is in the final 20 minutes of “Carlito’s Way,” which is simply one of the most thrilling chases ever filmed.

The reformed criminal Carlito (Al Pacino) plans to escape by train to Miami with his girlfriend, Gail (Penelope Ann Miller), avoiding mobsters who want him dead — and have shown up at his Harlem club just as he’s about to make his getaway. Sneaking out through a panel in the floor, he must take a subway from 125th Street to Grand Central Terminal, all the while evading his pursuers.

De Palma doesn’t leave the setup at that but continues exploiting the various complications that scenario offers. When the subway is held at 125th, it’s not by Carlito’s pursuers but by rowdy strangers just trying to catch the train. Officers who board at a later stop offer Carlito some cover.

But the sequence reveals its full virtuosity when Carlito arrives at Grand Central. De Palma, in a Steadicam shot that runs longer than two minutes, follows Carlito and his would-be killers around an escalator bank and over two floors, all the while keeping everyone’s placement perfectly clear and the mechanics of suspense in motion. It’s a shot so complex, so filled with moving parts, that it’s difficult to map out in words. As ever, De Palma pushes purely cinematic tools to their limits.