THIS Morning viewers were in hysterics after Eamonn Holmes savagely called a Spin to Win caller a "loser". 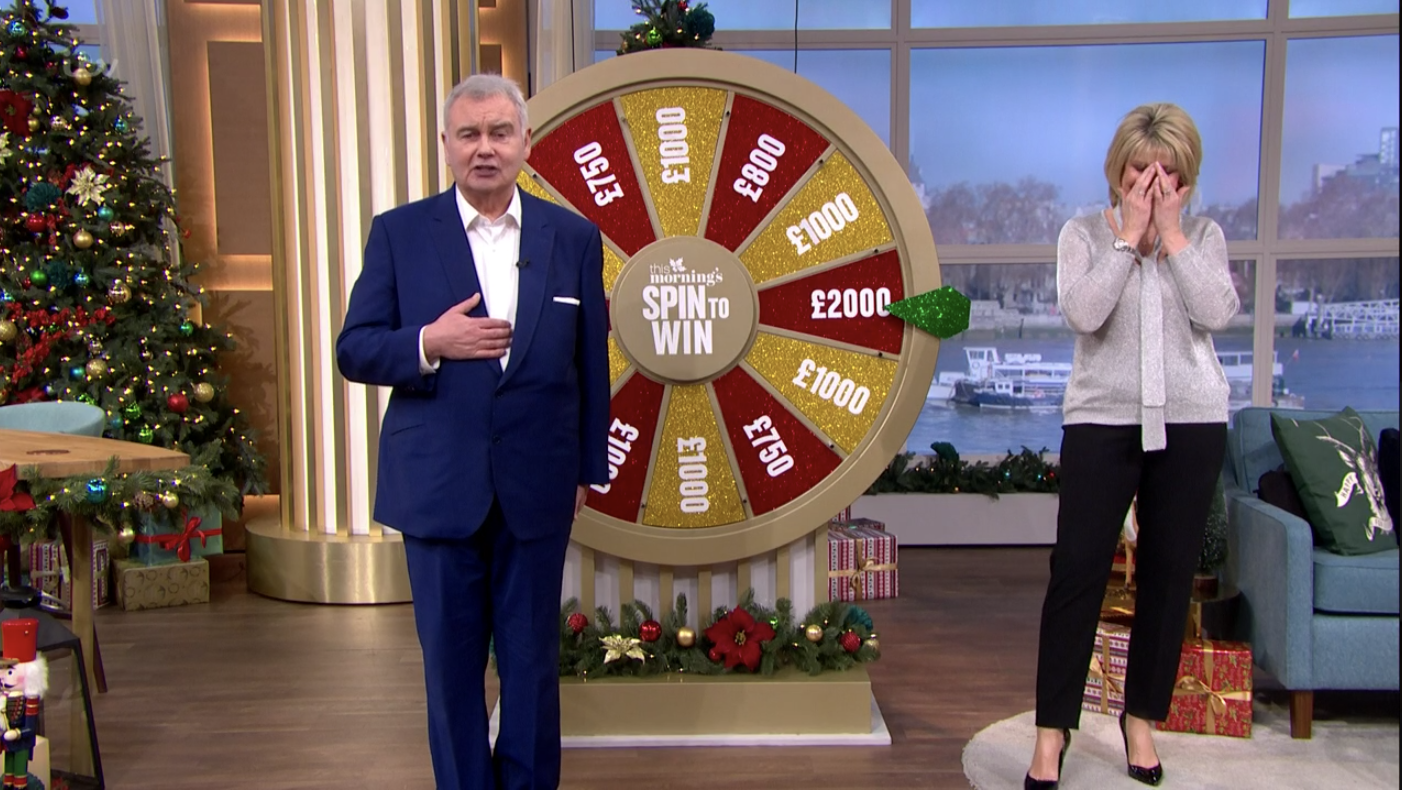 Then he ripped into Denise, the first Spin to Win caller who did not answer the phone correctly.

Today's code was 'Frosty the Snowman', which callers are supposed to say when they answer their phone, rather than saying hello so that they are then eligible to play the cash prize game.

But Denise simply said 'hello' and when Eamonn tried to find out more information she refused to answer.

"Who is this, what is your name," Eamonn asked. 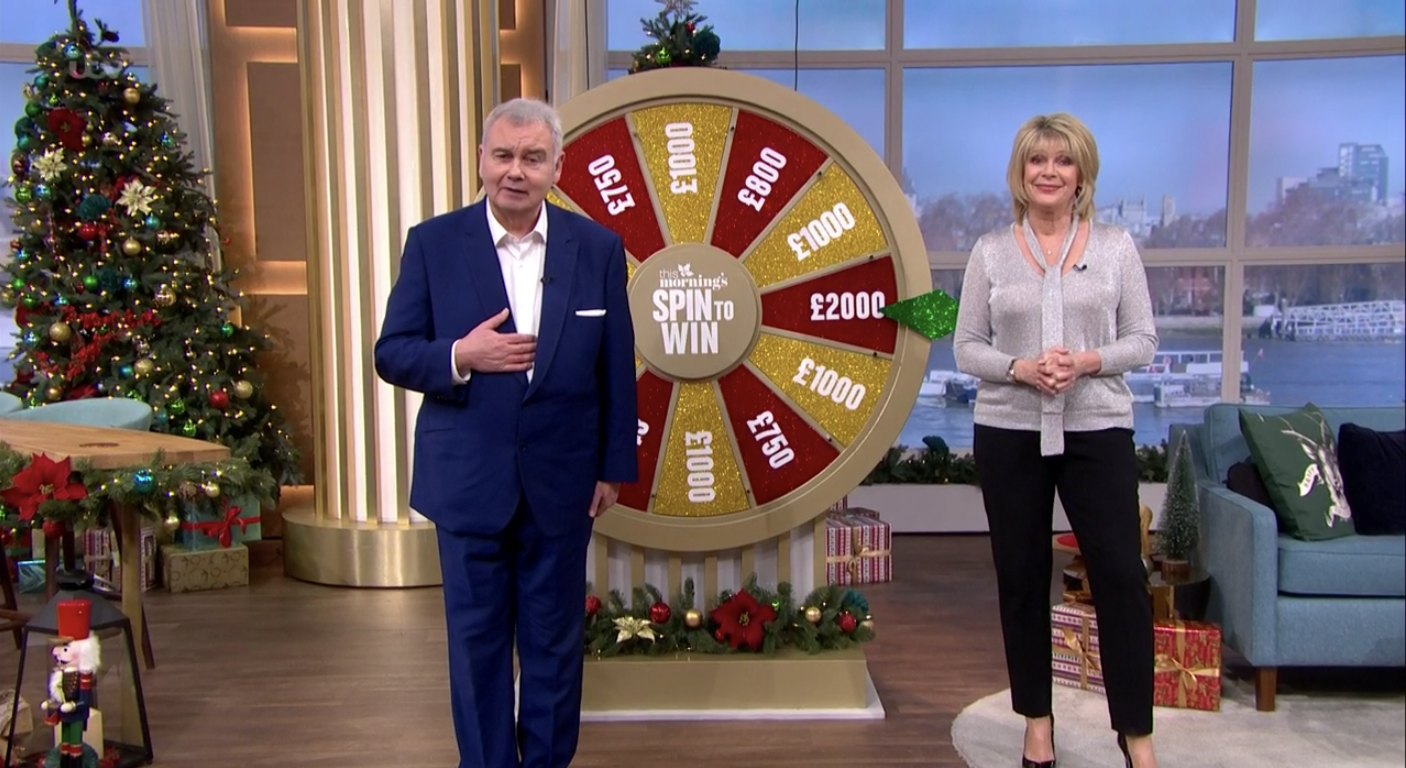 Denise curtly replied: "Who have you called?"

Eamonn then let loose on poor Denise and walked up closer to the camera.

"You're on national television, on the award-winning ITV show, This Morning," he said.

An embarrassed Denise couldn't believe her bad luck and admitted she entered Spin to Win every day.

Eamonn then went on to have a chat with Denise to find out more about her and even snapped at Ruth who tried to ask a question herself.

"Excuse me, I'm in the middle of something here," Eamonn chided Ruth.

The hosts then decided to be nice and gift Denise a candle, but then Eamonn called her a "loser" because she didn't get to play Spin to Win. 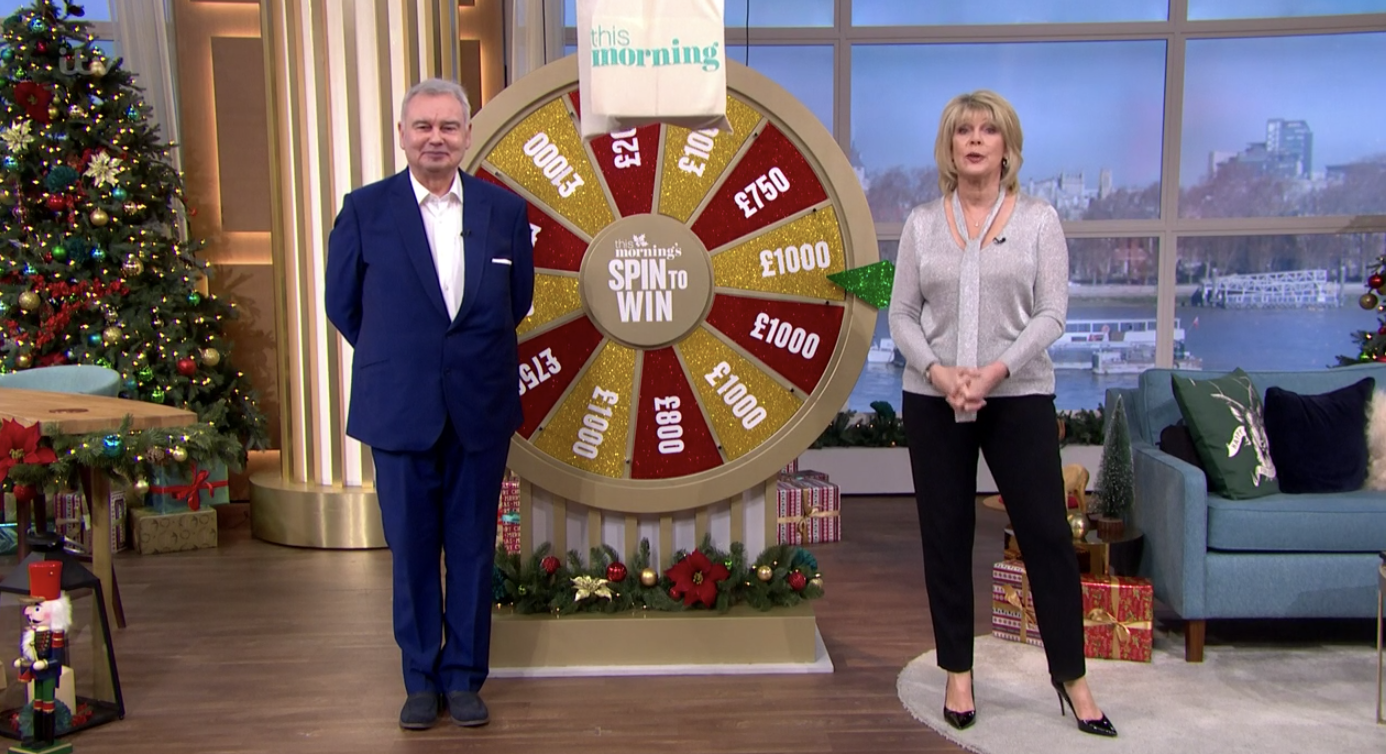 "Sorry Denise, but you're a loser," he said.

This Morning fans mainly loved Eamonn's sassy attitude saying, "I love when Eamon calls the Spin to Win callers out".

One Twitter user wrote: "Eamon destroying callers, making digs about age and not missing something till it's gone…this is gonna be great today."

Another said: “Sorry Denise but you’re a loser” f***ing eamon holmes has me screaming."

But others were not happy with Eamonn, calling him "rude".

"How embarrassing and demeaning and rude to do that to Denise, then Eamonn and Ruth wonder why they're being sidelined, awful way to speak to someone," wrote one Twitter user.