Eamonn Holmes, 60, and his wife Ruth Langsford, 60, were joined on This Morning by business owner Mark Hix to talk about the impact of coronavirus on the food industry. Back in April, shortly after the country went into lockdown, the Hix restaurant group went into administration. Since then, the guest has pursued a new venture with the Hix Oyster and Fish Truck and spoke with presenters from Morcombelake on Thursday. However, in a discussion about losing his business, Mr Hix accidentally swore and the ITV presenter had to step in to address the matter.

Discussing how he felt about his misfortune, the guest said: “I thought ‘Oh s**t,'” and proceeded to carry on whilst the hosts looked on with trepidation.

Eamonn then took the reins as he told Mr Hix: “Just before we get closed down as well, there are some words you’re not allowed to use on daytime television.

“I understand you’re emotional… I do have to apologise for that, thank you,” the presenter remarked before he let the guest continue.

With this being the second such incident of the week, the host quipped: “If we lost this job which is highly likely, we’ve had two guests swearing live this week.”

The moment didn’t go unnoticed as those watching at home quickly commented on the business owner’s slip on the tongue. 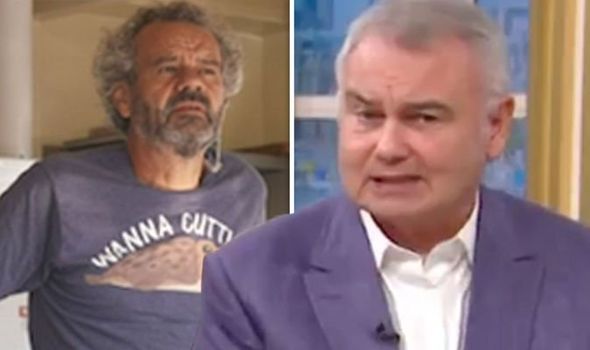 One wrote on Twitter: “Oh, come on. S*** is hardly the worst swear word that you can use on daytime tv.

“Anyone that’s offended by that really needs to have a talk with themselves. #ThisMorning,” they continued.

A second added: “Gotta love it when they swear on daytime TV #ThisMorning,” while a third commented: “He did a swear!!!!! #ThisMorning.”

Adding to the shocked response, a fourth posted: “Maybe @thismorning should do what Davina [McCall] used to do …announce you’re on live TV, please don’t swear #ThisMorning.”