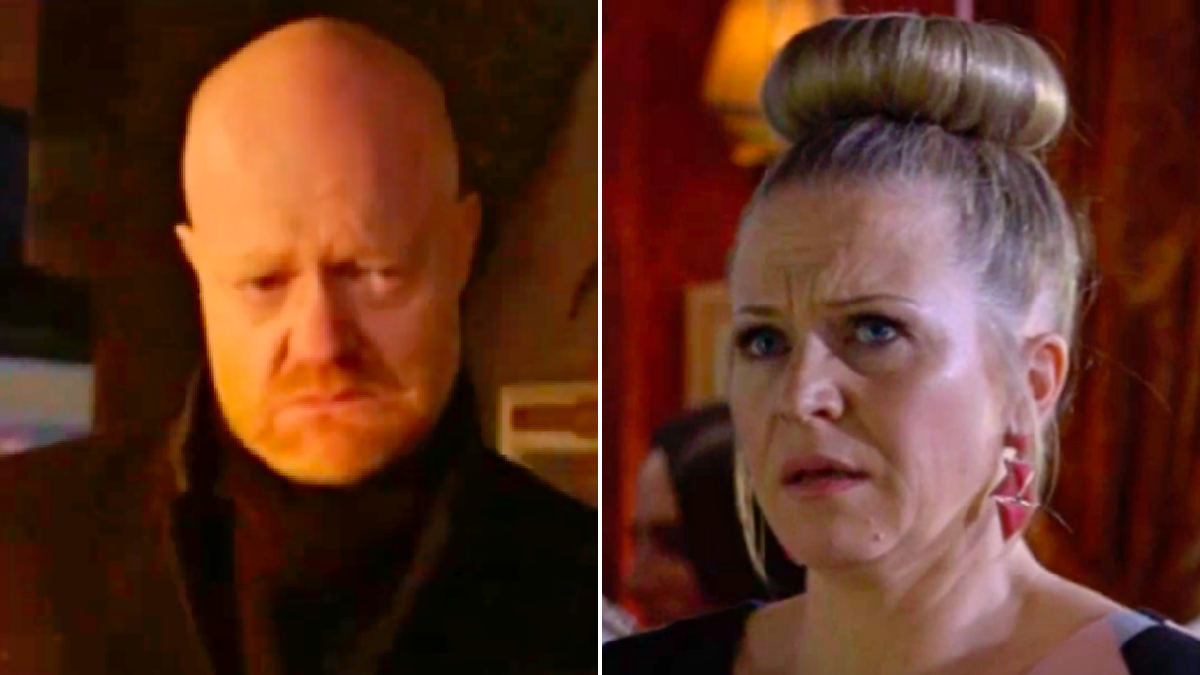 EastEnders landlady Linda Carter (Kellie Bright) was left concerned for the safety of her unborn baby, after discovering that Max Branning (Jake Wood) had taken off with Abi.

Abi vanished while in Paris with Jack (Scott Maslen), who had taken the young girl to visit Max.

Jack returned home in a state of panic earlier this week to inform Denise Fox (Diane Parish) about what had transpired.

The policeman called his brother again in tonight’s edition (June 10) of the BBC One soap, in the hopes of trying to talk some sense into him.

Max, however, refrained from answering the phone, and thus Jack left him a voicemail message, warning him of the seriousness of what he’s done.

Rainie Highway (Tanya Franks), meanwhile, was looking forward to having Abi back home, and she cleaned the place and bought the young girl a new cuddly toy.

She and Stuart (Ricky Champ) headed to The Vic to await Jack’s arrival, but Rainie was utterly broken when she learned that Max had absconded with Abi in tow.

When Linda got wind of this, she was similarly left in shock.

Viewers know that the pub landlady is pregnant with Max’s baby, and she’s spent the better part of this week contemplating how to let Max know he’s going to be a dad.

However, this new development will no doubt change everything as, if Max is capable of kidnap, will Linda really wants him in her child’s life?

EastEnders continues Tuesday June 15 at 7:35pm and 7:55pm on BBC One. Alternatively, all four of next week’s episodes will be available to stream on BBC iPlayer from Monday June 14 at 6am.