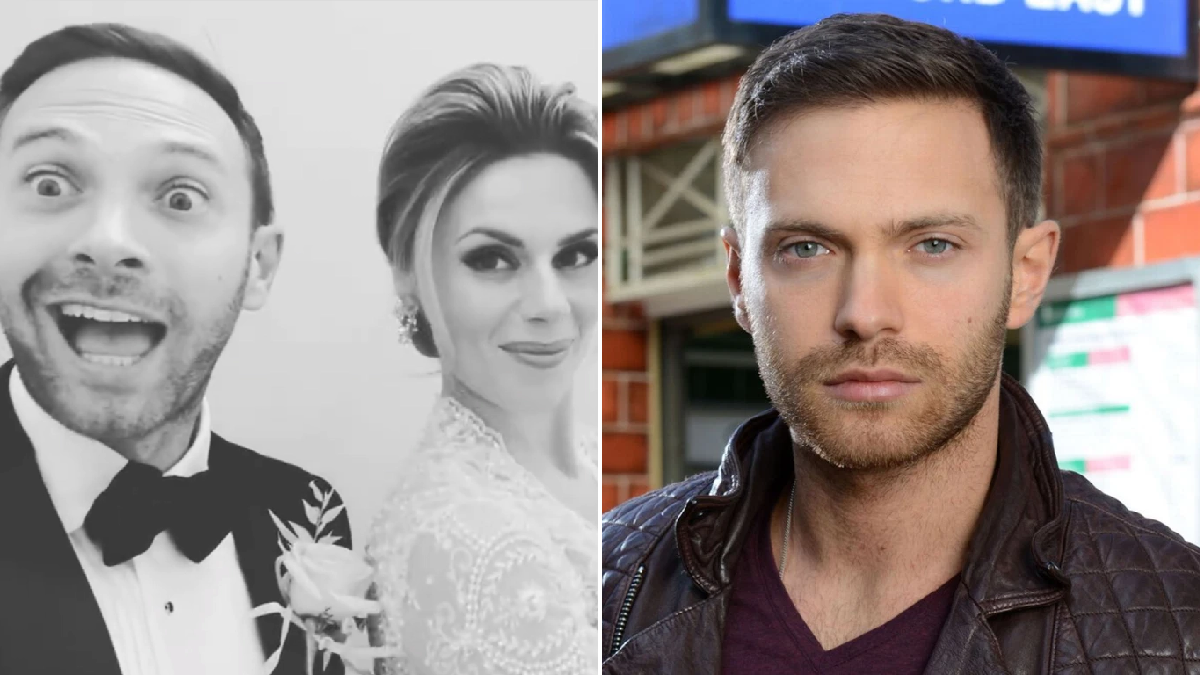 The actor, who played Dean Wicks in the BBC One soap, revealed the happy news over the weekend.

Taking to Instagram, the 34-year-old shared a black and white video of himself and Sophia, recorded at Grosvenor Chapel, London.

‘Married,’ he said in the short clip.

Matt later took to social media once more, this time posting a snap of he and wife Sophia having fun with the smoke machine.

Several of his EastEnders co-stars were quick to comment, with Roxy Mitchell star Rita Simons writing: ‘Congratulations you beautiful pair!

‘I’m so gutted I couldn’t be there! @sophiaperry Massive love you two!’

Matt proposed to longtime girlfriend Sophia in My 2019.

The happy couple gave their Instagram followers serious travel envy at the time, sharing snaps of their romantic holiday to the Dominican Republic.

Matt popped the question to Sophia, and the proposal involved a sandy beach, a bottle of champagne and pizza.

After asking Sophia to be his wife, the former soap star shared a photo of the engagement set-up, which included the stunning diamond ring placed inside the pizza box.

And of course, Sophia said the all-important: ‘yes’.