EASTENDERS' Max Bowden has reflected on "snogging Tony Clay's face off" on the one-year anniversary of their first kiss.

The 25-year-old actor joined the BBC One soap as Ben Mitchell last year – and quickly made an impression as the bad boy seduced Tony's character Callum Highway. 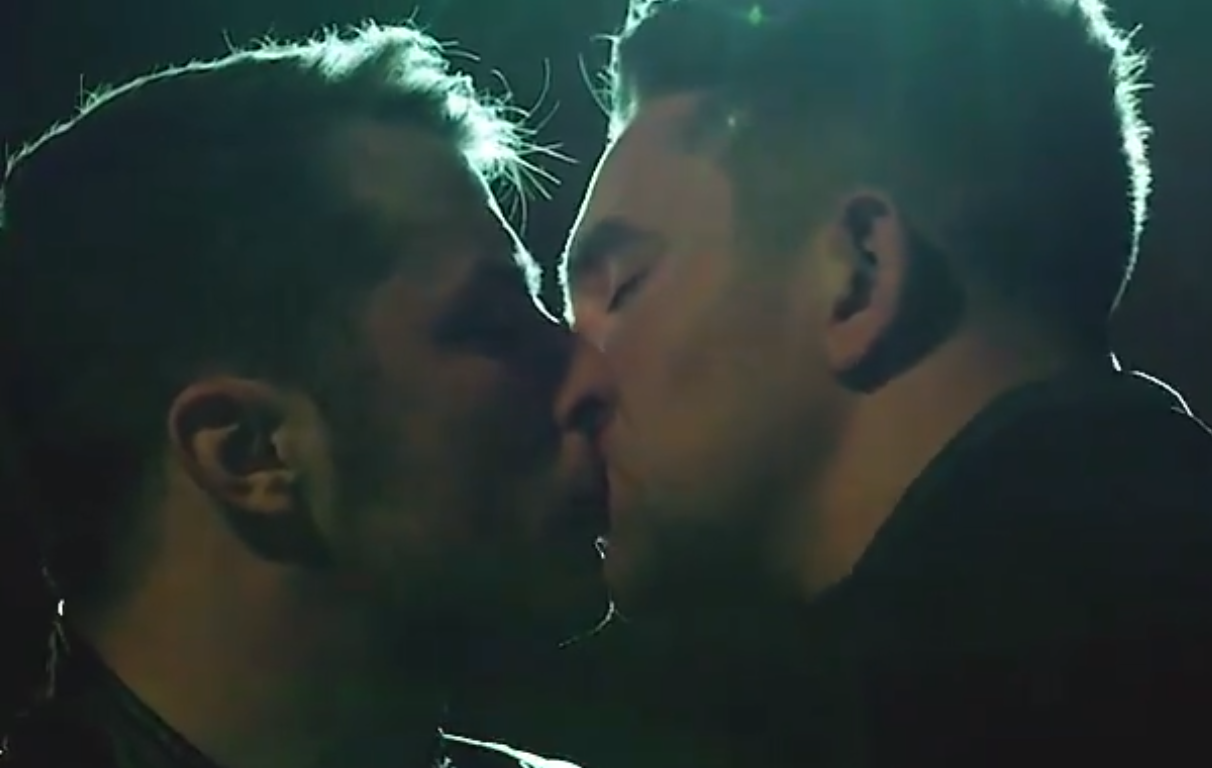 Callum was engaged to Whitney at the time and in denial about his sexuality, but the two men's building romance came to a head when Callum tracked Ben down in the park late at night.

After an emotional confrontation, the pair shared a passionate smooch before enjoying a raunchy fumble together.

An EastEnders fan account tweeted the moment, writing: "This scene was filmed a year ago!"

Max added some more detail as he retweeted, sharing: "Wow, is that right? A year ago we filmed that!? 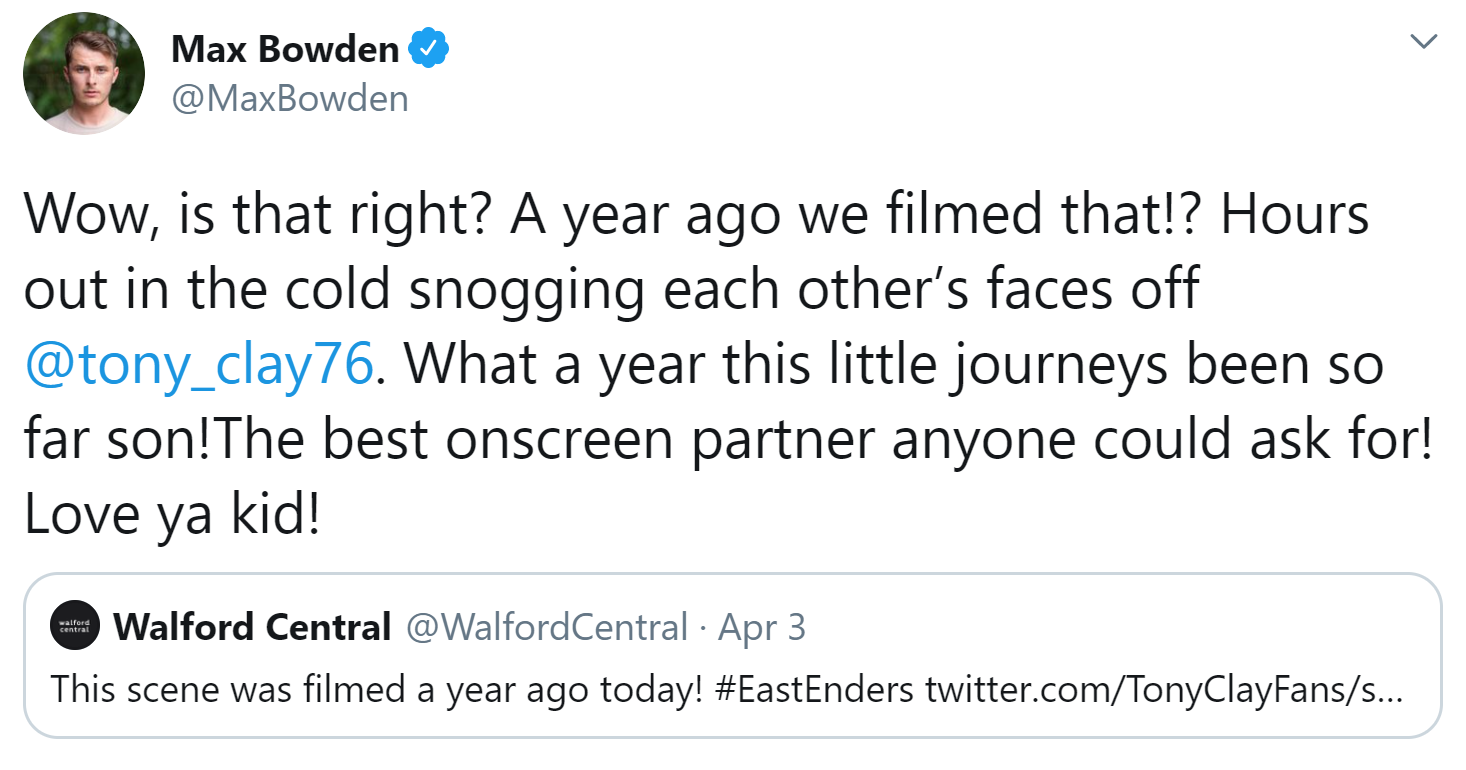 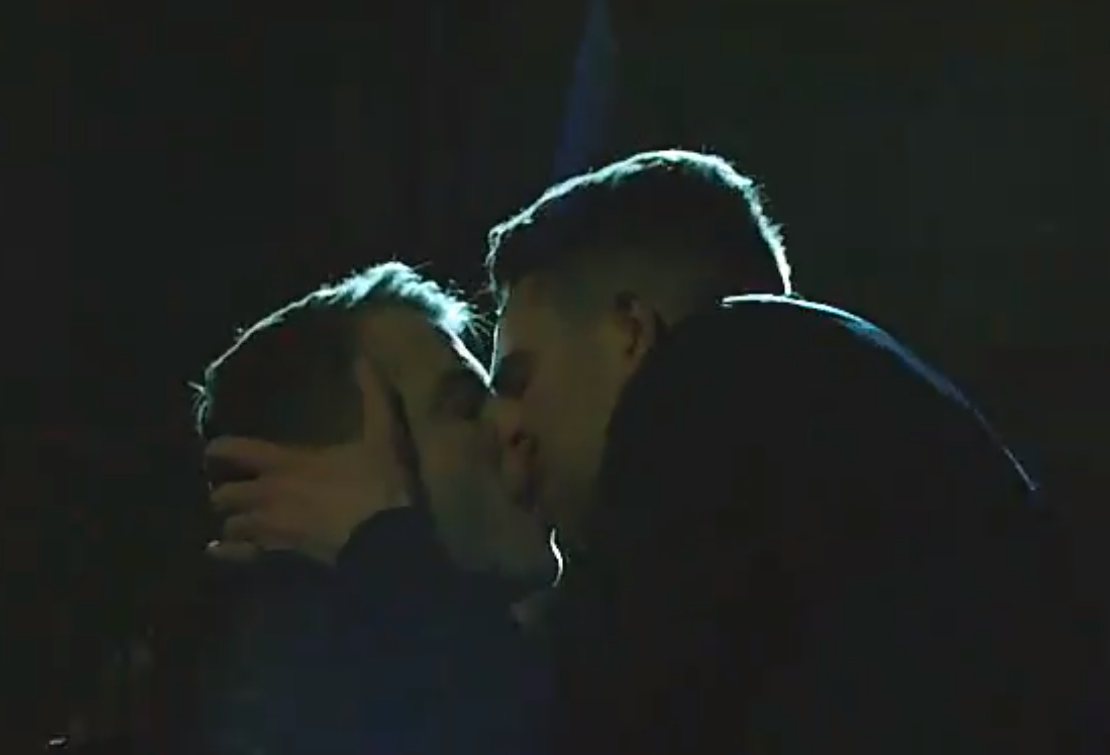 "What a year this little journey's been so far, son! The best onscreen partner anyone could ask for! Love ya kid!"

Fans went wild for the unprecedented 'Ballum' moment, with one follower replying: "it’s fine. i’m fine. everything is fine. i am not going to cry."

Another gushed: "What a year you have given us. We’re so lucky to have you both. Long may it continue!" 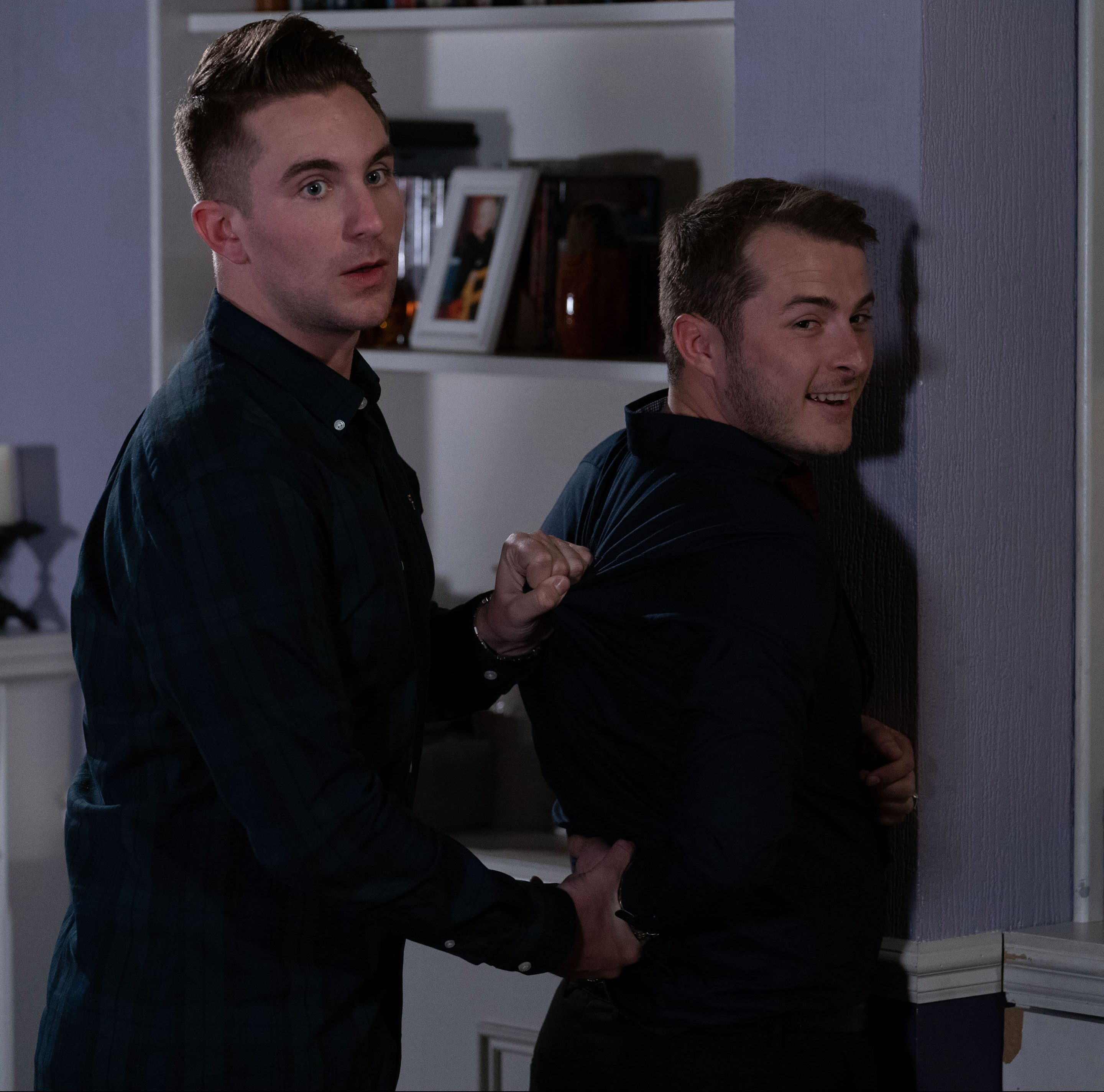 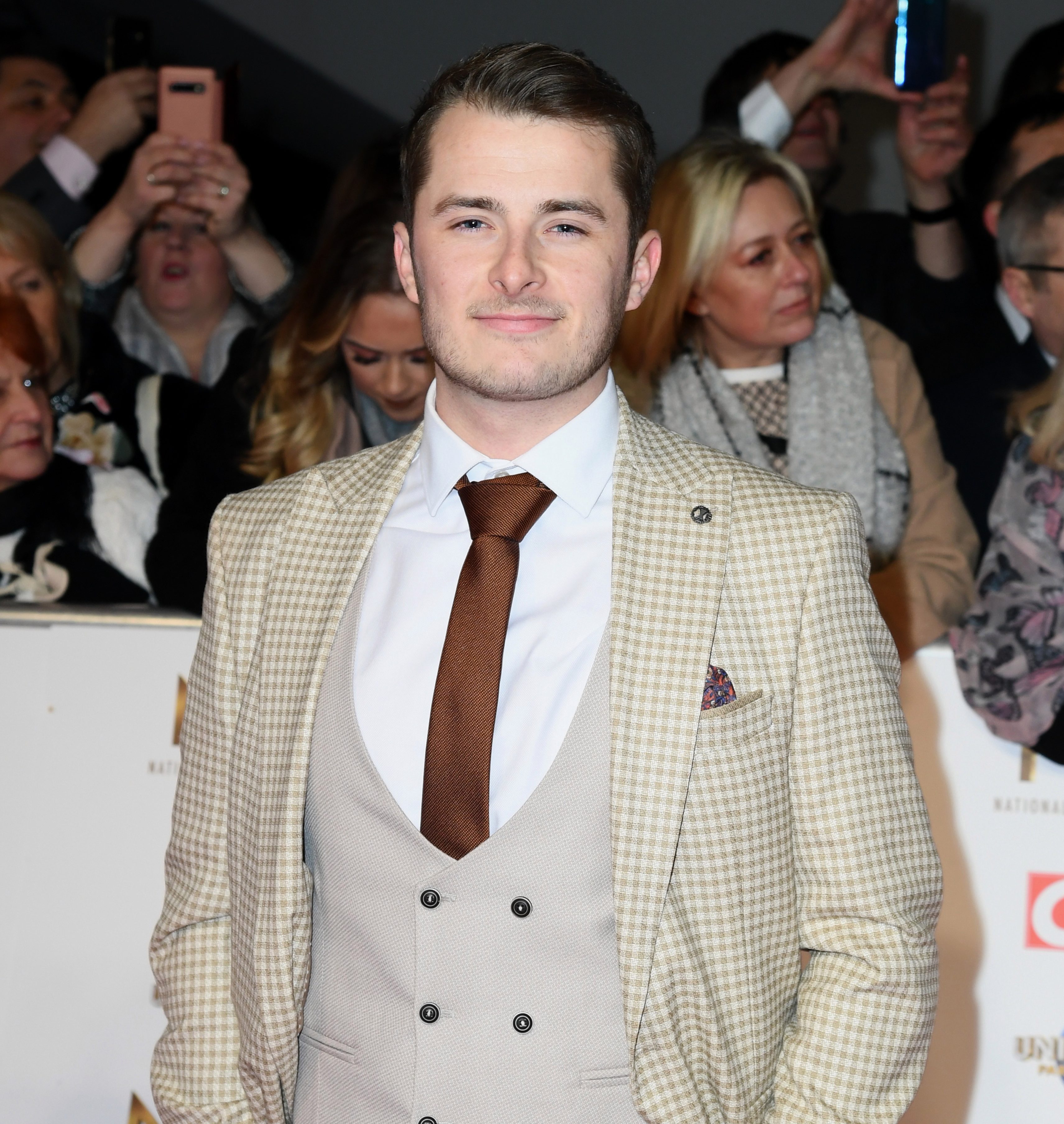 Ben and Callum have had a dramatic ride since that initial smooch, with Callum having to deal with the consequences of leaving Whitney and coming out as gay.

He was then left devastated when Ben fought for his life after being shot in Hunter Owen's Queen Vic siege.

Ben also brutally dumped Callum just before Christmas after fearing his boyfriend would get caught in the middle of his dangerous lifestyle – and his fears were proven right when Keanu kidnapped Callum and held him hostage earlier this year.

The pair are currently together, but things are far from perfect as Callum desperately tries to support Ben through his loss of hearing from the River Thames' boat crash in February.