Denny Rickman (played by Bleu Landau) died last month during the tragic boat party accident, and it was all because of Ian Beale (Adam Woodyatt). But Phil Mitchell (Steve McFadden) will return this week desperate to talk to Sharon Mitchell (Letitia Dean) on the day of Denny’s funeral, but has he found out Ian’s dark secret?

Ian went for Denny when he found out Denny had been ultimately responsible for Bobby Beale (Clay Russell Milner) being brutally beaten up and left in a coma.

But when tragedy struck and the boat started sinking, Denny was left locked below deck as it quickly filled with water.

Ian tried to get Denny out and did, but at the last minute the bottom of the boat was left completely submerged in the water and Denny drowned. 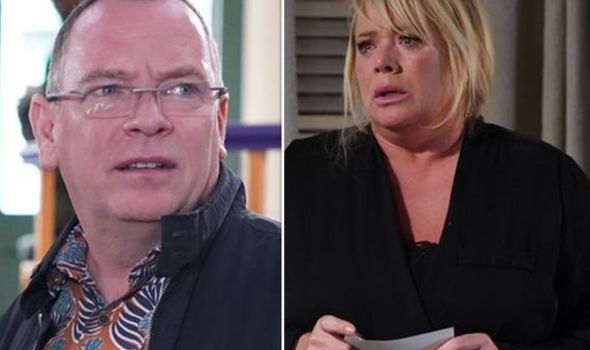 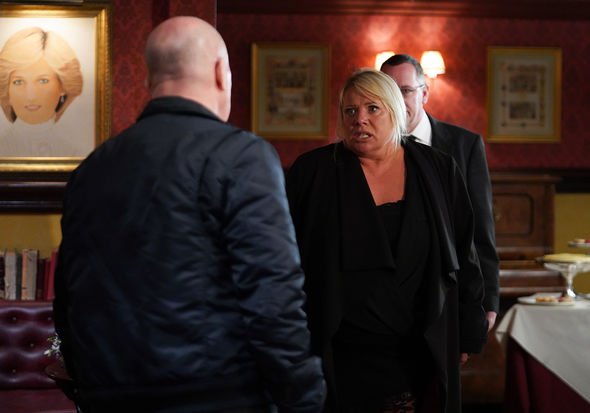 Since then Ian has done everything in his power to hide his terrible secret from Sharon Mitchell who has been struggling with her grief.

But, In upcoming scenes, the residents will gather for Denny’s funeral and a distraught Sharon will struggle to hold it together.

In a devastating turn of events, Phil will show his face at the funeral and it isn’t going to go down well. 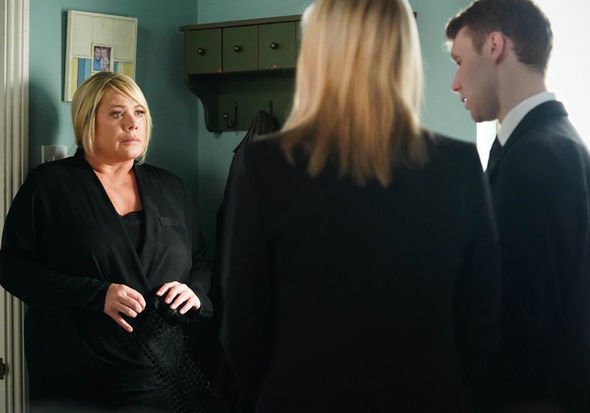 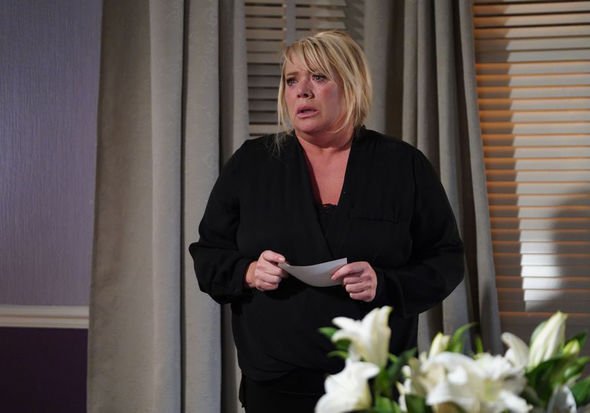 Phil has been keeping a distance since the boat party, which saw him and Ben Mitchell (Max Bowden) try and get their ultimate revenge on Keanu Taylor (Danny Walters).

However, Phil will make an explosive return this week urgently needing to talk to Sharon about something.

What should be a peaceful ceremony will quickly descend into chaos and Sharon will blame him for Denny’s death, throwing herself at her estranged husband.

But what does the future hold for Sharon if she is unable to deal with her grief and face the truth?

Ian and Kathy Beale (Gillian Taylforth) will be forced to intervene but Phil will be determined to speak to Sharon.

Could Phil have returned because he found out what Ian really did?

Sharon will refuse to listen to a word her estranged husband has to say, and will eventually be forced to call the police.

However, by the time the police arrive Phil will be nowhere to be seen, but how will Sharon react when she finally realises just whose fault it was?

Phil and Sharon haven’t exactly seen eye-to-eye recently after it was revealed at Christmas that Sharon’s baby was in fact the result of a long affair with Keanu.

But, will she be able to see through the dark cloud she has been living with to understand the extent of Ian’s lies?

And will the grieving new mother be able to finally accept baby Kayden, or will Karen be forced to raise him for the rest of her life?

EastEnders continues on BBC One on Monday at 8pm.