Vinny Panesar (played by Shiv Jalota) and Dotty Cotton (Milly Zero) recently struck up a friendship on EastEnders and this week decided to hold a huge house party. However, because of a social media post, the Panesar house was suddenly flooded with strangers and the police were called. Keegan Baker (Zack Morris) and Tiffany Butcher (Maisie Smith) were walking to the party when the police showed up and tackled the aspiring entrepreneur to the ground. Could this be the start of an exit for Tiffany?

Keegan and Tiffany haven’t had the easiest ride recently after he was tackled to the ground by police once again last month when his wife’s engagement ring was stolen.

The police believed it was Keegan who was responsible for the ruckus and the young man was left with face injuries from the tackle.

Keegan later told his dad Mitch Baker (Roger Griffiths) he had only been attacked because of his race.

However, this week saw the same thing happen again leaving Tiffany distraught as Keegan was blamed by police when there was an incident at Vinny’s party. 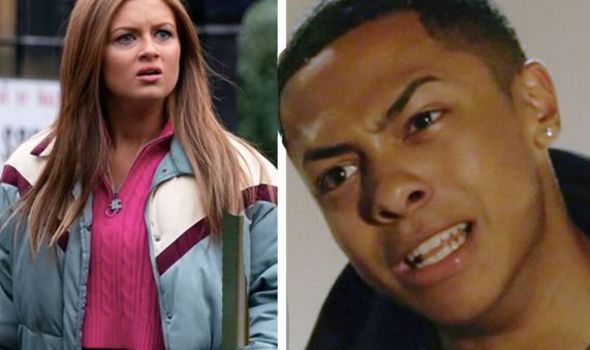 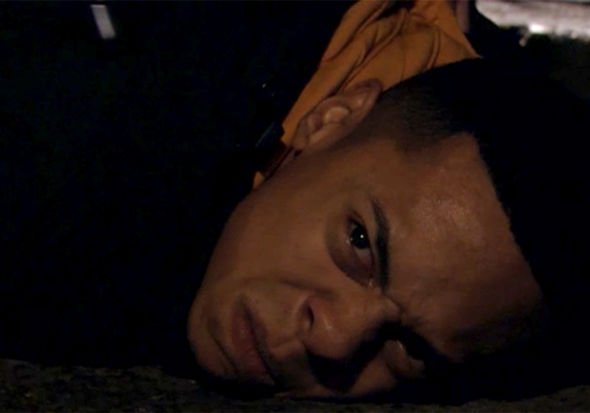 Vinny had decided to throw the party to end all parties and advertised it all over social media.

This meant hundreds of people turned up and ended up destroying the Panesar house.

Earlier in the week Keegan had been struggling to get his business up and running and looked into a dodgy loan system.

Tiffany meddled for the right reasons and in the end, Kheerat Panesar (Jaz Deol) offered to help him out.

Tiffany and Keegan celebrated with an afternoon in bed before deciding to head out to the party. 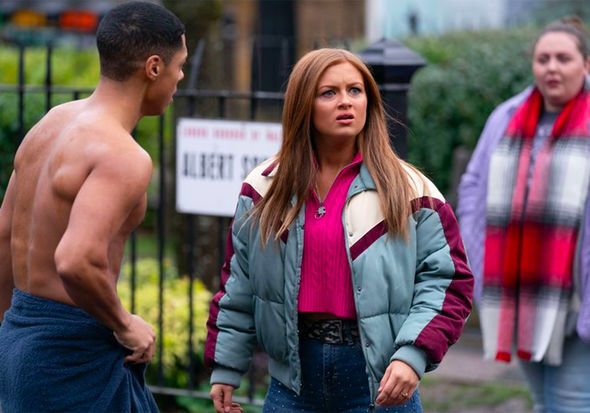 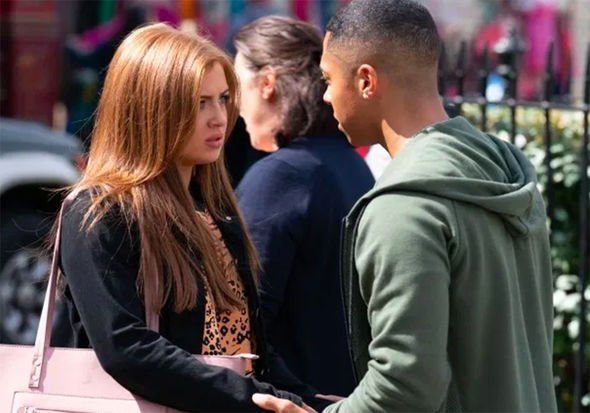 The couple left the house just as the police descended to put a top to Vinny’s party.

To keep Tiffany safe Keegan grabbed her hand and tried to run back to the house but this just raised suspicions and he was arrested there and then on suspicion of vandalising a police vehicle.

Keegan was driven off in a police van and Tiffany was left sobbing in the street.

With Tiffany struggling to understand how Keegan is feeling, could she decide to put a pause on their marriage?

Fans were furious Keegan had been arrested once again for no reason and took to Twitter to slam the incident.

One viewer said: “That bodycam footage might show Keegan resisting arrest but it still DOESN’T actually prove he threw the bloody brick in the first place does it? #Eastenders.”

Another added: “How many times do they want to arrest Keegan #EastEnders.”

“Okay but why did they arrest keegan?? did they think he threw the brick or is it bc he started running away?? i’m so CONFUSED,” said a third.

In upcoming scenes, it seems unlikely Keegan will be released anytime soon as he is seen in a cell.

Tiffany’s uncle, Jack Branning (Scott Maslen), will try and intervene but he could just make things a lot worse.

Not only this, but the couple’s bad week will also only continue to get worse when Tiffany delivers some awful news of her own that could have huge implications for the couple’s marriage.

EastEnders continues on BBC One on Mondays at 8pm and Tuesdays at 7.30pm.