Lawyer Gray Atkins (played by Toby-Alexander Smith) has been busy for the past few months in EastEnders, working on Whitney Dean’s (Shona McGarty) case as she awaits the murder trial for Leo King (Tom Wells) whom she stabbed to death in self-defence. Little does everyone in Walford know, behind closed doors, Gray has been abusing his wife Chantelle (Jessica Kate Plummer). So is it almost time for the truth to come out about what he’s really like?

Chantelle, Gray and their two children moved to the square last year and on the surface, it seemed like they were a perfectly happy couple.
She is the daughter of Karen Taylor (Lorraine Stanley) and Mitch Baker (Roger Griffiths), who live across the road. So she has plenty of support from her family to take care of their children.
However, they are completely oblivious to her husband’s bullying ways and has had to deal with his abuse for years in silence, feeling like she is unable to speak to anyone about it.
Earlier this month, Gray beat her up after he thought she told her dad he had been fired from the law firm when it was actually Mitch who found out by himself by calling his old place of work.
She was left with a number of bruises across her rib cage, but eventually she forgave him and tried to move past it. 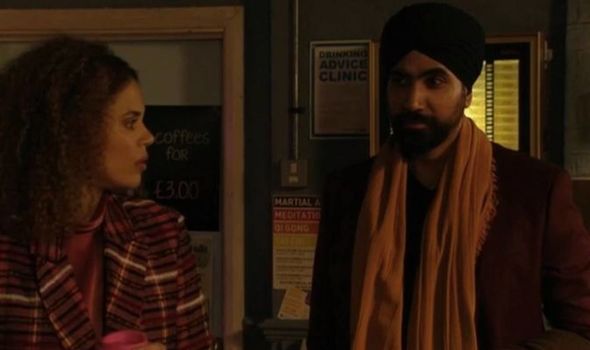 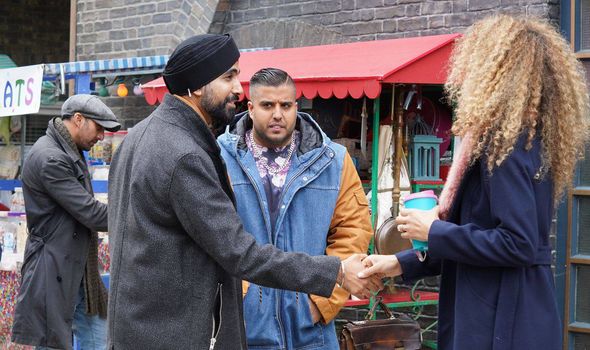 But as Whitney’s murder trial looms, Gray is clearly getting more stressed by the work he’s got to do to try and get her a not guilty verdict.
Despite trying to reassure him, Gray has been continually snapping at whatever Chantelle says, leaving her and the viewers on edge.
Both Karen and Mitch have been close to finding out what’s really going on a few occasions now but Gray has still been able to hide the truth with help from his wife.
However, his luck could soon be running out thanks to new neighbour Kheerat Panesar (Jaz Deol). 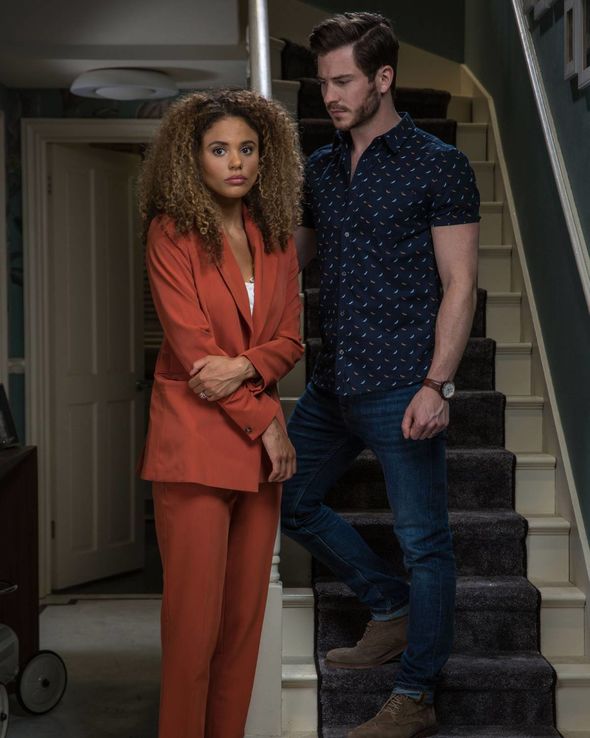 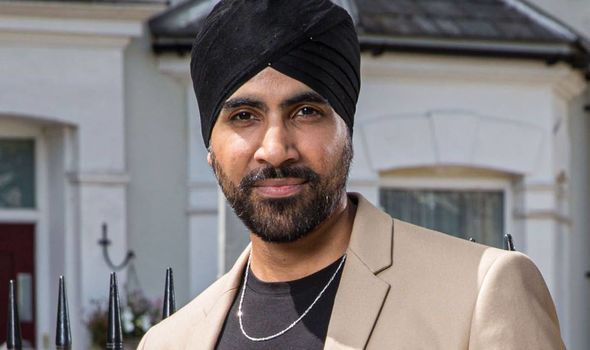 When the Panesar family moved to the square, Jags (Amar Adatia) said he knew Chantelle from when they went to school together and had even been on a date with her.
But the chemistry between her and his brother Kheerat was clear from the get-go, despite her continually referencing the fact she is married.
As Gray no longer wanted her to work at the hairdresser, Chantelle got a job at the Panesar family’s call centre which is due to officially open.
In next week’s episode though, this could be the start of someone finding out what Gray is really like.

Shortly after setting up at the call centre, there will be a power cut where Kheerat and Chantelle will be trapped inside together unable to get out.
Chantelle knows Gray is trying to get hold of her, so is anxious to get out and explain what happened.
But will Kheerat see something is wrong with his new employee and ask her why she is really upset?
Kheerat has shown he is interested in getting to know Chantelle on a few occasions now and even helped younger brother Keegan Taylor (Zack Morris) with a loan for his business.

The two of them, however, have not been alone before so Chantelle is bound to feel scared how Gray would react.
If they are alone together for longer than expected, she could start to open up about her life at home and how Gray has been treating her.
Could Kheerat be the one to help Chantelle and stop her abusive husband at last?
Eastenders continues next week, Monday, April 27, at 7.30pm on BBC One.