Emmerdale lines up affair for Liam with unlikely resident hours after marrying Leyla?

Emmerdale: Luke Posner sees Victoria as he leaves the village

Emmerdale fans saw Liam Cavanagh (played by Johnny McPherson) and Leyla Harding (Roxy Shahidi) say “I do” to one another this evening after several hiccups. But the final scene of the episode saw Liam listen back to the voicemails of Bernice Blackstock (Samantha Giles) – the voicemails he told Leyla he had deleted. Is the doctor having second thoughts hours from becoming Leyla’s husband?

Earlier in the episode, Bernice was left with the wrong impression when it came to Liam.

She thought her ex-finance was still in love with her and was getting cold feet about marrying Leyla.

Viewers saw the hairdresser put on her wedding dress – the dress she was meant to wear to walk down the aisle to Liam – and prepare herself to gatecrash Leyla’s big day.

Leyla soon found out about Bernice’s plan and headed over to have it out with her, only to be horrified at seeing her nemesis dressed in white.

Liam followed with Priya Sharma (Fiona Wade) in tow and he told his ex he had moved on and wanted to marry Leyla. 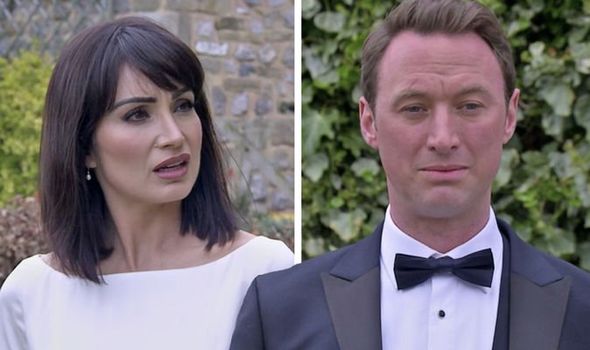 “My feet aren’t cold, actually they are incredibly warm!” He argued and Leyla added: “You had your chance with Liam and you walked away from him.”

“If I had known the vultures were already circling I would’ve thought twice about leaving him unattended for five minutes!” Bernice cried.

“But you did!” Leyla exclaimed. “And here we are, he is not pining for you and I am not a rebound, we love each other, we’re best friends, we make each other ridiculously happy. If none of that matters to you and you think you can snatch him back, well maybe that is the reason you are so painfully alone. Because you deserve to be.”

“That was a bit harsh,” Bernice muttered but Liam defended: “I think her emotions are perfectly justified,” and when Bernice asked him whether this was what he wanted he said: “Yes.” 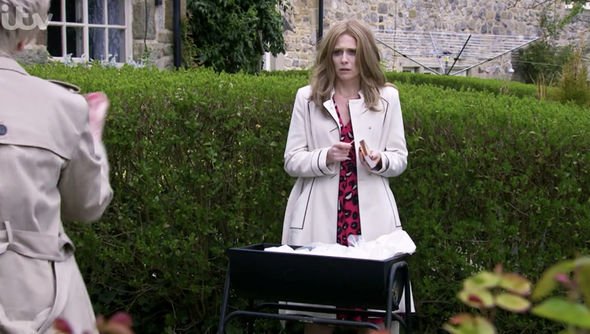 “If you have any doubts, now is the time to get them off your chest!” She continued.

“What I want is to marry my beautiful bride and begin our life together. Please, Bernice, please, accept that,” the doctor commented.

Leyla and Liam did get married and Bernice was nowhere near the venue.

But when Leyla excused herself from the wedding reception to pop home and change her shoes and Liam took this as an opportunity to listen to what Bernice had said on the voicemails the night before.

The first message was: “Hi Dr Cavanagh, it’s me Bernice, it was so lovely to see you today. Goodbye.” 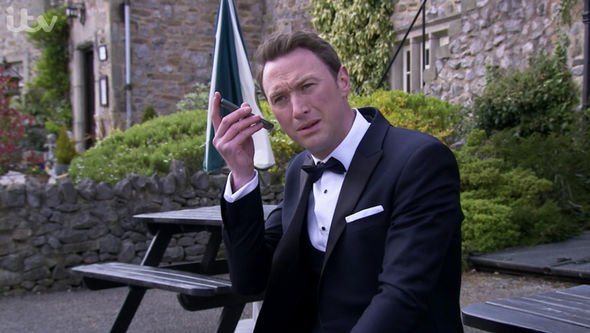 He then pressed play on number two which heard his ex laughing: “Hi Liam, I don’t know why I called you Dr Cavanagh, that was weird!”

The final message said: “I’m just going to say what we both know you’ve been waiting for me to say; don’t marry her, you’re making a terrible, terrible mistake. I love you.”

And as he was listening to Bernice confess her love for him, Diane Sugden (Elizabeth Estensen) was walking down a side road to the Woolpack and overheard.

After putting his phone back into his jacket, Bernice then appeared and waved at Liam, who then waved back.

Is Liam having second thoughts about marrying Leyla already?

Fans seem divided about who Liam should be with.

One on Twitter said: ”Bernice has turned in to a parody and not a very nice character at all. Hope the writers haven’t sent Liam off with Bernice, the on air chemistry isn’t there like it is with Liam and Layla, which is natural and funny.”

“I hope Leyla will have happiness and Bernice gets that smirk wiped off her face,” someone else remarked.

A third added: “I think Layla and Liam are a great pairing. Bernice is a doolally.”

“Team Layla all day long. Bernice is an irritant who not only left him and hooked up with her ex, she also abandoned her daughter. A selfish, neurotic, shameful person,” a fan strongly argued.

Emmerdale is available to watch on the ITV Hub due to the Euros.