EMMERDALE fans are in shock after Kim Tate had Noah Tate freed from police custody – and blackmailed his mum Charity with it.

The original soap superbitch – who is played by actress Claire King in the ITV soap – overheard Noah’s predicament and saw an opportunity to get Charity under her control. 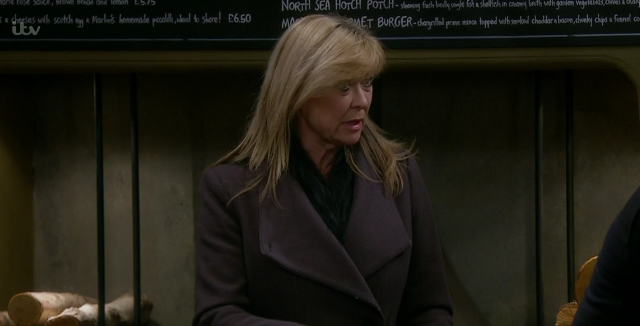 After waiting for the Dingles to turn on Charity for not handing herself in to save Noah herself after he took the wrap for her burglary of Home Farm.

As Charity hit breaking point, Kim walked into the pub and dropped the bombshell she had saved Noah.

She said: “I think the least you can do is get me a drink, especially as I’ve just got your son off the hook. 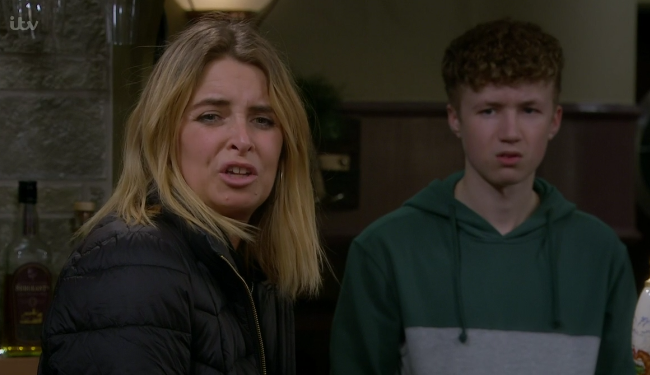 “I’m gifted with charm. I simply confirmed Noah’s story – that he’s my relative and it was an unplanned visit. A misunderstanding.

“Fortunately for Noah, family actually means something to me. Thank you Kim for doing what I couldn’t because I’m too gutless.

“Well at least your son has manners – must be the Tate in him.”

However when left alone, Kim revealed the true reason she had decided to save Noah – so she had something to blackmail Charity with. 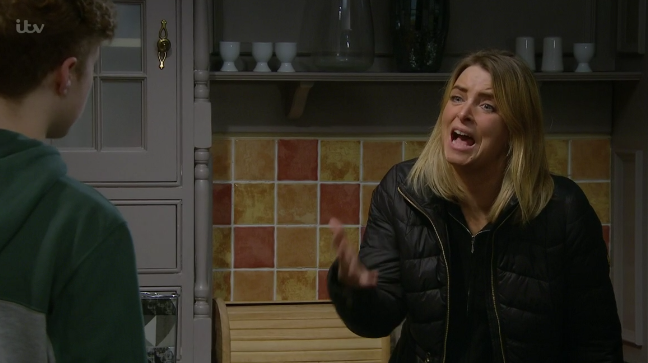 As Charity demanded to know why, Kim told her: “Well that is the million dollar question.

“You saw them – they despise you. You hung your own son out to dry.

“And to top it all I came in riding to the rescue. It was just too good to miss.

“Well I must say that thank you was an unexpected treat. That was merely the warm up.

“You see you owe me Charity. And whenever I decide I want that debt repaying, probably when you least expect it, I’ll come knocking at your door.”

Fans were in shock at Kim’s scheming – and feared for Charity.

One lamented: "Charity is in debt to Kim."

A second said: "Kim has the whole village on a puppet string."