Last month, Chas Dingle (played by Lucy Pargeter) left Emmerdale with baby Eve for Scotland. She said Debbie Dingle (Charley Webb) had invited her to stay and she felt she and Paddy Kirk (Dominic Brunt) could do with space and time to reassess their relationship. However, it seems the Woolpack landlady is back in the village but keeping low, has she something to hide?

“Still no sign of Charity? It’s got to be a good thing, right?” Chas said in a preview clip for an episode airing next week.

“How would we know, we don’t get told anything -“ Noah Dingle (Jack Downham) remarked and Sarah Sugden (Katie Hill) added: “Like why you stayed here last night?”

Chas explained: “Because Charity asked me to stay didn’t she!”

“You only live across the road! And we can look after ourselves,” Noah commented. 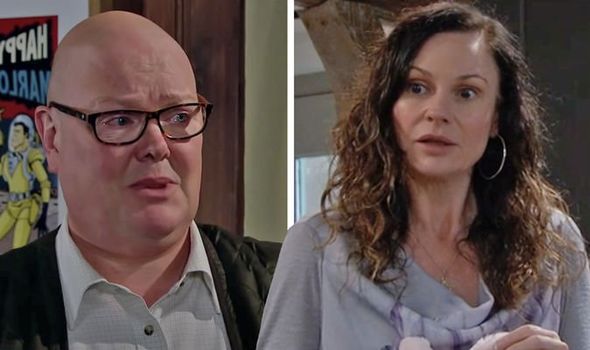 “And so can Paddy. Which means you get my undivided attention,” their family member replied.

“Or you’re trying to hide something as well,” Sarah muttered, and Noah continued: “Paddy has been all weird since you left.”

Stunned by their comments, Chas hit back: “Let’s not worry about Paddy, you asked me for my help and here I am. Although it’s probably best you don’t mention that I’m back!”

“So there is something going on?” Sarah asked and Chas didn’t delve too deep: “It’s complicated.”

It comes after this week’s official soap spoilers hint at Chas hiding something. 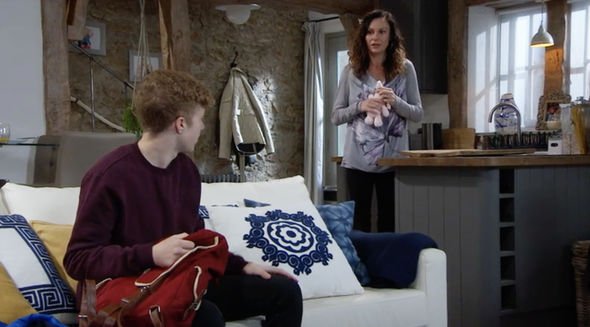 Unbeknownst to him, it will be a few days before Paddy realises his partner is back in the Dales, and he is struggling to work out why she wouldn’t have informed him.

When he does see Chas, she apologises and explains how her return was only meant to be fleeting, to help Charity in her time of need and then for her to go back to Scotland.

Realising her error, Chas speaks to Charity, who urges her to sort out her relationship with Paddy before it’s too late.

Paddy is also determined to confront Chas and has some Dutch courage before facing her. 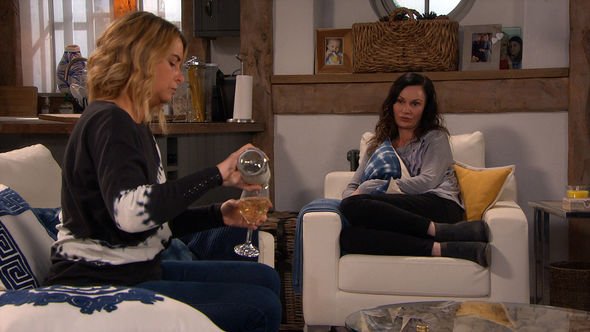 But, his plan is interrupted by Mandy Dingle (Lisa Riley), who decides to con her ex into heading to the Dingle’s cottage instead.

Once he’s there she does her best to distract him from his problems by plying him with booze.

However, Mandy wasn’t very quiet about her plan as Bear Wolf (Joshua Anthony) overheard her and he informs Marlon Dingle (Mark Charnock) about what’s going on.

The chef is worried Paddy’s ex is not the best person for him to be getting drunk with.

And when Chas arrives to talk to Paddy, Marlon and Bear try to stall her for as long as possible, but Marlon crumbles, telling her Paddy is on the lash with Mandy.

The mother-of-two then realises shimmy have driven Paddy into the arms of her ex.

But, this may not be a bad thing should Chas reveal her own goings-on in Scotland.

Did she have a liaison with a mystery man while she was away?

When Paddy and Chas do finally sit down and discuss their actions, Paddy will be apologetic as always, but maybe Chas will soothe his panic with her own confession.