ITV soap fans were left on a cliffhanger on Friday as DI Malone (played by Mark Womack) arrived at the church to talk to Harriet Finch (Katherine Dow Blyton). The two spoke about their past relationship and today the two slept together in the church, nearly getting caught by Dawn Taylor (Olivia Bromley). But, after months of working hard with social services on Emmerdale, Dawn could lose her son for good when Harriet’s affair is exposed.

DI Malone turned up on Emmerdale a few months ago looking for his gun, but when he realised it had been passed between Will Taylor (Dean Andrews) and Cain Dingle (Jeff Hordley), the dodgy copper decided to stick around.

Earlier this year, little Lucas found the gun and pointed it at Will, Harriet and Billy Fletcher (Jay Kontzle).

Knowing how volatile the current situation is with Dawn’s custody battle, Harriet quickly told Cain to get rid of it.

But, when Cain thought he heard rustlers on the farm, he shot at them only to realise it was Nate Robinson (Jurell Carter). 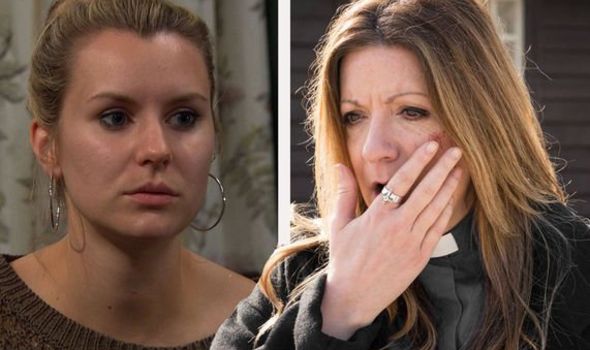 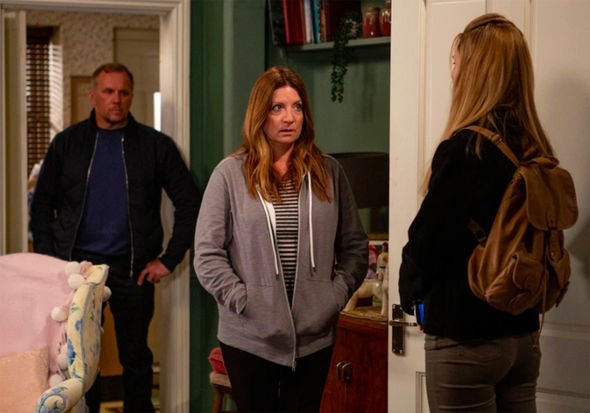 However, when DI Malone turned up, he quickly found out what Cain had done and began using the shooting as a bargaining tool to get Will, Cain and Billy to do his dirty jobs.

Last week, things got more serious when DI Malone had Will beaten up after thinking he had been double-crossed, and weeks of secrets came out into the open.

Harriet was furious and swore she would never forgive Will, but things took an even more shocking turn tonight as it was revealed she and Malone have a romantic past.

DI Malone and Harriet spoke about the policeman’s ex-wife and he suggested the two of them get a hotel room. 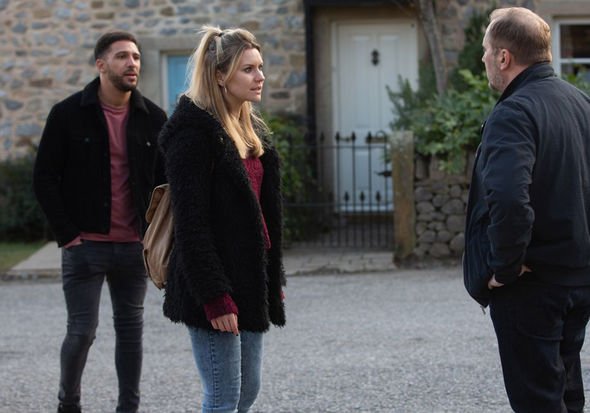 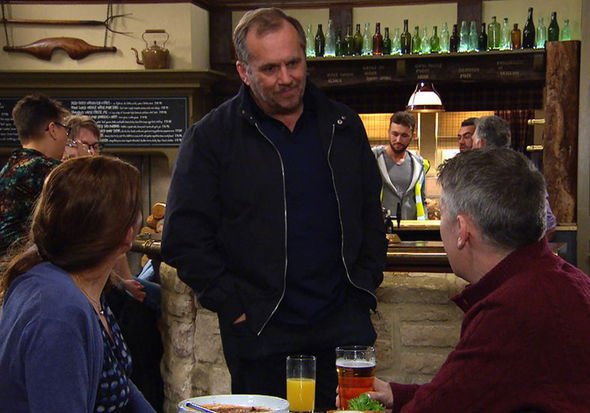 However, later in the soap, Dawn came looking for Harriet to get advice on her current situation, but the vicar was otherwise engaged.

Harriet came out from the back of the church looking flustered and viewers were shown Malone doing up his trousers.

With Dawn looking for help, Harriet was put in a tricky situation, but when the subject got onto her fight with social services, the vicar knew she had made a mistake.

Harriet said: “Look, he won’t. Billy and Will are nothing like the men who have hurt you before.

“We need to remember that social services are watching us like a hawk. We’ll be ok, I promise. Don’t be scared.”

Viewers know how hard Dawn has been trying to impress social services to prove she is fully recovered and ready to be the best mum she can be to Lucas, but if DI Malone is rejected by Harriet after obviously wanting more from her, he could start meddling in Dawn’s life.

Also, it has been made very clear that any change in the family dynamic could result in them losing Lucas for good.

Will is going to vow revenge on Malone in upcoming scenes, but what will he do if and when he finds out about the affair after promising to be a much better partner?

Dawn could be forced to leave the village if she loses Lucas as it would be far too painful, possibly leading her back to her old ways.

Tonight ended with Malone texting Harriet to meet up again, but is she really willing to jeopardize the family she has built for a dodgy copper?

But, what does the future hold for little Lucas after tonight?

Emmerdale airs on ITV Mondays, Wednesdays and Fridays at 7pm.