Emmerdale fans saw Leyla Harding’s (played by Roxy Shahidi) tormentor exposed as Gabby Thomas (Rosie Bentham) during last night’s episode. It comes weeks after the Take A Vow office was trashed, clients were cancelled and an online dating profile was set up. While many viewers are utterly confused as to why the teenager is targeting Leyla and not Liam Cavanagh (Johnny McPherson), some have realised a plot twist.

“I’ll tell you what I’ll do, I’ll give you a call again once the system is back up and running,” Leyla told the other person on the end of the phone.

A clang was then heard from the other side of the room and Leyla jumped, exclaiming: “Who’s there?”

A hooded figure wearing all black darted to the door and Leyla was seen picking up a vase and throwing it in the same direction.

“Why are you doing this to me?” she screamed as the glass shattered on the forearm of the vandal. 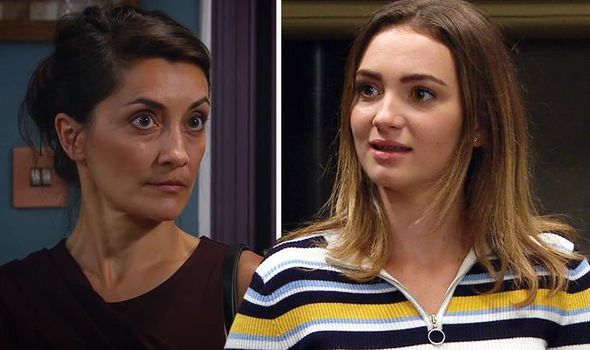 The wedding planner then turned on the office lights and noticed the damage done to her property.

At that moment, David Metcalfe (Matthew Wolfenden) walked through the door: “What on earth?” he commented in reference to the room being trashed.

“Did you see them? They must’ve gone right past you,” Leyla asked.

“See who? I didn’t see anyone!” David replied. 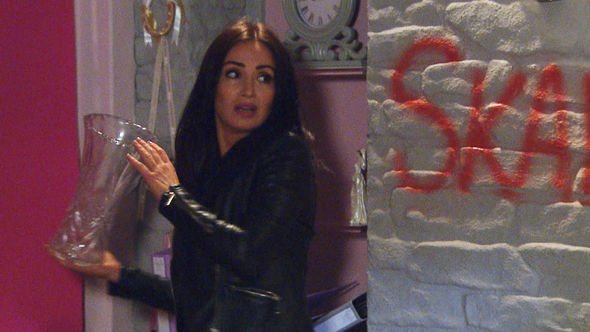 “I came in right in the middle of it,” Leyla explained. “I’m fine. They got off when I threw that vase at them.”

“Do you have any idea who it could be?” her former partner questioned as she replied: “No, it was dark, and he had his face covered. Or she, I don’t know.

“Someone is obviously out to get me,” Leyla blubbered.

The two then discussed whether or not it was Kim Tate (Claire King) behind the vandalism. 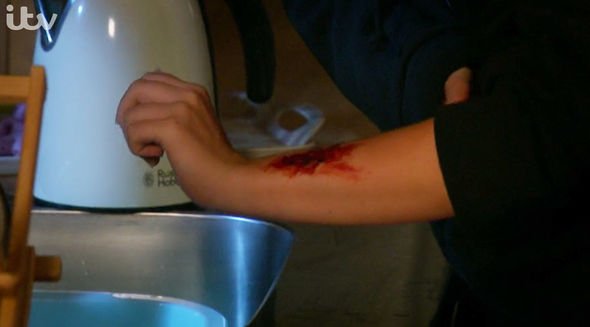 “Whoever it is David, I just don’t feel like they’re going to stop until they’ve really hurt me. Who is it that could hate me that much?” Leyla added.

Fans immediately flocked to Twitter to discuss the next scene in which Gabby revealed the injury on her arm from where the vase hit her.

“#Emmerdale I’m a little confused. Why is Gabby doing this?” someone said.

Another added: “I don’t understand this. Why has Gabby got beef with Layla?  #emmerdale.”

“Doesn’t make any sense why Gabby’s the one terrorising Leyla!!! #emmerdale,” a third wrote.

One suggested a plot twist: “I knew it was ghastly Gabby. Her arm will turn septic and she’ll be rushed to see Manpreet. Anyway I thought the vase hit her upper arm #Emmerdale.”

With such a severe injury, Gabby is going to have to seek medical help at some point if she wishes to not get an infection.

However, with patient-doctor confidentiality, Manpreet Sharma (Rebecca Parker) won’t be able to reveal Gabby as the culprit who has been tormenting Leyla.

How will the wedding planner find out? And when she does, what’s in store for the teenager?

Emmerdale airs Monday, Wednesday and Friday at 7pm on ITV.