Gabby (played by Rosie Bentham) was hellbent on destroying Leyla’s (Roxy Shahidi) life only a few weeks ago on Emmerdale as she blamed the latter for driving her mother Bernice Blackstock (Samantha Giles) out of the village. However, after a heart-to-heart, the businesswoman took the troubled youngster under her wing and has appointed her as an apprentice at Take A Vow. Liam’s (Jonny McPherson) partner might come to regret offering such kindness as, during Wednesday’s episode of the ITV soap, it became apparent the teenager is still trying to cause trouble for the couple. This could be because she has taken a liking to one of the characters, but could they be in serious danger?

The latest instalment of the weeknight serial drama saw Gabby nestling into her new role at Take A Vow and as Leyla ranted about her hectic morning, the youngster tried to offer some reassurance, telling her she is “always in a good mood, expect when Liam upsets [her].”

Conversation then turned to the businesswoman’s holiday to Ibiza with her partner, a breakaway the teenager thought she was going on.

When Liam’s partner admitted she would throw her phone in the sea if she received a work call, her apprentice asked: “Yeah, and what if it’s me pinging you, sat on my own hating my life?”

“I’m sure it’s going to rain every day and the flights will be delayed,” Leyla replied before going on to voice her frustrations at having to join her partner and his daughter for dinner.

It then seemed the youngster had a plan up her sleeve to get her boss out of her evening plans and to possibly spend more time with her. 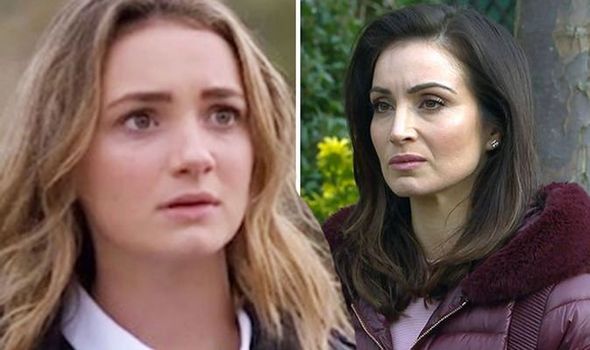 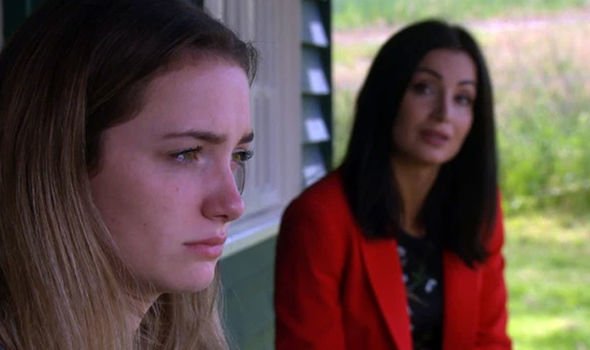 Later on in the episode, Gabby seemed more upset than usual and after some digging, Leyla discovered it was down to boy trouble.

The youngster said she’d met a guy called Michael at a recent freshers party and thought he might have liked her.

Having had her fair share of relationship dramas, her boss took pity on her and although Liam tried to offer some advice, the teenager revelled in the fact the businesswoman was supporting her.

Offering some words of wisdom, Leyla told her apprentice: “You’re not stupid. He is for not realising how lucky he is to have someone like you interested in him.”

Gabby took this as a compliment and seemed to believe this was an indication Leyla was offering more than a supportive shoulder. 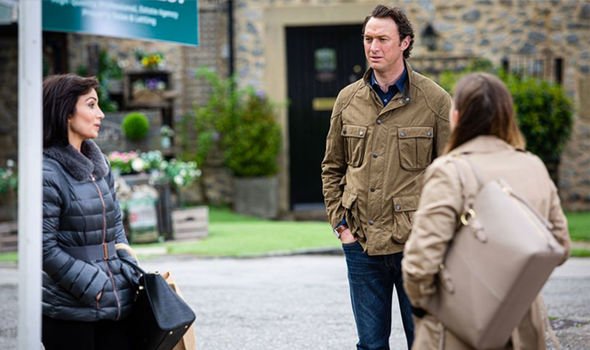 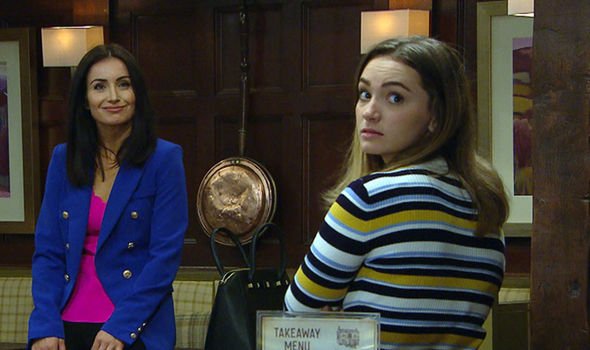 “Do you ever feel like you don’t have anyone [to support you]?” the teenager asked, to which her boss told her: “You’ve got Laurel.”

“Yeah, but Laurel will just think I’m being silly and looking for attention and I don’t blame her, she’s got other things to think about,” the youngster explained.

“Well you’ve got me,” the businesswoman told her apprentice, before turning to Liam and saying: “Sometimes if you care about someone when they need you, you’ve got to change your plans.”

With Leyla all to herself for the evening after the mother-of-one cancelled her dinner plans, it seemed Gabby’s plan had worked.

When her boss ran out of the office to thank her partner for being understanding, the teenager then received a phone call from the boy she met at the party.

Does Gabby potentially have feelings for Leyla?

In transpired he was the one trying to make a move on her, not the other way around, meaning the youngster had made the whole story up about having boy trouble.

Could this be the beginnings of a new obsession storyline for the teenager as she falls in love with her boss and tries to drive a wedge between Leyla and Liam so she can have the former all to herself?

This isn’t the first hint Gabby could be becoming obsessed with Leyla as, during Tuesday night’s episode, she started to put her sinister plans into action.

After Liam sent his lover a text to apologise for a dispute they were having the teenager intercepted the message.

Later on in the episode, the businesswoman then described the youngster as “gorgeous”, which left the latter overjoyed.

However, when her step-mother Laurel Thomas (Charlotte Bellamy) interrupted the conversation and Leyla subsequently cancelled their plans, she was clearly disappointed.

Taking to Twitter, those watching at home also think Gabby could be starting to fall in love with her mother’s love rival.

One viewer wrote on the social media platform after watching recent scenes: “Does Gabby potentially have feelings for Leyla?”

Another added: “Could Gabby fancy Leyla? Might sound mad to say but that’s what I’m thinking #Emmerdale.”

“Gabby and Liam looking like love rivals fighting over Leyla right now,” a third commented, but could the theory come true?