Emmerdale viewers saw Vinny Dingle (played by Bradley Johnson) star in Monday’s lockdown episode alongside Mandy Dingle (Lisa Riley). During the 30 minute instalment, viewers delved deeper into their past and how their relationship has come to be what it is today. And during one of many conversations, those watching at home saw Mandy reveal what really happened between her and Vinny’s dad, Paul Ashdale (Reece Dinsdale), glossing over the finer details to ensure Paul’s true colours weren’t revealed. But when Vinny eventually finds out exactly what went down all those years ago, will he find himself unable to accept his father? Express.co.uk spoke to Bradley Johnson who plays Vinny about this possibility.

Mandy returned to the village following a 17-year hiatus, but she wasn’t alone, Vinny was in tow.

Initially, there was huge speculation as to whether Paddy Dingle (Dominic Brunt) was Vinny’s father, and it wasn’t until late last year when Mandy laid those rumours to rest.

And earlier this year was when viewers were introduced to Vinny’s real father; Paul.

Mandy fell asleep in a hedge and when she woke the next morning, flagged down an oncoming vehicle only to come face to face with her ex-partner and Vinny’s father. 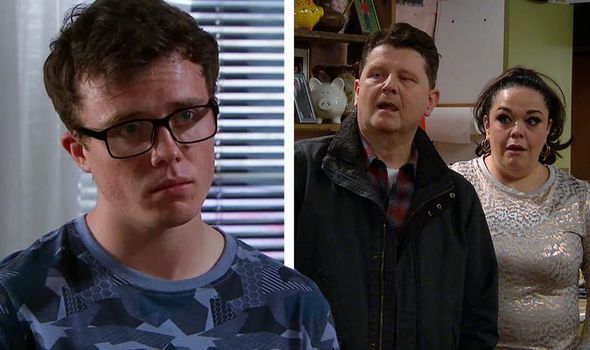 She initially told Paul Vinny wasn’t in Emmerdale with her, but after sticking around for an hour or two, the newcomer saw Vinny join the wedding line-up for a family photo.

Realising he couldn’t trust Mandy to introduce him to Vinny, Paul decided to conceal his identity and pose as a man named Alex, offering to work at the same scrapyard Vinny did.

Over a few weeks, the pair became close, but Vinny demanded answers when he walked into Wishing Well Cottage and saw Mandy and Paul screaming at one another.

And it wasn’t long before Mandy was forced to reveal the truth.

But during Monday night’s lockdown instalment, Mandy spoke about some of the incidents which occurred when Vinny was younger. 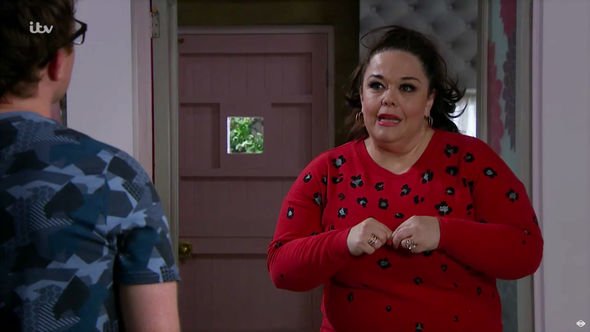 It was obvious she was still trying to protect him – but does he deserve to know the truth? Or will it cause him to reject Paul entirely?

Express.co.uk caught up with Bradley who plays newcomer Vinny about this storyline.

When asked whether Vinny will accept Paul as his father, Bradley revealed: “It’s a situation that he’s never been in.

“Obviously he’s made a friend in Paul, and when he finds out, whether he’ll send him away and doesn’t want to talk to him.

“Or maybe he’ll hear him out, but it’s a situation that he’s never been in but who knows!” 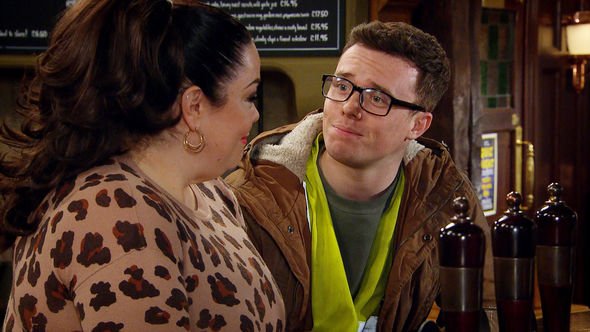 During recent scenes, Vinny was became desperate for Paul to reply to his emails, worrying his father didn’t want to speak to him.

But how is he going to feel when the whole truth is revealed?

“He’s more going to be hurt than anything else, because this is a really vicious like triangle,” Bradley explained.

“There’s going to be a lot of betrayal and hurt that his mum, who he thinks he can trust, lied to him that his Dad’s not come back into it.

“And also he’s gonna get hurt that Paul’s not been honest from the start,” the actor continued.

Mandy is usually his confidant, but with Vinny feeling so betrayed, will viewers see him lean on others for support?

“Possibly because I firmly believe Vinny feels like he’s at home now at the Dingles,” Bradley revealed.

“He sees like Sam and Lydia as his uncle and auntie, and Zak as a grandfather figure. So, he genuniely sees them as family.

“And I think he can definitely rely on the Dingles. If he had to confide in anybody, it would definitely be them.”