Emmerdale’s longest running family is going to be torn apart next week when Belle Dingle (played by Eden Taylor-Draper) chooses her romance with Jamie Tate (Alexander Lincoln) over the truth. Family members will be unable to understand her reasons and Belle will be left realising she is no longer welcome at Wishing Well Cottage. How will her father, Zak Dingle (Steve Halliwell), feel when he returns to the village to find the Dingles at loggerheads and Belle threatening to pack her bags?

When Belle initially found out about Jamie Tate’s (Alexander Lincoln) involvement in Moira Barton’s (Natalie J Robb) hit and run, she demanded he go to the police.

Failing that, she would march down there herself and confess the truth.

But, following a conversation with Moira, where the farmer said she wasn’t interested in finding the culprit, coupled with Jamie’s emotional blackmail regarding his daughter Millie becoming father-less should he admit what he did, Belle has kept quiet.

However, it is only a matter of time until the secret explodes and it is set to have devastating consequences for the Dingle family as a whole. 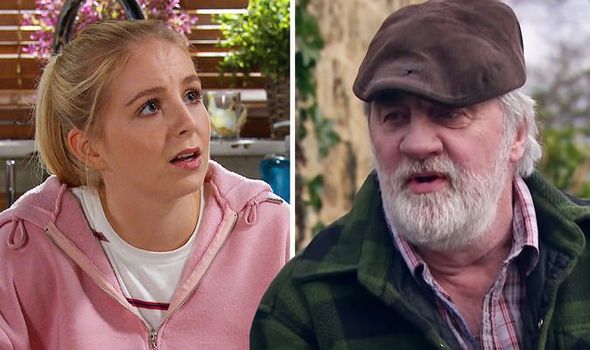 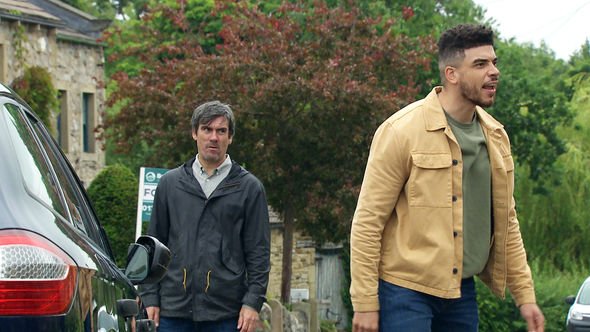 The actress spoke out about the storyline and revealed the “sad moment” when Belle leaves.

When asked why her character has decided to stand by Jamie, Eden explained: “I think she knows and feels that this is the only opportunity that she and Jamie can really make a go of their relationship with Andrea out of the picture.

“I think she just puts Moira’s accident aside mentally; she knows Moira is okay now, so I think Belle decides that, because it’s all fine, her love for Jamie takes the front seat.”

But, tensions erupt when Cain Dingle (Jeff Hordley) returns from Scotland: “Both Belle and Jamie are dreading him finding out, and when he does, Nate’s involved, which involves Chas, Charity – everyone. 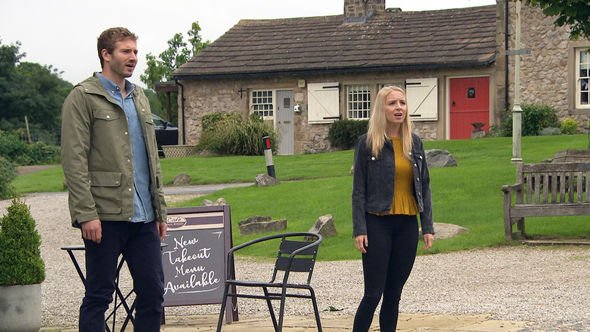 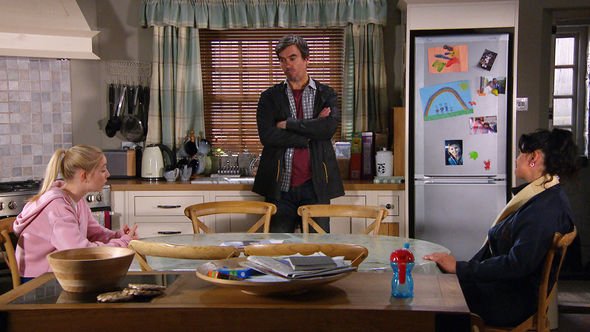 “And Cain is the driving force who highlights what Jamie has done to Sam [after he sacks him] and makes Belle feel awful,” Eden added.

The issue worsens though when a row breaks out between Jamie, Nate Robinson (Jurell Carter) and Cain.

After Belle protects the village vet, Cain will force her to choose: “Cain says, ‘You don’t get to have both, you’re done with us now’ – and Belle thinks ‘Wow, this could be the end of my entire relationship with my family.’”

In short, Belle has broken the Dingle code and when asked whether this is a significant moment for her, the actress replied: “Definitely. 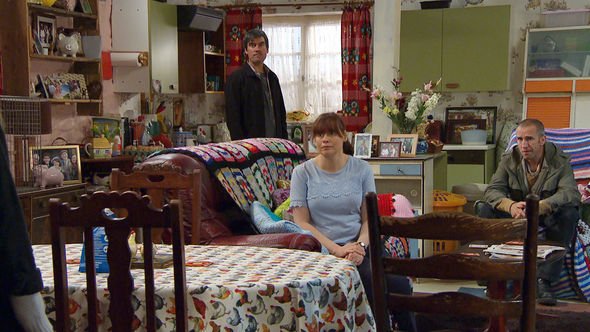 “Being a Dingle that is the main thing, you are loyal to your family, so she is really going against everything here.”

Is Belle making the wrong decision? Either way she has no other choice but to leave the homestead.

“It is sad!” Eden remarked.

“When I was filming it I was thinking oh my God I feel horrible!

“And the scene with Sam [James Hooton] where Alex [Jamie] was firing him, I could have cried because that is Sam – he never does anything wrong – so yeah, it is sad for Belle to go on this journey,” she continued.

As Emmerdale viewers know, Zak is currently absent from the Dales, so what will he make of it when he returns to find his family in tatters?

Lisa Dingle (Jane Cox), the former matriarch used to have the power to sort out Dingle issues, but with her no longer around, will the responsibility be left to Lydia Hart (Karen Blick)?

Emmerdale airs Monday, Wednesday and Friday at 7pm on ITV.