Erika Jayne filed for divorce on Tuesday in Los Angeles according to Page Six. The couple has been married for 21 years but Erika and Tom have no children together and no prenuptial agreement.

“After much consideration, I have decided to end my marriage to Tom Girardi,” said the RHOBH star in a statement. “This is not a step taken lightly or easily. I have great love and respect for Tom and for our years and the lives we built together.”

“It is my absolute wish to proceed through this process with respect and with the privacy that both Tom and I deserved,” she continued, adding, “I request others give us that privacy as well.”

Erika has frequently defended her marriage to the high-powered attorney due to their age difference. Erika is 49 and Tom is 81.

“I’ve dealt with this forever: the younger woman that married the wealthier, older man,” said Erika. “I mean, I’m tired of having to justify my 20-year marriage. Go get a 20-year marriage, then come f**king talk to me.” 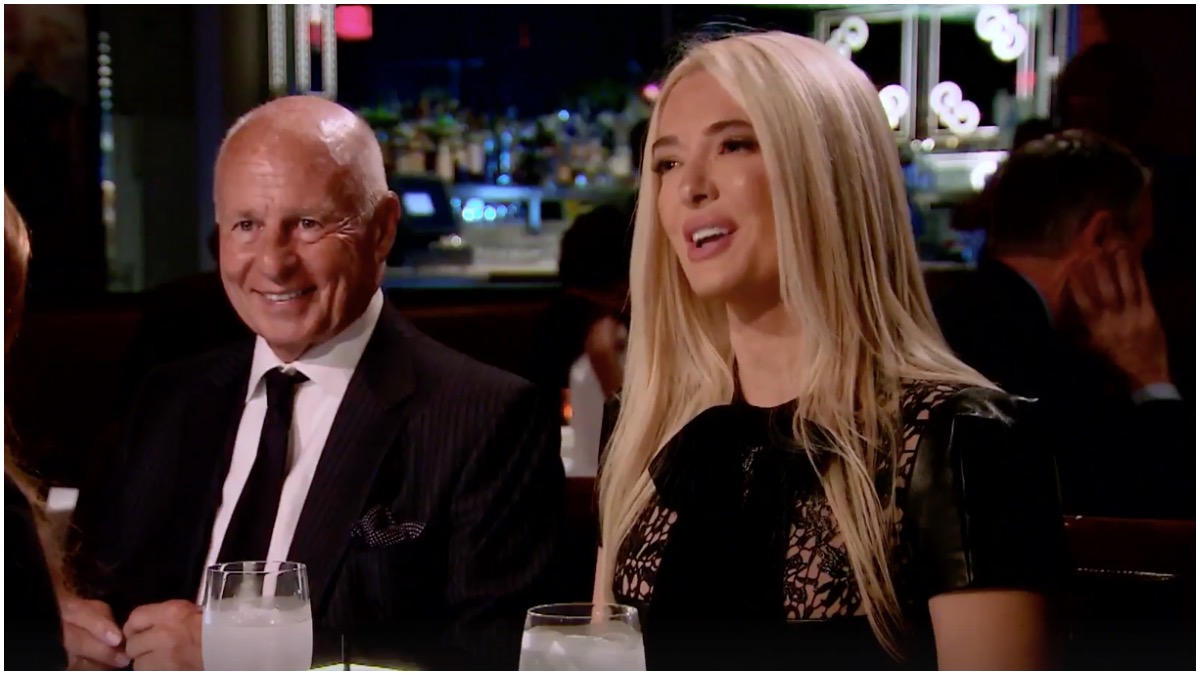 Tom Girardi is the lawyer who worked with Erin Brockovich. He was named the Top Attorney of the Year for 2019 by the International Association of Top Professionals.

The Real Housewives of Beverly Hills star’s soon-to-be-ex was a key player on the legal team that won a case against Pacific Gas & Electric, causing the utility company to pay out $460 to 650 residents of Hinkley, a small California town that he helped prove was being poisoned by a gas pumping station.

It was this landmark case that inspired the movie Erin Brockovich with Julia Roberts playing the title role.

Erika discussed a hypothetical divorce scenario previously on the RHOBH while talking about prenuptial agreements and pointed to Girardi’s profession as the reason that she couldn’t possibly divorce him and expect half his assets, claiming that she wouldn’t get anything even if she did have a prenup.

“But let me tell you something, let me be very clear. I’m married to a very powerful lawyer,” said Erika. “A prenup wouldn’t stand in his way anyway. So, it doesn’t matter whether you had one or you didn’t, it’s gonna be all Tom’s way, I assure you. He’ll rip that piece of paper to shreds in two seconds!”

Erika met Tom while waitressing at Chasen’s in Hollywood

Erika and Tom met while she was waitressing at celebrity restaurant Chasen’s in West Hollywood. Erika said she slipped Tom her phone number and his secretary later called her to set up a date.

She said in her book, Pretty Mess, that she told the secretary that Tom had to call her himself.

“I told her, ’Tell Mr. Girardi if he wants to take me out on a date, he needs to call me himself and ask me and give me enough time to prepare,’” wrote Erika. Six months later, the couple was engaged.

Erika gave Tom Girardi high marks for his role as a step-father. The performer has discussed Tom’s openness to Tommy on the show and credited him for welcoming her young son.

“That’s the one thing I loved most about Tom, when my son was younger, was that he welcomed him with open arms. I’m very thankful. That’s my guy,” said Erika.

The Real Housewives of Beverly Hills is currently on hiatus on Bravo.