Home » TV and Movies » Escape to the Country: Ginny Buckley hits out as she halts search ‘You’re still talking?’

Escape to the Country: Ginny Buckley hits out as she halts search ‘You’re still talking?’

Escape to the Country: Ginny tells buyers it is 'time to leave'

Escape to the Country guests June and Richard enlisted Ginny Buckley’s help with finding their perfect home in Carmarthenshire. The couple were hoping to move into a property that would suit their new business needs but when they got excited imagining the possibilities of one house, the BBC presenter lightheartedly scolded the pair and moved the search on.

The couple were looking for a three-bedroom detached property with one acre of land and the potential for a holiday let.

June and Richard were keen to set up a dog-focussed holiday business and had a budget of £450,000.

For Ginny’s first offering, the couple were taken to a converted old corn mill.

Read more: Escape to the Country: Jules Hudson ordered by guests to speed up 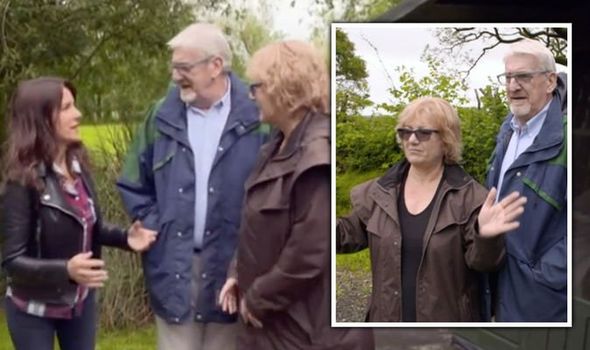 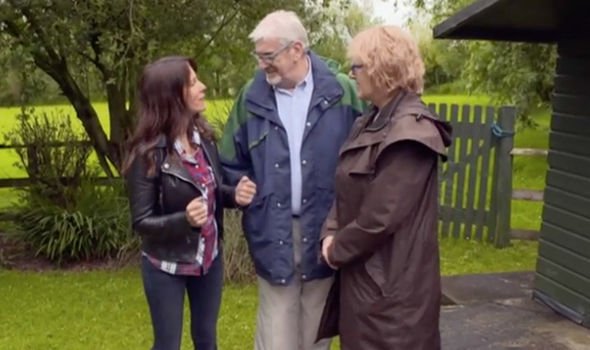 “Sadly the old mill wheel is no longer here but in fact you’d have a private stream which comes with the house, so peaceful,” Ginny explained.

“You’ve done well on this one,” Richard said and June echoed: “Great start.”

The couple fell in love with the interior of the property but the outside space failed to offer them what they were looking for.

However, the presenter’s next house appeared to tick all of the couple’s boxes. 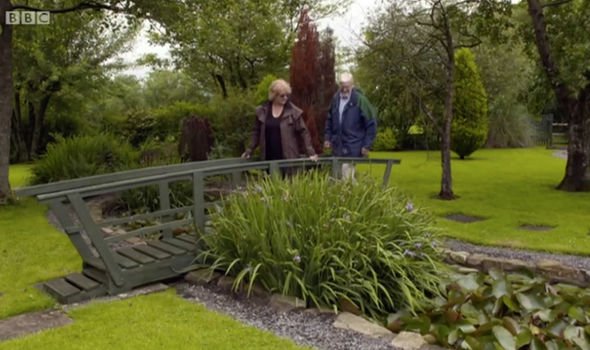 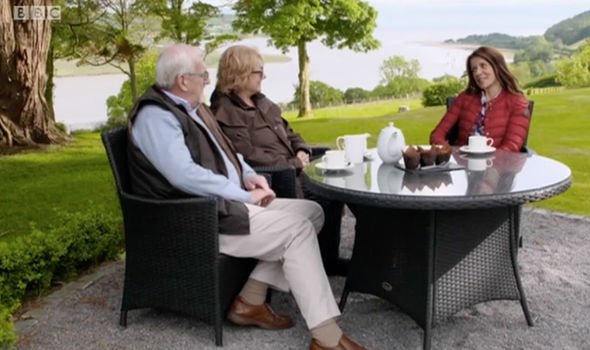 The quaint bungalow, on the market for £390,000, had plenty of space both inside and outside.

“Why don’t you go off and explore and come and find me when you’re done?” Ginny suggested half way through the viewing.

Revealing why she loved the property, June told the camera: “There was a picture of the land that I had that it would look nice and flat open pasture meadow.”

“This is the property of possibilities,” Richard commented.

“As soon as we saw outside, the garden and the land, the two together was just amazing couldn’t have better imagined it,” June said.

“Usually you have a better image in your head and you can’t find it in reality but this house says everything in my heart.”

“This house has real possibilities and that’s exciting,” Richard said. “I don’t know what we’re gonna do but we can do it here.”

The couple were in the garden discussing plans for their new dog-focussed business venture when Ginny warned them it was time to leave.

“You’re still talking about possibilities!” Ginny exclaimed. “But I’m going to have to tear you away now. Come on, it’s time to leave.”

Ginny hoped to pull out all the stops for the mystery house but the couple won’t impressed with the upside down living space.

“I’m not disliking it at all, it has got the wow factor,” Richard commented at first before later adding: “Fundamentally, upside living isn’t going to work for us and the dogs.”

Reflecting on all three properties, June and Richard revealed they planned to revisit the bungalow and submit an offer.

Escape to the Country airs on weekdays on BBC One at 3pm.