'Falcon and the Winter Soldier': What Julia Louis-Dreyfus' Cameo Means

Did we just meet the Power Broker? Or is this somebody else? 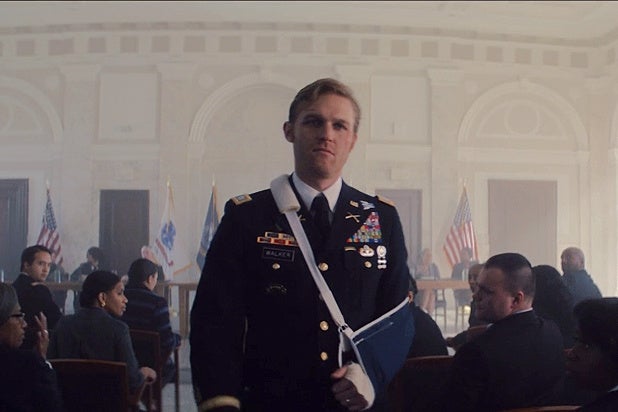 The 5th episode of “The Falcon and the Winter Soldier” featured a totally unexpected — but if we’re being honest, extremely incongruous, tonally — surprise appearance by a real-life American national treasure, Julia Louis-Dreyfus, playing a character we’re willing to bet you’ve never heard of. Who is she? Could she be the mysterious Power Broker who’s been lurking around the edges of the show this whole time?

First, we need to get the context out of the way. So, John Walker (Wyatt Russell) straight-up murdered a member of the Flag Smashers with his shield in last week’s episode, and this week he suffered the consequences. First, he got quite a beatdown from Sam Wilson and Bucky, and then he was formally stripped of his Captain America-ness by whatever U.S. government council oversees that whole thing.

That part rubbed him particularly the wrong way — in part because he’s still ‘roided up from the super serum he took in Episode 4, which means he’s still got that same aggression — and he kind of lost it, angrily denouncing the council and then, talking to his wife afterward, delivering a very Oliver North-esque whine about how no one understands what it takes to be Captain America. It’s a thinly veiled topical reference — this is the sort of defense that people make for cops who just murdered someone.

And that’s when Julia Louis-Dreyfus shows up out of nowhere, wearing a purple-tinted outfit with matching purple-tinted hair, and introduces herself as Contessa Valentina Allegra de Fontaine.

Valentina basically shows up to act arrogant, show off that she has a lot of secret information, and offer Walker a job of some kind with whatever organization she works for. We don’t actually know what that is of course — the business card the gives Walker has no text — but the clear implication is that this is a significant meeting and Valentina is a significant new player in the Marvel Universe. 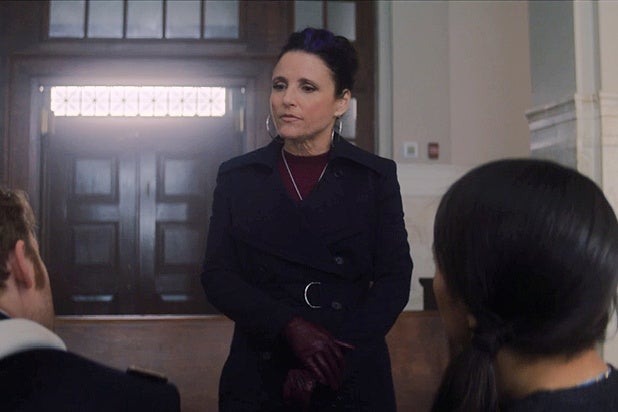 So who the hell is that?

Like a lot of weirdo comics stuff, it’s complicated. But to start, Valentina Allegra de Fontaine was created by writer-artist Jim Steranko, best known for his celebrated late ’60s run on the Marvel Comics series “Strange Tales,” soon retitled as “Nick Fury, Agent of S.H.I.E.L.D.” Valentina first showed up in “Strange Tales” #159 in 1967, just before the renaming.

In the comics, Valentina is an Italian jet setter who joined S.H.I.E.L.D. in an attempt to honor her parents, who apparently died during World War II fighting in “the resistance.” She rose quickly through the ranks however, eventually became the leader of an all-female team of S.H.I.E.L.D. agents called Femme Force, and also had an off again, on again romantic relationship with Nick Fury.

Then things get weird. In the 2010 Marvel Comics storyline that inspired part of “Captain America: The Winter Soldier,” it’s discovered that Hydra has always controlled S.H.I.E.L.D., and worse, Valentina assumes the mantle of the supervillain Madame Hydra. During this period she wore a completely awesome headdress. Check it out: 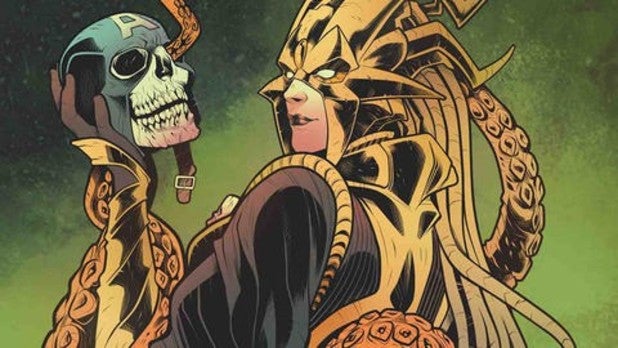 But then — and guys, we know, comics are just insane sometimes — it turns out that Valentina had apparently always been an unwitting sleeper agent for the terrorist organization Leviathan, which was effectively the Soviet Union’s equivalent of Hydra before becoming an independent organization. After some, uh, comic book shenanigans, she ends up surrendering to INTERPOL and goes to prison. Most recently, it has been revealed that Nick Fury helped her escape from prison, and she’s currently a member of the shadowy organization J.A.N.U.S., a group whose goals aren’t fully understood. (And no, as of this writing we don’t know what the acronym means).

We lack a lot of necessary information to know what the hell the plan is for her in the Marvel Cinematic Universe. But we have a couple of ideas.

1) She’s going to be the MCU’s Madame Hydra, a straight up villain. Though how the hell that works with Hydra actually extinct, we don’t know.
2) She’ll be part of the MCU’s version of J.A.N.U.S., which for all we know will fill the hole left by Hydra being wiped out. Or maybe it will become the new S.H.I.E.L.D.
3) Longshot: She’ll end up being the leader of The Thunderbolts, Marvel’s version of DC Comics Suicide Squad.

But these are just guesses. The only thing we can say for sure right now is that it’s hugely unlikely Marvel would rope Julia Louis-Dreyfus into the MCU and just have her be a one-off cameo. Our guess is, we’re going to see more of her in future Marvel shows. Perhaps she’ll serve as a character who links this all together the same way Samuel L. Jackson’s Nick Fury did for the movies. But again, this is just a guess.

None of those options, by the way, preclude her from being that Power Broker, who still has not revealed herself even as we near the climax of “The Falcon and the Winter Soldier.” We still think Sharon is the most likely candidate, though Valentina is a bit of a wrench in that theory. Also, this week Sharon actually seemed to be working with the Flag Smashers, via Batroc — but the Power Broker has thus far been fighting against those guys.

But this could be some kind of gambit, since Karli didn’t seem to know that Batroc was acting on orders from any other party, so it’s still impossible to draw any conclusions.

That said, if a budding Marvel supervillain is making her arrival on the scene here, commissioning a new super soldier serum would be exactly the kind of thing that could make a big first impression. And coming to Walker now could be a part of that. Whatever the Power Broker’s plans for the serum, they’re obviously all the way out the window at this point. But if Valentina is the Power Broker, and she can have Walker do her bidding, that could be a way for her to salvage those plans a little bit. And if she can take out her enemies in the process, all the better.

The finale of “The Falcon and the Winter Soldier” is just a week away. Presumably we’ll get answers then.