The final ever season of Game of Thrones is one that will live long in the memories of fans across the globe – and not necessarily for the fondest of reasons. In just six episodes, the eighth season of GOT wrapped up the Westeros-based story and determined the endings for the likes of Jon Snow (played by Kit Harington), Arya Stark (Maisie Williams), Daenerys Targaryen (Emilia Clarke) and Cersei Lannister (Lena Headey) among many others. And while several characters failed to make it to the HBO series alive – another delicate topic among the GOT fandom – Arya was one person who excelled in the final outing.

Arya and Williams had arguably one of the biggest roles in the final season of Game of Thrones with the young Stark warrior finding herself at the centre of the series’ biggest talking points.

Not only did Arya find herself engaged in a romance with childhood pal Gendry Baratheon (Joe Dempsie), she was the one to ultimately save the entire population of Westeros.

As the Night King (Vladimir Furdik) and his army of wights and White Walkers descended on Winterfell, all hoped looked lost until Williams’ Arya jumped into action.

Arya emerged from the darkness to kill the Night King and ultimately save the living but her story hadn’t finished there. 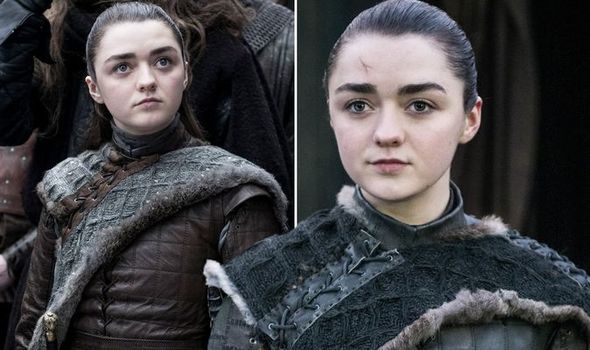 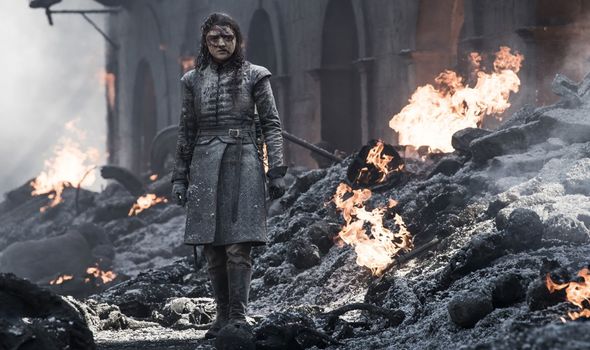 Arya then found herself fighting for dear life on the streets of King’s Landing as Daenerys and her dragon Drogon burnt the capital to ashes in her attempts to overthrow Cersei.

With Jon eventually killing Daenerys, being exiled to north of the wall and with brother Bran (Isaac Hempstead-Wright) somehow anppointed the new ruler of the Seven Kingdoms, Arya decided to venture off for a fresh start.

Last seen smiling aboard a ship and heading west of Westeros, Arya’s arc was one of very few from the series which didn’t irk GOT fans too much.

However, it wasn’t enough for the final season and showrunner DB Weiss and David Benioff to come under heavy criticism. 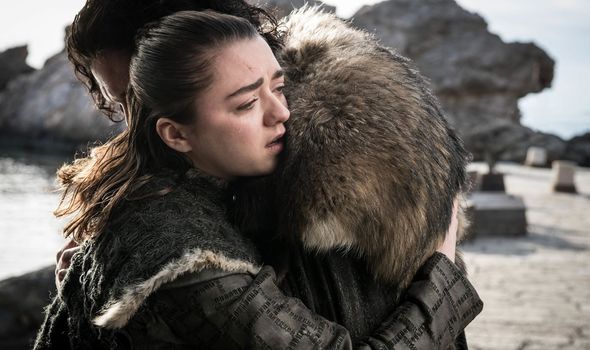 In fact, a petition to have the eighth season “rewritten with competent writers” garnered over a million signatures after the series finale.

With so much controversy surrounding the ending, only a handful of the actors came out straight away to adress the criticism.

However, actor Williams has now had her say on what will forever be one of the most divisive endings in television history.

When asked if she’d finally shaken off filming for the show, she said: “Yeah, I really have.”

Williams added: “I got so much joy out of the final season, and from the show in general.

“I was really keen to make the most of every second of the final year, because I didn’t want to regret anything, or feel like I’d missed out on anything.

“For that reason, when we finished, I was really ready to say goodbye.

“By the end I was just happy that it was done,” she told Radio Times.

Since leaving the role on GOT, Williams has gone onto star in a number of big and small screen projects.

Alongside Fleabag’s Sian Clifford, Williams leads the way in Sky One comedy Two Weeks to Live which is coming soon.

On the big screen, Williams landed a part opposite Stranger Things star Charie Heaton in The New Mutants which hits cinemas later this year.

Game of Thrones is available to stream on NOW TV now.