Rush’s Geddy Lee, Sarah McLachlan and Alec Baldwin appear in If You Could Read My Mind, a documentary on Gordon Lightfoot, streaming on-demand this summer.

Directed by Martha Kehoe and Joan Tosoni, the film chronicles present-day Lightfoot performing a show and signing autographs as he fondly looks back on his nearly six-decade career — from his coffeehouse performance days in Ontario, Canada, to his rise to international fame in the Seventies.

“He is one of the greatest examples of timeless singer-songwriter,” Lee says in the clip, sitting alongside his bandmate Alex Lifeson. “He’s a Canadian national hero, but he also speaks with a voice for everyone,” adds Bad Religion’s Greg Graffin. 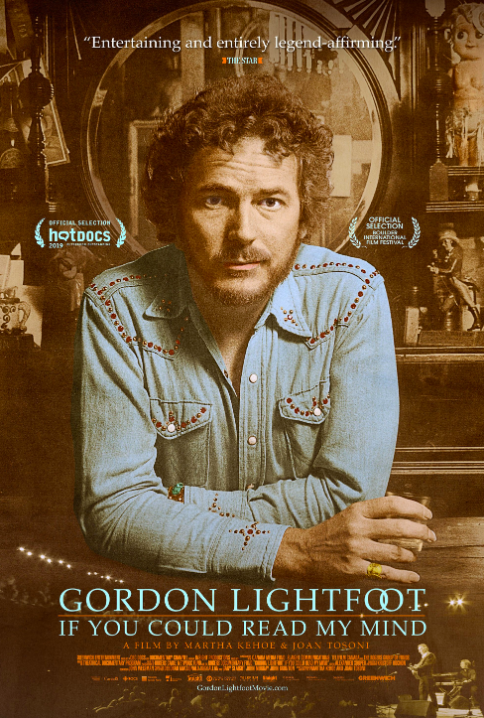 Lightfoot also breaks down the making of his 1966 song “Early Morning Rain.” “I knew that I had to sit down and do the work,” he tells the camera. “That turned out to be one of my biggest, most important tunes.”

Photos from the Seventies — including Lightfoot with Bob Dylan — are interspersed throughout the trailer, with a vintage clip of Lightfoot joking to a talk show host that alcohol helps maintain his prolific career.

“There was a beauty in what he was writing about, but there was a lot of internal pain that none of us would know about,” Murray McLauchlan says. “And it makes you love him, because you just have to listen to his lyrics, and then you get it.”