Gogglebox continues to remain a Friday night highlight of those watching at home as it’s one of the only series’ able to release new episodes as planned during the spread of COVID-19. Tonight’s instalment left some viewers questioning how seriously the show was taking the measures as Ellie and Izzi Warner were back on the show together.

The show has been continuing to broadcast as normal amid the coronavirus outbreak.

Many other programmes have been taken off-air but the show, which has cameras come in and film the cast watching TV, has still been able to go ahead.

For example, Jenny Newby, who has been on the show since it began with best friend, Lee Riley, has moved into his home in order to continue filming. 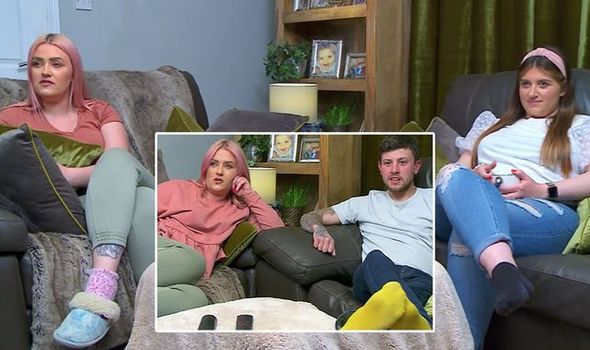 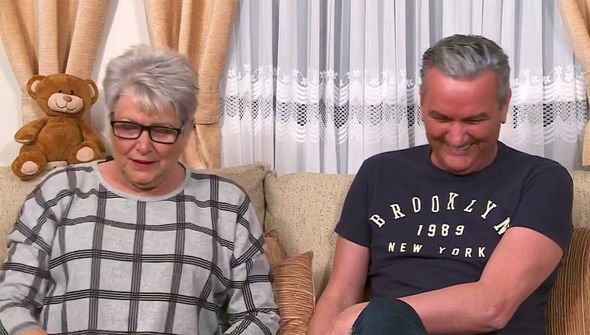 She was seen complaining about how small her new room was in hilarious scenes this evening.

Lee explained to fans on Twitter last month they were on lockdown together, sharing: “Well what can we say it’s Friday and it’s still on #Gogglebox.

“Jenny and me watching together as we are both on lockdown TOGETHER friends with no benefits I may add, an hour of laughs stay safe, stay well #StayHomeSavesLives,” he wrote.

However, fans of the show were left baffled as some of the show’s regulars appeared to flout government advice tonight. 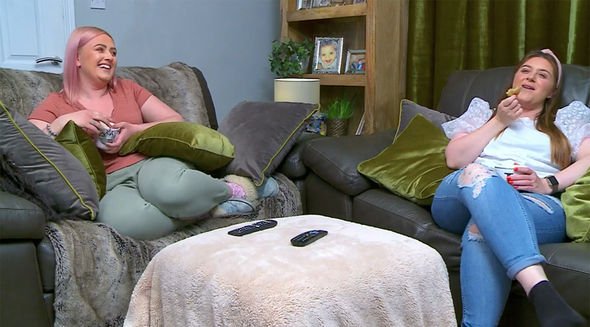 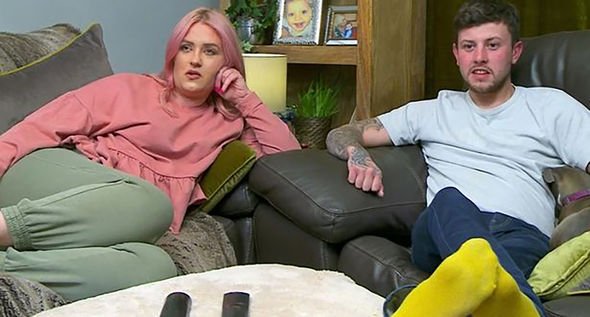 Ellie and Izzi were criticised by some viewers for being seen on the programme together despite the fact they didn’t live in the same house.

Taking to Twitter, one wrote: “How come the sisters are back together? Didn’t think they lived in the same house? #Gogglebox.”

Another said: “Seriously…the two sisters on #gogglebox who don’t live together, are suddenly back filming together. Even though the boyfriend stepped in for the last two weeks. @Channel4”

“There you have it. Sisters don’t live together. Epic fail by #Gogglebox,” shared a third.

A fourth added: “I thought the 2 sisters didn’t live together….hence the boyfriend being drafted in….#Gogglebox.”

“Not to be one of those people… but those two sisters on #Gogglebox were apart, and now they’re in the same small sitting room (albeit sitting further away than usual) – so that they can watch telly. Not fair on those who can’t visit loved ones who are ill,” commented a fifth.

Another asked: “How are those sisters social distancing? She’s been with her partner for the last two weeks and now her sister has turned up? #Gogglebox.”

Many noted Ellie’s boyfriend Nat had previously filled-in for Izzi and wondered why she was now back on the show.

Fans had assumed Nat took Izzi’s place due to new social-distancing measures introduced by the government, therefore questioning her reappearance.

The sisters were seen discussing their plans for life after the virus after they tuned into an official government update from Dominic Raab.

Ellie asked her sister: “What are we going to do when we have to go back to work?:”

Izzi, who’s recently given birth to a daughter, declared: “I’m not, I’ve decided. I’m going to have to have another baby and have more maternity leave because coronavirus has s*** all over this one.”

Gogglebox returns on Friday at 9pm on Channel 4.