With the Golden Globes, it’s best to expect the unexpected, and during an awards season this atypical, there’s an even higher chance of weird and wacky nominations. That’s why, though major movies like “Nomadland” and “The Trial of the Chicago 7” scored when the Golden Globe nominations were announced on Wednesday, it’s the out-of-left-field picks and startling exclusions that have everybody in Hollywood talking.

Here are some of the Globes’ most notable snubs and surprises.

“Da 5 Bloods”: Just two years after the Golden Globes gave Spike Lee a nice spread of four nominations for “BlacKkKlansman,” the group brutally snubbed his new film across the board: Lee’s Vietnam-veteran drama “Da 5 Bloods” earned no acting nominations (for Delroy Lindo or Chadwick Boseman) and was blanked in the drama, director, and screenplay categories, too. Making things even more awkward? Lee’s children Satchel and Jackson were chosen to serve as Golden Globe ambassadors this year, of all years.

Meryl Streep: The Golden Globes love Meryl Streep — she is, by far, the most nominated person in the history of this awards show. (They are so eager to nominate Streep that even including her name in this article may have made it eligible for a raft of nominations — I’ll have to check!) And yet, in a year where Streep could have collected two new best-actress nods for her comic work in “The Prom” and “Let Them All Talk,” the Globes pointedly excluded her from the Zoom invite.

The actors of “Minari”: The Golden Globes continue to abide by an archaic rule that shunts an American film like “Minari” to the foreign-language film category simply because of the amount of Korean dialogue. The same problem befell “The Farewell” last year, though that film at least managed one other nomination in the best actress in a comedy or musical category, which Awkwafina ended up winning. While the family drama “Minari” can boast two critically acclaimed performances by Steven Yeun and Youn Yuh-Jung, it earned nominations for neither. 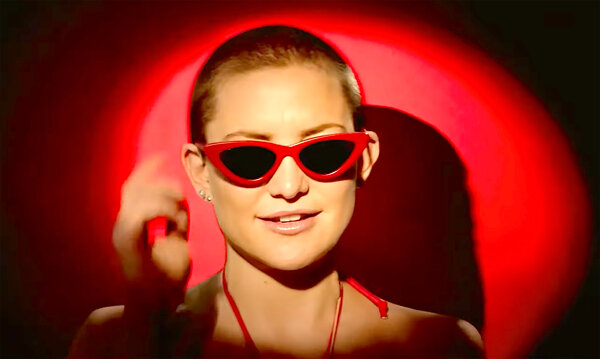 “Music”: This Sia-directed musical previously garnered the bulk of its headlines when the musician-filmmaker got in a Twitter spat about casting a neurotypical actress in an autistic role. Then, out of nowhere, the movie drew two marquee Golden Globe nominations for best comedy or musical and lead actress Kate Hudson. Congratulations, “Music”: You’re this year’s designated Golden Globe head-scratcher!

Jared Leto: Instead of nominating supporting actors like Paul Raci, so wonderful in “Sound of Metal,” or Chadwick Boseman, whose role in “Da 5 Bloods” could have made him a double nominee, the Golden Globes picked Jared Leto for his “Criminal Minds”-level performance as a possible serial killer in “The Little Things.” Baffling!

“The Mauritanian”: Excluded from most awards predictions, this under-the-radar legal drama about a Guantánamo Bay prisoner made a strong showing, earning a best-actor nomination for Tahar Rahim and a supporting-actress nomination for Jodie Foster. Rahim will face an uphill battle to break into the Oscars’ final five in a very crowded year, but Foster’s got a shot and the movie itself just moved to the top of many voters’ screener piles.

Three women for best director: Three years ago, Natalie Portman very pointedly introduced the Globes’ best-director category by saying, “Here are the all-male nominees.” This year, the Globes made up for their history of snubbing female directors with a vengeance: For the first time, a majority of the best-director nominees — Emerald Fennell (“Promising Young Woman”), Regina King (“One Night in Miami”) and Chloé Zhao (“Nomadland”) — were women, in a category where only five women had ever been nominated before.