Home » TV and Movies » 'Grey's Anatomy': Are Meredith And DeLuca Really Over?

'Grey's Anatomy': Are Meredith And DeLuca Really Over?

Though Grey’s Anatomy Season 16 is over, there are still plenty of questions that remain. Among them is: What will happen in Meredith’s love life? The final moments of the season finale made it look like she and Andrew DeLuca might have a future after all.

Meredith Grey and Andrew DeLuca got together in Season 15 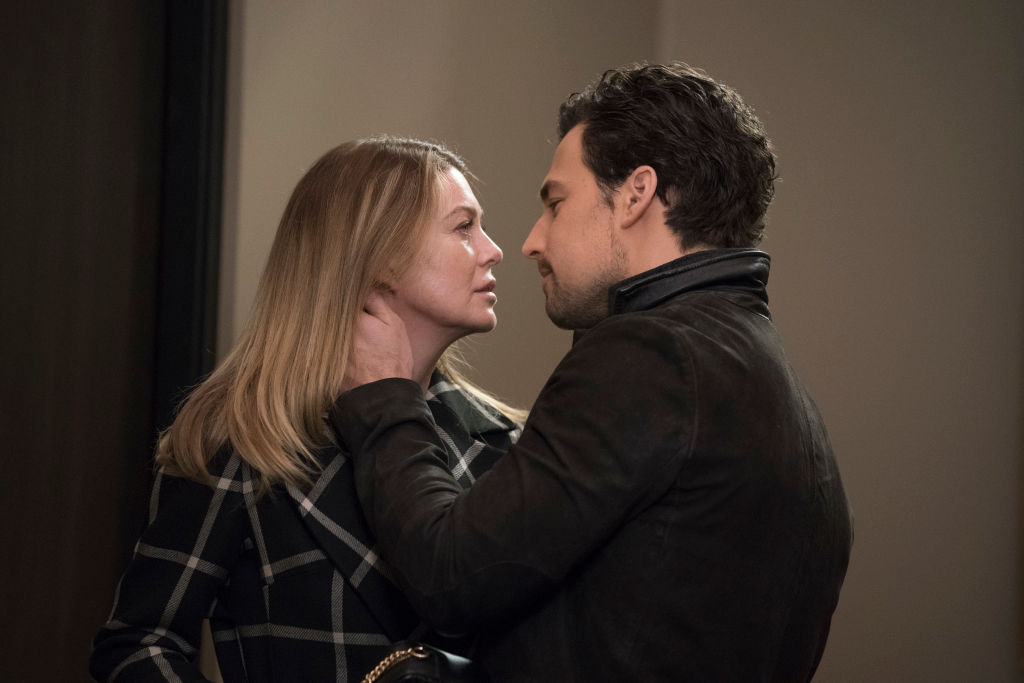 The couple had their first romantic interaction in the Season 14 finale when he kisses her while upset about his ex-girlfriend, Sam, leaving. He pursues her in Season 15, and they eventually get together when she chooses him over Atticus “Link” Lincoln.

The relationship between Meredith and DeLuca comes to a head in the Season 15 finale. Meredith commits insurance fraud, and DeLuca covers for her. As Season 16 begins, she comes clean, and DeLuca is cleared. But that isn’t the last hurdle they’ll face.

They broke up, but briefly reunited

Meredith then has to go to a hearing in order to keep her license to practice medicine. She and DeLuca argue quite a bit during this time, especially when she writes an article that threatens the hospital. He’s there for her during the hearing, but after it, they go on a break, because he doesn’t think she respects him.

DeLuca and Meredith remain apart for several episodes, and her friendship with Cormac Hayes (aka “McWidow“) grows. He realizes his mistake and they get back together, but it doesn’t last long. DeLuca continues to exhibit what Meredith and his sister, Carina, believe are signs of bipolar disorder, and he breaks up with her again.

DeLuca and Meredith worked together on Richard Webber’s case

DeLuca is suspended after breaking down a few episodes later. However, he continues to come to the hospital, specifically to see Richard Webber after he has what appears to be a stroke in Episode 19. Both he and Meredith believe that, despite what the others think, Richard doesn’t have Alzheimer’s, and they work together to find out what’s wrong with him.

Once again, it’s DeLuca who swoops in with a diagnosis. In Episode 21, “Put on a Happy Face,” he determines that Richard has blood poisoning from the cobalt in his hip replacement. He’s allowed to observe the surgery, with his suspension temporarily lifted (though he doesn’t get to operate himself). Richard recovers.

The Season 16 finale saw them going ‘home’ together

“Put on a Happy Face” serves as the Season 16 finale. Though there were supposed to be four more episodes, the coronavirus (COVID-19) pandemic resulted in production for Grey’s Anatomy shutting down early. Meaning we won’t be seeing new episodes for some time.

At the end of the episode, DeLuca is seen crying and breaking down. Meredith helps him get up and says it’s time to go home. Though she may just be acting as a friend, it feels like this could be more. Are Meredith and DeLuca really over?

As for the future of the couple, there’s only one person who can say what’s to come. Showrunner Krista Vernoff spoke to the Hollywood Reporter about the potential love triangle that she “never expected,” and how it could continue into Season 17 with DeLuca, Meredith, and Hayes.

“The story ended up better than what I expected it was going to be because now I don’t know who I’m rooting for Meredith to be with,” said Vernoff. “There’s a part of me that feels like DeLuca, if he gets the right kind of treatment, could be becoming a human being with life experience that helps him rise to Meredith’s level.” It sounds like Season 17 won’t ignore the possibility of them getting back together.