The Grey’s Anatomy Season 17 spring premiere is just around the corner, and Debbie Allen (who plays Catherine Fox) has something to say about the show’s return. The ABC medical drama left viewers on a major cliffhanger in the last all-new episode. Then recently, Allen teased where Grey’s Anatomy is headed next — and as expected, the Shondaland series will “shake” fans across the nation.

What happened in the last episode of ‘Grey’s Anatomy’ Season 17?

The doctors at Grey Sloan Memorial have been dealing with the coronavirus (COVID-19) pandemic throughout Grey’s Anatomy Season 17. Early on, Meredith Grey (Ellen Pompeo) and Tom Koracick (Greg Germann) both tested positive for the virus. Then in the mid-season winter finale, Meredith’s condition worsened and she was put on a ventilator.

Meanwhile, Grey’s Anatomy Season 17 picked up a storyline from the previous season. At the end of the winter finale, Andrew DeLuca (Giacomo Gianniotti) and Carina DeLuca (Stefania Spampinato) spotted Opal (Stephanie Kurtzuba), who was suspected of sex trafficking, at Grey Sloan Memorial. So Andrew and Carina decided to follow her.

Of course, the first half of Grey’s Anatomy Season 17 didn’t end on a completely hopeless note. Jo Wilson (Camilla Luddington) found some joy in another specialty. Meanwhile, Winston Ndugu (Anthony Hill) and Maggie Pierce’s (Kelly McCreary) romance started to blossom. In the final moments of the mid-season finale, Winston visited Maggie when she needed it most. Now, Grey’s Anatomy fans must wait and see what happens next.

When will ‘Grey’s Anatomy’ return with season 17 episode 7?

It’s been weeks since the winter finale, but Grey’s Anatomy Season 17 Episode 7, titled “Helplessly Hoping,” will be released on Thursday, March 11, at 9 p.m. EST. The spring premiere will be another crossover with Station 19. The firefighter spinoff will return at 8 p.m. EST on the same date.

According to ABC’s synopsis for Station 19 Season 4 Episode 6, titled “Train in Vain,” the crossover will follow Andrew and Carina as they go after Opal. Then the Grey’s Anatomy spring premiere will pick up where the spinoff left off.

“Both teams tend to a tense situation with so much at stake,” the synopsis for Grey’s Anatomy Season 17 Episode 7 reads. “Meanwhile, Jo convinces Hayes to bend the rules on a case, and Maggie and Winston reconnect.” 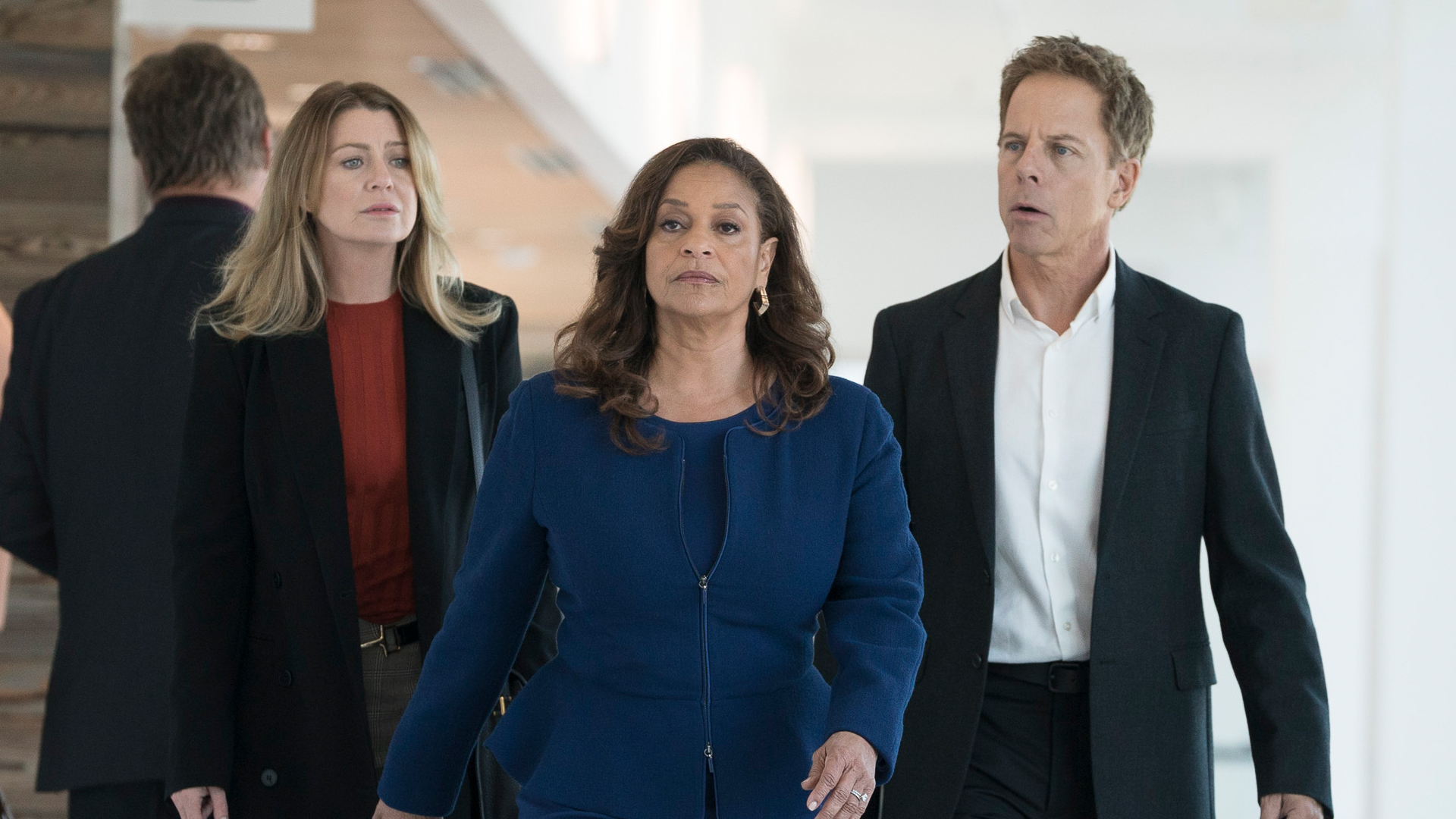 There’s a lot going on in the Grey’s Anatomy Season 17 spring premiere. But according to Allen, the next episode will be worth the watch. In an interview with NBC New York from March 2021, the actor and executive producer teased what to expect moving forward.

“Don’t miss the mid-season premiere coming in March,” Allen said. “Honey, we’re getting ready to shake and rock your world. It’s gonna be something to see.”

The legendary Fame actor continued, “I cannot tell you, I know you wanna know. But don’t miss it.”

Now, Allen’s comments may not come as much of a surprise to some fans. Jesse Williams (who plays Jackson Avery) previously hinted that the Grey’s Anatomy Season 17 spring premiere will be “pure madness.” When speaking with Entertainment Tonight in February, Williams said:

I’ve got to say, we have found a way to have really highly concentrated, dense episodes towards the middle of the season with a lot of this incredible combination of loss and joy and progress in these characters’ lives. But when [we] come back, yeah, it’s going to be fairly terrifying and exhilarating.

Nobody knows where they might end up as Grey’s Anatomy Season 17 continues. But as they say, the carousel never stops turning. So stay tuned.