Spoiler alert! Do not proceed if you have not watched the two-hour premiere of Grey’s Anatomy.

Grey’s Anatomy pulled off a stunning surprise at the end of Thursday’s season 17 premiere, welcoming back Derek Shepherd (Patrick Dempsey), aka McDreamy, in dramatic fashion.

After Meredith (Ellen Pompeo) was found unconscious by McWidow (Richard Flood) as she lay in the middle of the parking lot following COVID, we were transported into Meredith’s brain where she stood on a sunny California beach in her dream. Meredith, dressed in angelic white, suddenly noticed a figure from afar waving at her.

When it dawned on her who the figure was — her late husband, who died following complications after a car accident in season 11 — she said the three words that sums up that moment perfectly, “Oh my god.”

In an emotional new promo for next week’s episode, titled “My Happy Ending,” Meredith can only muster up one word as she’s stunned beyond belief by what she’s seeing: “Derek?”

A smiling Derek lovingly looks back at her, and for a second there, it’s like we were transported back to season 1.

“I miss you!” Meredith yells from across the way. 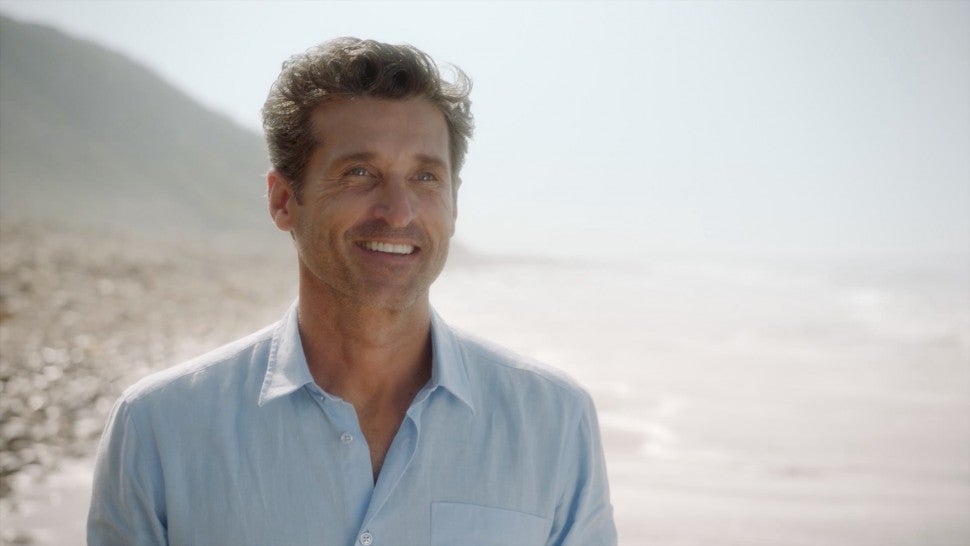 Meanwhile, Meredith is having trouble keeping his wits about her as she battles her illness. Is it COVID? Is it something else? From the sounds of it via the episode description for the next episode, Meredith may have unluckily caught the virus. Excuse us while we cry in a corner.

Here’s the official episode logline, minus the all-important McDreamy cameo: “The Grey Sloan doctors continue to face their new COVID-19 reality and deal with a familiar and stubborn patient. Koracick is put in charge of the interns who recently joined the hospital ranks and Link operates on a sex therapist. Elsewhere, Maggie finds comfort in Winston’s virtual presence.”

Watch the promo below.

“The most important task we had this season was to honor the reality of this global pandemic and the impact it’s having — particularly on health care workers. Along with that we had to come up with creative ways to allow our show to still be fun and romantic and provide some escapism. Enter Patrick Dempsey. The beach motif — which will continue beyond the premiere — provided a way for us to live outside the pandemic even for a little while here and there,” executive producer Krista Vernoff said in a statement to ET. “And Derek’s return provided pure joy for us, for Meredith, and for the fans.”

“Season 17 has been a Herculean effort by our cast, our crew, our writers, and our partners at Disney and ABC — and we are proud of it. But our effort is nothing compared to the work of our frontline health care workers to whom this season is dedicated,” she continued. “We hope our show inspires you to wear your masks to protect them and each other. As Derek Shepherd would say, ‘It’s a beautiful day to save lives.'”

To stay up to date on breaking TV news, sign up for ET’s daily newsletter.