The video above was produced by IndieWire’s Creative Producer Leonardo Adrian Garcia.

There’s a horrible phenomenon that occurs from time to time, when a fan of a television comedy finds out that behind-the-scenes, all their favorite actors despise each other and the familial relationship they have on screen is merely a testament to the group’s collective acting talent.

With “Ted Lasso” being the Apple TV+ phenomenon that took the pandemic by storm, it seems only natural that people might be worried that all the feel-good hijinks and empathetic encounters are wholly fictional, revealing a disappointing reality underneath.

But good news, “Ted Lasso” fans. Juno Temple and Hannah Waddingham, who star in the series as Keeley Jones and Rebecca Welton, are happy to dispel any such concerns. And not only does the cast love each other, they really, really, really love the show itself.

“I think all of us were champing at the bit [to film Season 2], because of course, we’ve been living the lockdown ourselves,” Waddingham said in a recent interview with IndieWire, alongside Temple. “We had found such pals in Season 1, both on- and off-camera, and we were just champing at the bit to get back in and play.”

“After this year of isolation and then the show coming out and people appreciating it, you’re like, ‘Wow,’” said Temple. “I definitely have never been a substantial-sized role in anything that anybody’s really seen before. So this was a new experience for me.”

“No joke, playing Keeley during this past six months has completely saved my sanity through this lockdown. Like for real,” she said. “She’s helped me on so many levels and that’s just playing her, let alone being around this extraordinary group of people that bring the whole world together.”

In other words, no matter how much you love “Ted Lasso,” it’s entirely possible — nay, likely — that the cast of the series loves it even more than you do. But they have their reasons. For Temple, her journey with Keeley means taking a good hard look at how she treats herself.

“I’m good at being positive for other people,” she said, “but I think the truth about me is I can be pretty cruel to myself. So playing Keeley throughout this time, she genuinely has helped me be less cruel to myself and that’s why I love playing her. She really does have this big heart. She really does see the wonder in everybody. And I think she genuinely wants to help people see those little moments of wonder in themselves.” 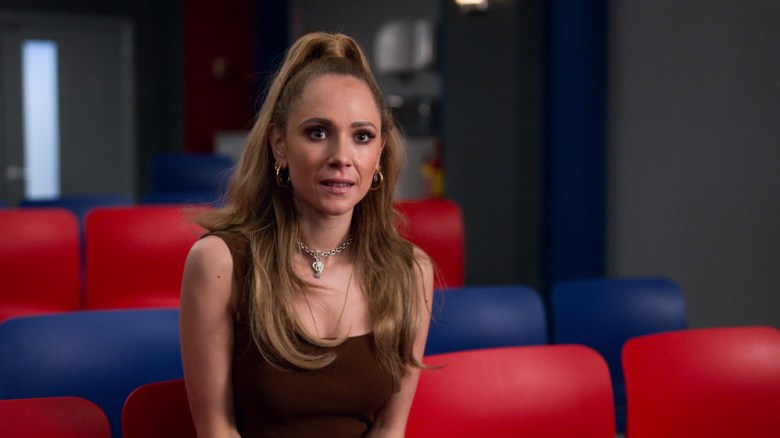 While Keeley never needed any help with her humanity, it’s thanks to Rebecca that she’s started to see herself more as just a pretty face and kind heart. It’s part of the larger relationship between the women that serves as a foundational element of the show, one that both actresses are profoundly grateful for.

“I think that was part of the reason why I was so excited to be a part of the show. Jason [Sudeikis; co-creator and lead actor] had told me about this relationship that was going to happen between Keeley and Rebecca,” Temple said. “It’s just genuinely two women loving each other and wanting to support each other through whatever life throws at them, whatever shit storm is coming their way. But also, helping each other finds parts of themselves that they have either forgotten or shoved down deep or parts of themselves that they don’t even know they have yet.”

At this point, Waddingham joined in and the two, in classic close-friend fashion, attempt to describe the same thing simultaneously, much to the dismay of interviewers who know they’ll need to transcribe the moment later.

“And calling each other out. That’s the thing,” Waddingham said.

“…showed so brilliantly, was how much they call each other out.” Waddingham said.

“True friendship,” said Temple, “and just go through life helping each other out. Because they love each other as complete humans. And then meeting in real life, it was extraordinary because it was a moment that both me and Hannah remember, literally meeting in the ladies’ room.”

It was before the show’s first-ever table read when the women crossed paths, one woman entering, one woman leaving before realizing who the other person was. A moment of recognition and then each uttered a half-awed, “Hi.” 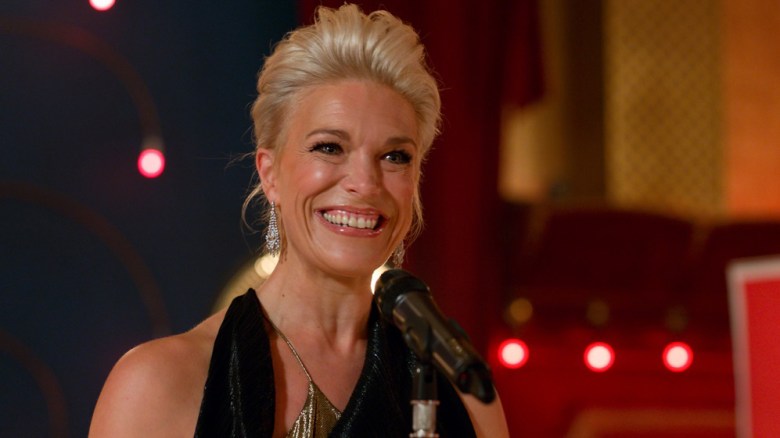 “Done. Literally done. And I do think that there was that which was already in the script and then it was very obvious that there was that which they were feeling from us, particularly Jason,” Waddingham said. “It would be interesting to see those original drafts, wouldn’t it, Juno? To know what Rebecca and Keeley were meant to be to each other? And how much our relationship in real life has donated to those characters as well. Because I think it’s sizably more.”

Temple agreed and related an anecdote of a person telling them they were excited to show their daughter that relationship. The actress didn’t think you could get a greater compliment.

Waddingham vehemently agreed with the comparison, adding that Keeley and Rebecca’s friendship was equally remarkable because it spanned different generations. Rebecca, as influenced by Waddingham’s preference, is 46, the same as the actress, to better portray a type of woman not often portrayed on TV: a woman past the point of childbearing, left to determine what she wants from her life in the wake of a destructive divorce.

While Keeley’s precise age has never been mentioned, Temple is 31, with life experiences that don’t mirror Rebecca’s whatsoever, which is exactly what makes the relationship work.

“They enjoy what the other one brings from each decade,” Waddingham said.

For more from your favorite “Ted Lasso” bramance, tune in to this week’s episode of IndieWire’s TV podcast “Millions of Screens” with Creative Producer Leo Garcia, Deputy TV Editor Ben Travers, and TV Awards Editor Libby Hill. Then, a friendly argument between friendly podcast hosts over the latest entry to the MCU TV enterprise “Loki.” Words will be said. Eyes will be rolled. And opinions might not be what you expect. All in all, probably more exciting than an episode of “Loki,” according to some people.

“Millions of Screens” is available on Apple Podcasts, Breaker, Google Podcasts, Spotify, and Stitcher. You can subscribe here or via RSS. Share your feedback with the crew on Twitter or sound off in the comments. Review the show on iTunes and be sure to let us know if you’d like to hear the gang address specific issues in upcoming editions of “Millions of Screens.” Check out the rest of IndieWire’s podcasts on iTunes right here.