The Real Housewives of Beverly Hills newcomers Crystal Kung Minkoff and Kathy Hilton have revealed how they are handling Season 11 filming.

They took time out of a cast trip to speak with Bravo Insider regarding their decision to join the show and what it has been like so far. As fans know, Kathy and Crystal round out the RHOBH ladies, including Garcelle Beauvais, Lisa Rinna, Dorit Kemsley, Kyle Richards, and Erika Jayne.

Denise Richards quit after only two seasons and a rather drama-filled Season 10 thanks to Brandi Glanville affair allegations. Teddi Mellencamp Arroyave was not asked by Bravo to return to the hit show.

What has Kathy said about filming?

Kathy shared that she and Crystal decided to become part of the Real Housewives family together. They are both excited to be embarking on the new venture.

The mother of infamous socialite Paris Hilton is thrilled to be putting down roots in reality televisions. Kathy declared, so far, she has not witnessed anything disturbing while filming.

Yeah, that most definitely won’t last long with The Real Housewives of Beverly Hills women. Although Kathy says nothing disturbing will go down on her watch.

Kathy insists she is having a lot of fun and is very entertained. She likes to move between the various small groups to learn what is going on with all cast members. 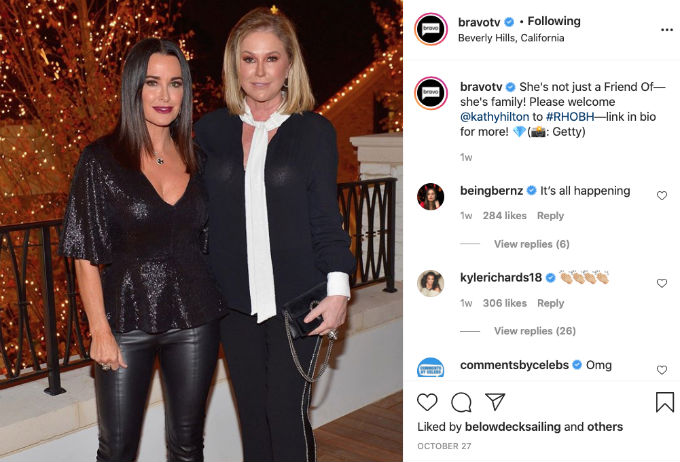 Rumors of Kathy joining sister Kyle on the show have been running ramped for years. Finally, viewers will see the two sisters onscreen, which should make for some good television considering their sometimes strained relationship.

What has Crystal said about filming?

Crystal echoed Kathy’s sentiment that they basically came on board together. She is super excited to be part of the Bravo show.

The mother of two revealed fans can expect fun, drama, and Kathy as a prankster. Crystal promises a lot of fun for viewers.

She also feels in the thick of it right now. In the Bravo video, Crystal admitted all of the women have been welcoming, loving, and accepting.

The footage was filmed while the group was on a little trip. Crystal was thankful for the large house that was rented. 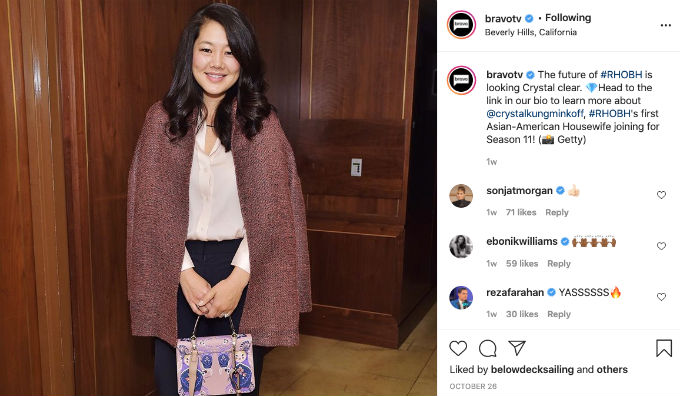 There is definitely a fun, close bond between Kathy Hilton and Crystal Kung Minkoff. They seem very comfortable with each other and are thrilled to be working on The Real Housewives of Beverly Hills together.

One thing fans can count on from Crystal and Kathy is that they will add a whole new dynamic to the cast.

The Real Housewives of Beverly Hills is currently on hiatus on Bravo.