Holby City hospital hasn’t been short of drama in the last few weeks after Essie Di Lucca’s (played by Kaye Wragg) cancer diagnosis was revealed to have worsened and Adrian ‘Fletch’ Fletcher (Alex Walkinshaw) also receiving some difficult health news of his own. With the show about to go on a break, some fans on social media were left saddened by the announcement the show’s episodes would be cut from one hour to 40 minutes this autumn due to the coronavirus pandemic.

In recent weeks, viewers witnessed the demise of former Holby CEO Guy Self (John Michie) after it was revealed he had shares in Kestral – a company about to be bought by the hospital.

Current CEO Max McGerry (Jo Martin) had to revoke the plans to get Kestral on board and admit a humiliating defeat.

With the drama on the wards of Holby only set to hot up, it was revealed this week the programme would be slightly different when it makes its highly-anticipated return.

The long-running hospital drama has just two episodes left before it will go on a short break. 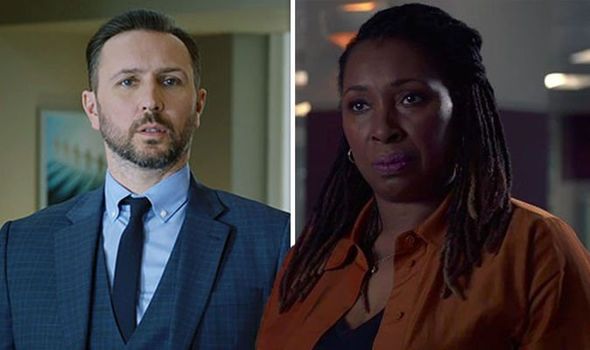 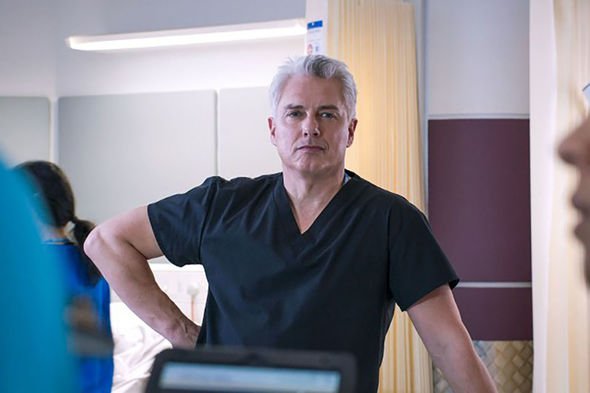 However, when the programme does return to screens later this year, the show will have one big change – the length of its episodes.

When it was confirmed earlier this week the fictional medical series had returned to filming on-set, it was also revealed episodes would be slightly shorter than the usual hour-long instalments.

But fans were not happy with the new running time of their favourite programme.

One wrote on Twitter: “Why is it being cut to 40 mins? Hardly worth watching if this happens.” 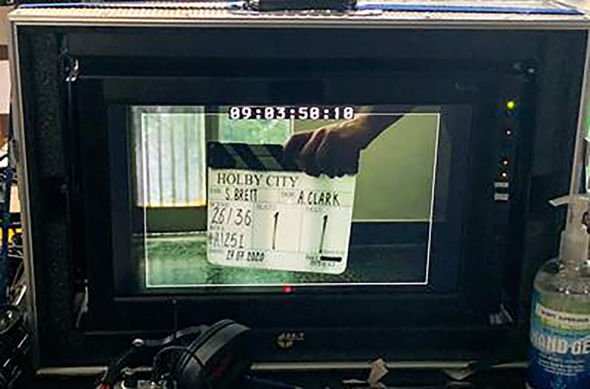 Another asked: “Is that 40 mins to start with, then eventually 1 hr episodes?”

A third added: “Sad but I’d much rather 40 minutes than none at all!”

“Is the cut to 40 mins permanent? [sad face emoji],” commented another viewer.

BBC’s Head of Continuing Drama Kate Oates said: “It’s with great pleasure that we open the doors at Elstree to welcome back the exceptional cast and crew of Holby City.

“We have some gripping stories to tell as we explore how the lives of our characters have been irrevocably changed since the start of the pandemic – and how our heroes battle against the odds, come what may.”

The programme confirmed earlier this week it would be featuring storylines related to coronavirus.

COVID-19 will be a theme going forward when the show returns this autumn, with Max forced to step up to the plate and deal with the hospital in crisis.

It’s not the only battle Max will have to fight as Ric Griffin (Hugh Quarshie) goes head to head with Max, having previously lost all trust in her.

It comes as soaps appeared to have been initially unsure whether to include the impact of the pandemic in their upcoming storylines.

However, with Coronation Street and Emmerdale having already having done so, it seems inevitable that soaps will have to continue to reference coronavirus in the future.

EastEnders has also clarified in its Secrets from the Square spin-off programme there will be implications to characters due to the impact of the virus.

But how will Holby City Hospital cope with the impact of coronavirus when the show makes its comeback later this year?

Holby City continues on Tuesday at 8pm on BBC One.