Home » TV and Movies » Holby City spoilers: Who will be Cameron Dunn’s next victim? 5 characters in danger

Holby City spoilers: Who will be Cameron Dunn’s next victim? 5 characters in danger

Holby City’s Cameron Dunn (played by Nic Jackman) has slowly started to show his true colours to some of his colleagues on the BBC hospital drama. Earlier this year, he took extreme action after realising Xavier ‘Zav’ Duval (Marcus Griffiths) knew the truth about his part in the death of rapist Evan Crowhurst (Jack Ryder). He went on to his third victim this month, whilst in surgery with Chloe Godard (Amy Lennox) – but who may end up being his fourth?

Chloe seems to be the most obvious choice for Cameron’s next victim as he continues to plot her downfall.

The former flames have clashed in recent weeks meaning Chloe has only started to get more suspicious of his behaviour.

Cameron has continued to taunt Chloe as he becomes desperate to stay one step ahead of her within their career.

She seems the most likely to make a grim discovery in the weeks to come and is sure to confront Cameron if this is the case. 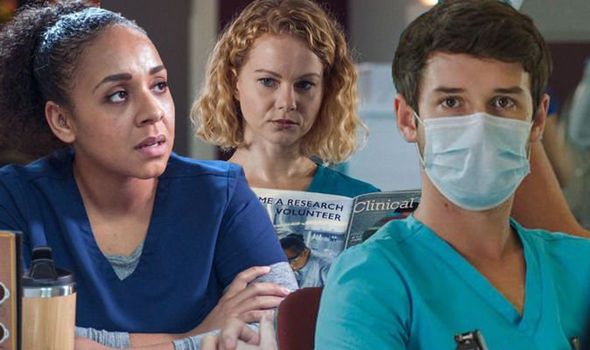 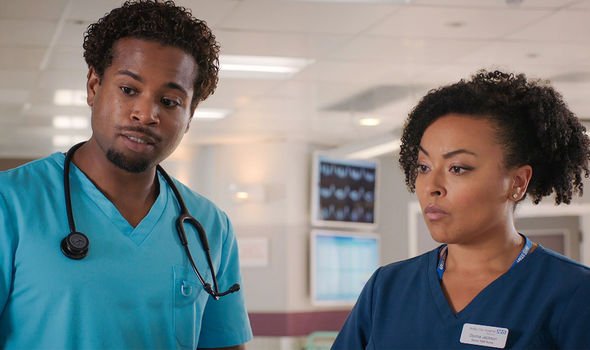 Could this lead to a brutal final showdown between the pair leading to Cameron’s killer instincts coming into action once more?

Her mum Ange (Dawn Steele) is also high up on the list of people who should be very wary of Cameron’s motives.

Ange and Cameron’s tensions have become clear in recent months as the former has made her dislike of her employee clear.

Now Chloe has raised her own concerns over Cameron’s character, this could lead Ange to realise there’s something darker to him than meets the eye. 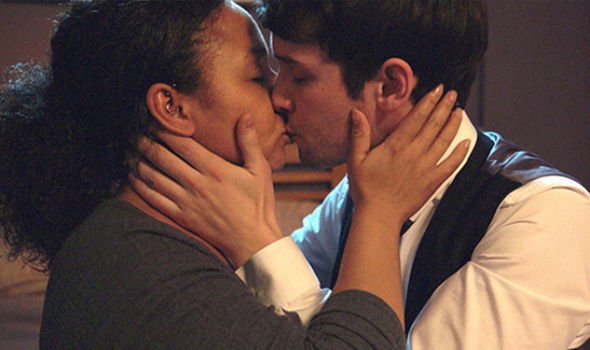 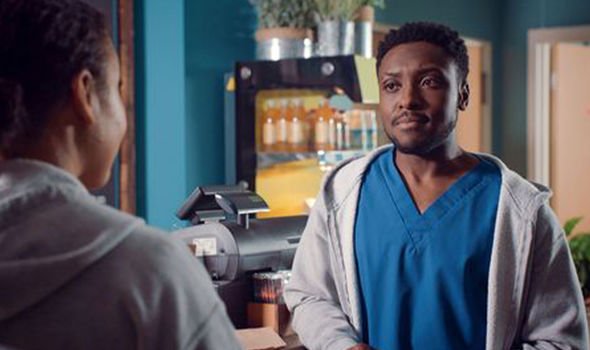 Donna Jackson (Jaye Jacob) also needs to keep her wits about her as the question of her late partner Zav’s death comes to the surface once more.

Earlier this month, she told Donna: “Zav was right you know, Donna. I think we’ve all sat back and let him fool everyone.”

But if Donna does too much digging and finds out the truth, could this lead her to suffer the same fate as her beloved late boyfriend?

Nicki McKendrick (Belinda Owusu) is also completely oblivious to Cameron’s actions as she remains head over heels for her love interest.

However, with her lack of knowledge of Cameron’s evil ways, could she unwittingly put herself at risk of a deadly fate?

Louis McGerry (Tyler Luke Cunningham) is also keeping a close eye on Cameron after narrowly missing out on dating Nicky and he’s only growing increasingly concerned for her blossoming relationship.

Speaking to Express.co.uk earlier this year, actor Nic teased: “It’s safe to say that Louis would have his doubts about Cameron’s ability.

“As a doctor, a surgeon, and maybe see some of… I don’t think everyone can see his true colours entirely, but there’s certainly something that doesn’t fit right the many people in the hospital with Cameron.”

Cameron and Louis have made their dislike of each other on the ward clear – but could this put the latter in grave danger?
Whatever the case, it seems almost certain Cameron’s secret reign of terror is nowhere near its end.

“I mean if you think that you’ve seen Cameron at his worst, you really haven’t. He’s capable of a lot more and it becomes very, very dark,” Nic previously said.

Holby City airs Tuesdays from 8pm on BBC One.