Holly Willoughby, 39, has been a host on This Morning since 2009 when she took on the role from former presenter Fern Britton, 63. The television personality has been by co-star Phillip Schofield’s, 59, side throughout her 11-year stint on the ITV show. However, the pair will be venturing into known territory when they take part in a Christmas Pantomime later this year – which just so happens to be a life-long dream for the mother-of-three.

How is Boris Johnson handling the coronavirus crisis? Vote in our poll

The pair announced the news at the very beginning of Monday’s episode they would be undertaking new roles as pantomimes up and down the country will be cancelled due to the ongoing coronavirus pandemic.

They previously took part in the programme’s rendition of The Wizard of Oz last year, but it was their co-stars Eamonn Holmes, 60, and Ruth Langsford, 60, who performed in the last pantomime.

Therefore, this will be a first for them and they told viewers the performance will take place on Friday, December 11, 2020.

Both were rather excited by the prospect of starring alongside some guest stars who are well known for performing on the stage at Christmas time.

However, what Holly told her co-host and those watching at home was this was a life-long dream of hers, even though she doesn’t know who she will play. 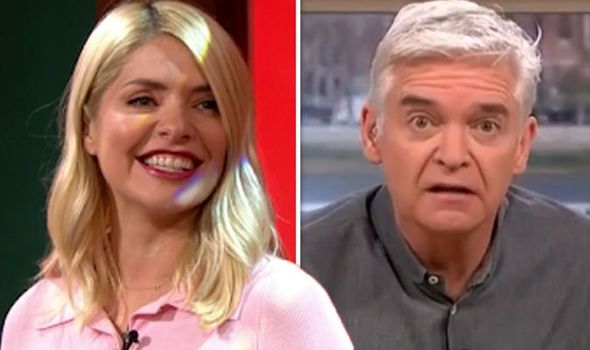 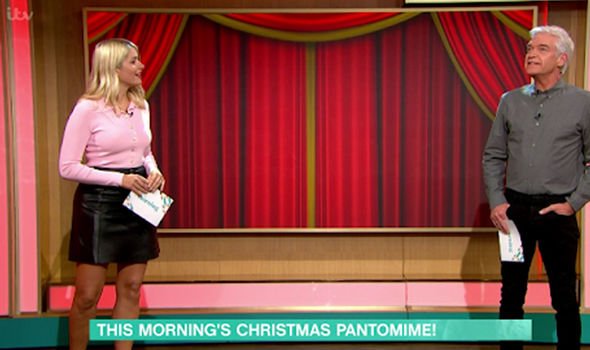 Phillip said to his co-star: “But you’ve just told me, that if time allowed, and it never would, you would love to do panto.”

“That’s all I’ve ever wanted to do, all my life,” Holly replied, with her co-host asking: “Really?… And sing and all of that?”

“Well, that’s the problem you see. That’s where it all goes wrong. I want to do it,” she remarked, with Phillip adding: “That’s okay. You can do an entire panto in the key of L!”

“That’s so mean of you! You’ll have to play a baddie,” the presenter told him, before stating she would “love” to get ready in the costumes. 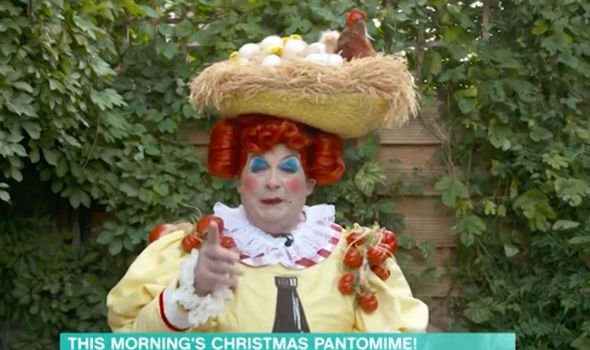 I’ve got to do it soon

Asked who she would like to play, the mother-of-three explained she wanted to take on the role of Cinderella.

“No, you’re never too old to be Cinderella. We’re going to have loads of special guests popping in as well,” Phillip added.

Pantomime legend Christopher Biggins, 71, joined the pair from his home and spoke via video link dressed as an ugly sister.

Commenting on the cancellation of pantomimes, the stage performer said: “It’s very, very sad and I feel sorry for the young kids who won’t be working.

“But we must try and give as much pleasure as we can in these terrible times, and so I think this is a great idea that we do this pantomime.”

Giving some advice to the presenters, he added: “Just have fun and enjoy yourselves, it’s a grand time of year for pantomime.”

Holly asked if she needed to sing, to which he replied: “No darling, no. Very few people sing. Look at Elaine Page, she doesn’t sing.”

Taking to Twitter, those watching at home commented on the news, with one writing: “#thismorning have I really put my tv on to find them talking about Christmas!?”

Another added on the social media platform: “Woohoo @thismorning #christmaspantomine #ThisMorning can’t wait this is gonna be fun.”

Whilst a third posted: “That will be funny this morning Christmas pantomime on December 11th @hollywills @Schofe @AlisonHammond #ThisMorning @thismorning.”

“Phil: We’re throwing a This morning Christmas pantomime Alison: Oh no you’re not! This is why I love British TV #ThisMorning,” a fourth commented.