HOMES Under the Hammer's Martin Roberts was left appalled after a couple converted a £45k derelict bank into SEVEN flats.

In a recent episode of the BBC show, Martin met Steve, who bought a former bank in Crewe.

Martin explained the hurdles Steve would face from the off, revealing: "Well, without stating the obvious, the first thing to note is it was a former commercial premise.

"You’ve got the night safe there, places where the cash points used to be.

“But that does throw up some issues, because the first thing is, it will have a commercial classification in terms of its specific use, and if you’re going to change it from that, you’re going to have to apply for planning permission just to do something else with it!"

Martin added: "But you could be limited as the building has an A2 classification which only allows for financial and professional services to operate." 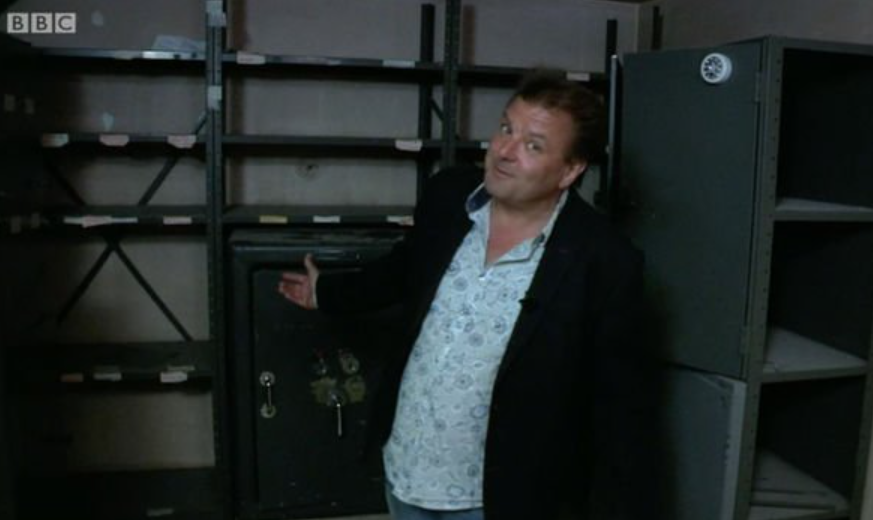 When he met up with Steve – who is registered blind – and his wife Catherine, Martin was filled in on their plans, which were very different from what he had had in mind.

Steve said: "One strategy I’ve learnt works really well in most town centres is to keep the front portion of the property as a commercial unit, because that keeps the town looking like the town and then convert the rear areas and downstairs into residential.

“However, my idea is to put studio apartments in here for people living solo over 35, who need to be in the town centre.”

A surprised Martin asked Catherine what she thought of the ambitious plans and she replied: "I’m really excited. I think it’s an amazing project. We’ve got a couple of other projects on the go so it’s scary, it’s the biggest project we’ve undertaken ourselves."

"Taking on a fairly difficult project with this one though, I am very concerned with the whole planning permission issue, even with this still being a commercial unit. How will it go? It’s 50/50."

Later in the programme, Martin caught up with the couple, who revealed the project had been plagued by setbacks.

However, they had recently been granted planning permission to carry out their bold plans.

Homes Under the Hammer airs weekdays at 10am on BBC One.