Home » TV and Movies » How Old Was Al Pacino in 'Scarface': Who Should Lead the Reboot?

How Old Was Al Pacino in 'Scarface': Who Should Lead the Reboot?

The news is out: Scarface is getting the reboot treatment, and Luca Gaudagnino is set to direct the upcoming movie for Universal Studios. Considering reboots are all the rage — and this is one the greatest crime classics of all time — it was inevitable that such a movie would make its way into the reboot realm. Unfortunately, Al Pacino has aged out of the role a bit. 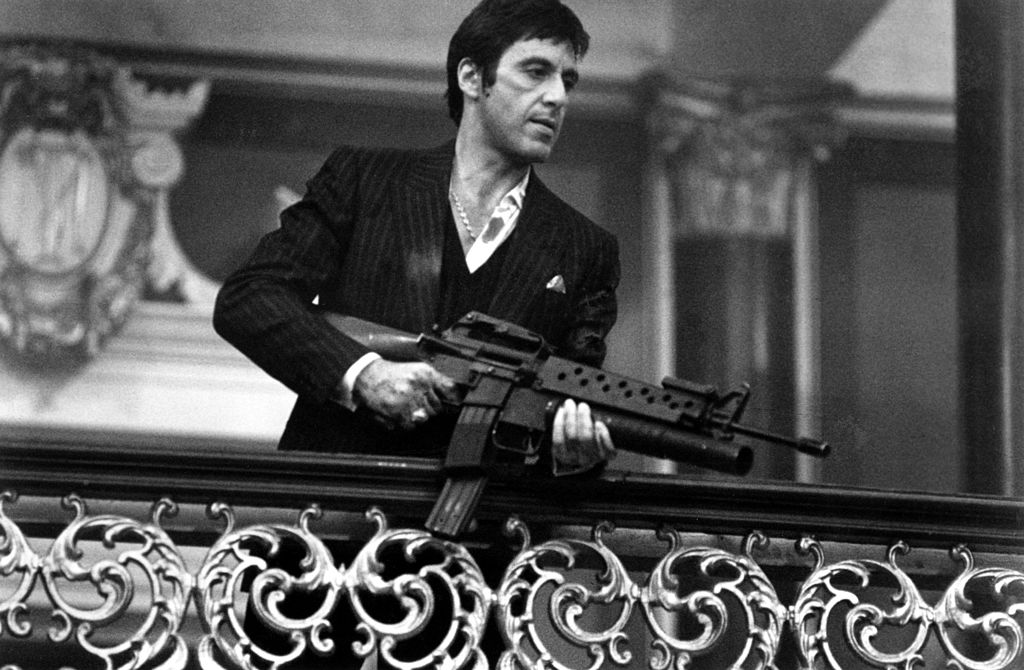 Who could forget Al Pacino’s memorable Golden Globe-nominated turn as Tony Montana? Al Pacino was filming Scarface when he was in his early 40s, as the movie premiered in 1983, and Pacino was born in 1940. Thus, when the movie came out, Pacino was already 43 despite the fact that the character was supposed to be in his mid-30s. Yet, this is Hollywood, and Al Pacino was the right pick, even if he was about a decade older than Montana. Yet, with news of a reboot on the horizon, who should take on the coveted role?

A while back, when news surrounding a Scarface remake began to surface, Diego Luna was attached to the lead character. Luna is well known for his roles in Rogue One: A Star Wars story, Flatliners, and more. However, he confirmed back in February that he is longer connected to the role, as Collider noted. So, who should step up to the plate? Who has what it takes to fill Al Pacino’s very large shoes?

RELATED: Has Al Pacino Ever Won an Oscar? ‘The Irishman’ Star Has Been Nominated 9 Times

1. What about Bobby Cannavale?

Bobby Canavale may be fifty years old, but he doesn’t look a day over 40, so age can be dismissed when it comes to this one.  Though Bobby Cannavale may be recognized for his more comedic roles — Spy, The Other Guys, Jumanji, and more — his work in Vinyl, The Irishman, and Danny Collins shows that he has the range necessary to take on a dramatic and an intense role.

RELATED: How Many Movies Have Robert DeNiro and Al Pacino Made Together?

Scarface 2.0 could be Cannavale’s ticket out of great supporting roles — which he has always risen to — and into the spotlight of an Oscar-worthy narrative. Cannavale has also worked with Pacino in the past, so maybe he could call him up and ask for a few tips.

If anyone has mastered looks that can kill, it’s Oscar Isaac. Oscar Isaac is quite adept in the action and drama spaces, previously appearing in Ex Machina, Triple Frontier, Star Wars: The Rise of Skywalker, and more. He’s also 41 years old, which makes him about the same age Al Pacino was when he rose to the challenge.

3. Pedro Pascal is currently all the rage

Due to The Mandalorian, everyone knows who Pedro Pascal is, and if the filmmakers are looking to cast an actor whose name will draw people to the theatre, he would be a wise pick.

From Graceland and Narcos to Game of Thrones, Pascal has a portfolio that has virtually led to this career moment. Pascal has a certain presence about him — he brings an intensity and a fierce conviction to each role, which would work for Tony Montana.