KNEELING on a plastic sheet spread across her studio flat, Emma heard the newborn cry of her second child, Mia, and felt the joy and exhaustion of any new mum.

But this was no ordinary home birth. Emma is a surrogate and, within seconds, the baby was handed to two dads, Kevin and Aki, who welcomed her with tears streaming down their cheeks. 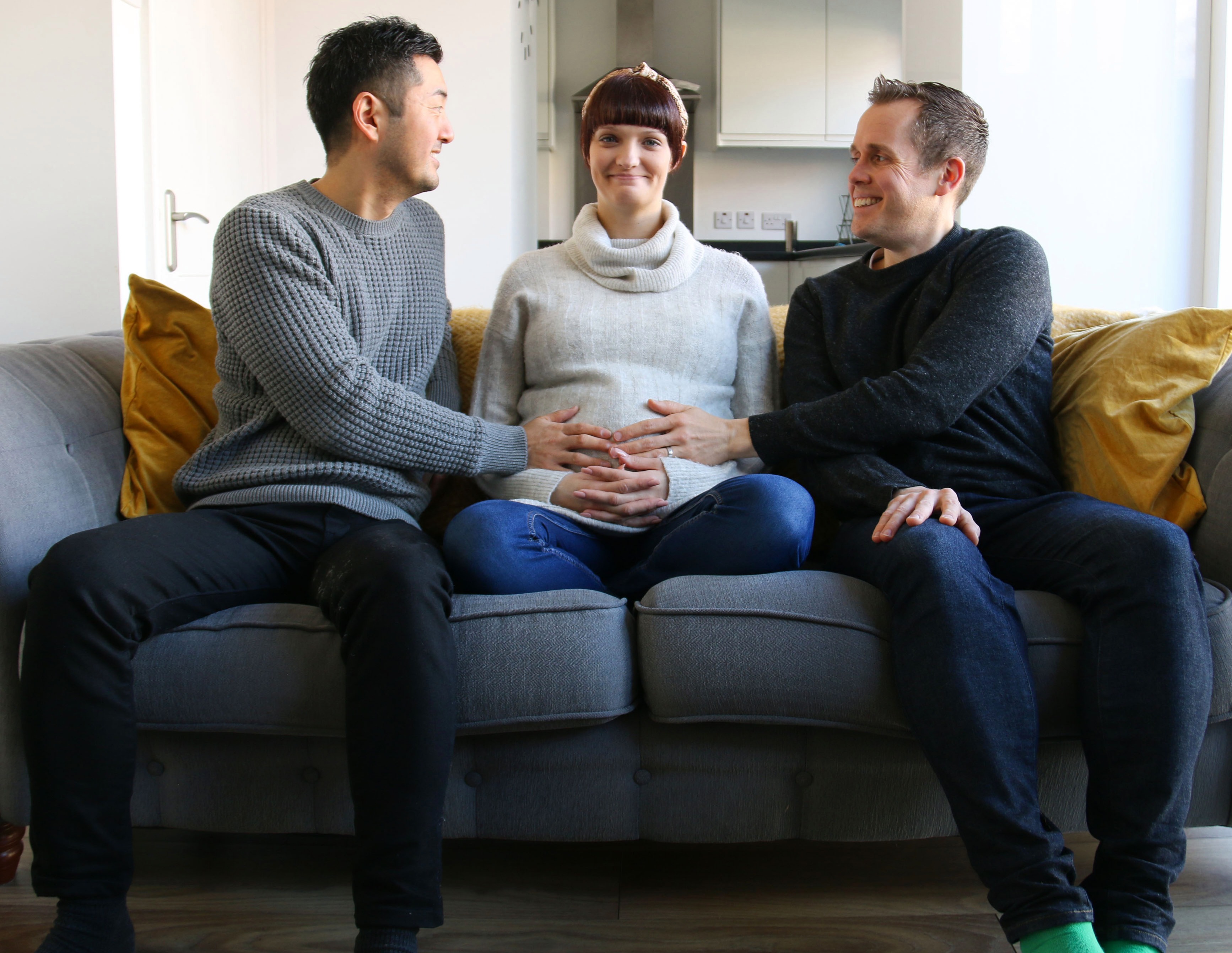 Emma, from Reading, is one of five mums featured in the documentary series The Surrogates, which drops on BBC3 on Sunday.

Incredibly, the 24-year-old wanted to be a surrogate even before she had her own son Jacob, now three, and plans to have two more children for others before having any more of her own.

Earlier today Channel 4news presenter Jon Snow announced the arrival of a baby boy with his wife, Dr Precious Lunga, via a surrogate, after suffering "numerous medical setbacks and miscarriages".

While surrogacy is legal in the UK, no payment is allowed other than expenses incurred during the pregnancy, up to £12,000.

In an exclusive interview with The Sun, Emma, who gave birth a week into lockdown last March, says her seemingly selfless act is quite the opposite. 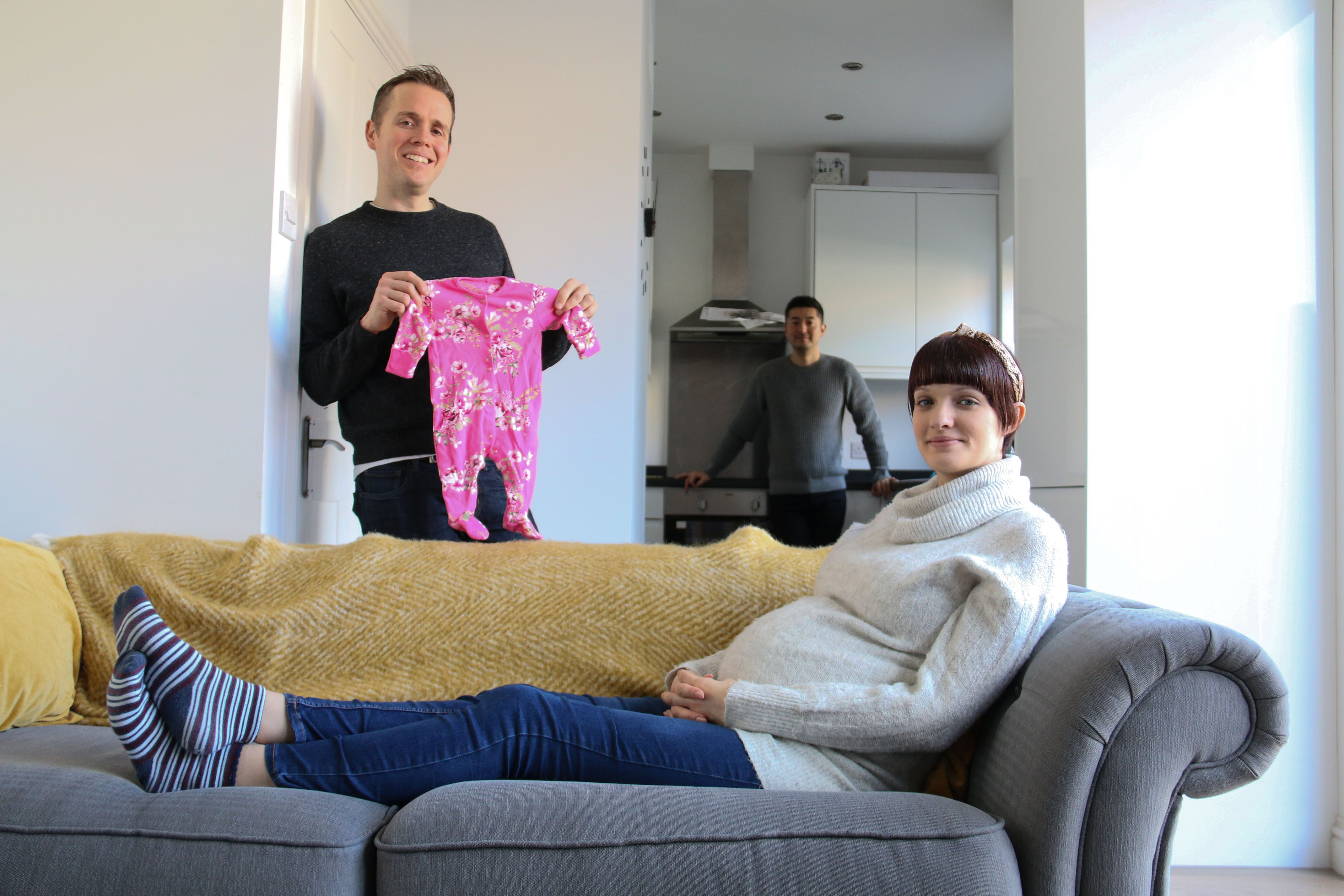 “It is quite a selfish thing, but to see that happiness on someone else's face is amazing,” she says.

“The moment I handed Mia over to Kevin and Aki was beautiful. They were crying their eyes out.”

Passing on the 'gift of fertility'

Emma was just 20 when she fell pregnant with Jacob, and split with his father three months after he was born.

Now a full-time mum, she was keen to help others experience the joys of parenthood. 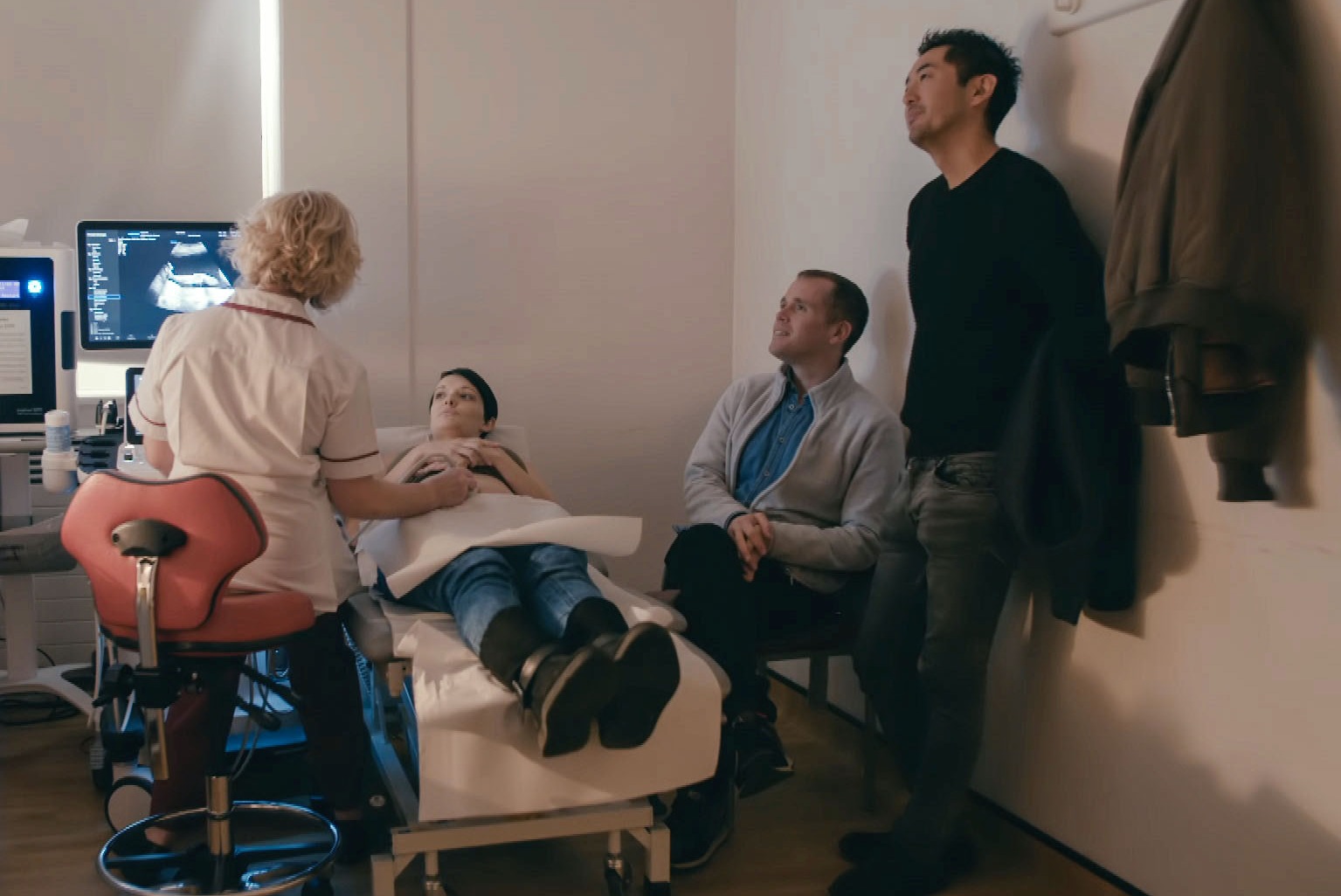 “I knew that if I ever suffered from infertility or if I was in a position where I couldn't have children easily, it would have broken my heart,” she says.

“But I was blessed with the gift of fertility so I wanted to help someone else.”

When Jacob was 18 months old she actively began searching for a couple on one of the many surrogacy ‘dating’ apps that have sprung up in recent years, and came across Kevin, 36, and Aki, 41.

“We got talking and they mentioned they were in Surrogacy UK and I joined, so that we could do it with the help of an organisation.

My mum thought I'd lost the plot

“We started a friendship, which is fantastic.”

Kevin tells the show the couple had been trying to find a surrogate for three years and that it was “love at first sight” as soon as they met Emma.

But not everyone in the family was on board.

“My mum thought I'd lost the plot,” she laughs. "She was not happy with me at all and thought it was too risky.

“But she absolutely adores Mia now.”

'I made myself orgasm to help chances of conception'

Initially the plan was to use fertilised embryos stored in a London clinic by Kevin and Aki, but Emma, then 23, found her young age was a barrier.

“We experienced a lot of discrimination at the clinic,” she says. “Because of my age, they felt I hadn’t looked into it properly and I wasn't ready, which was completely untrue. 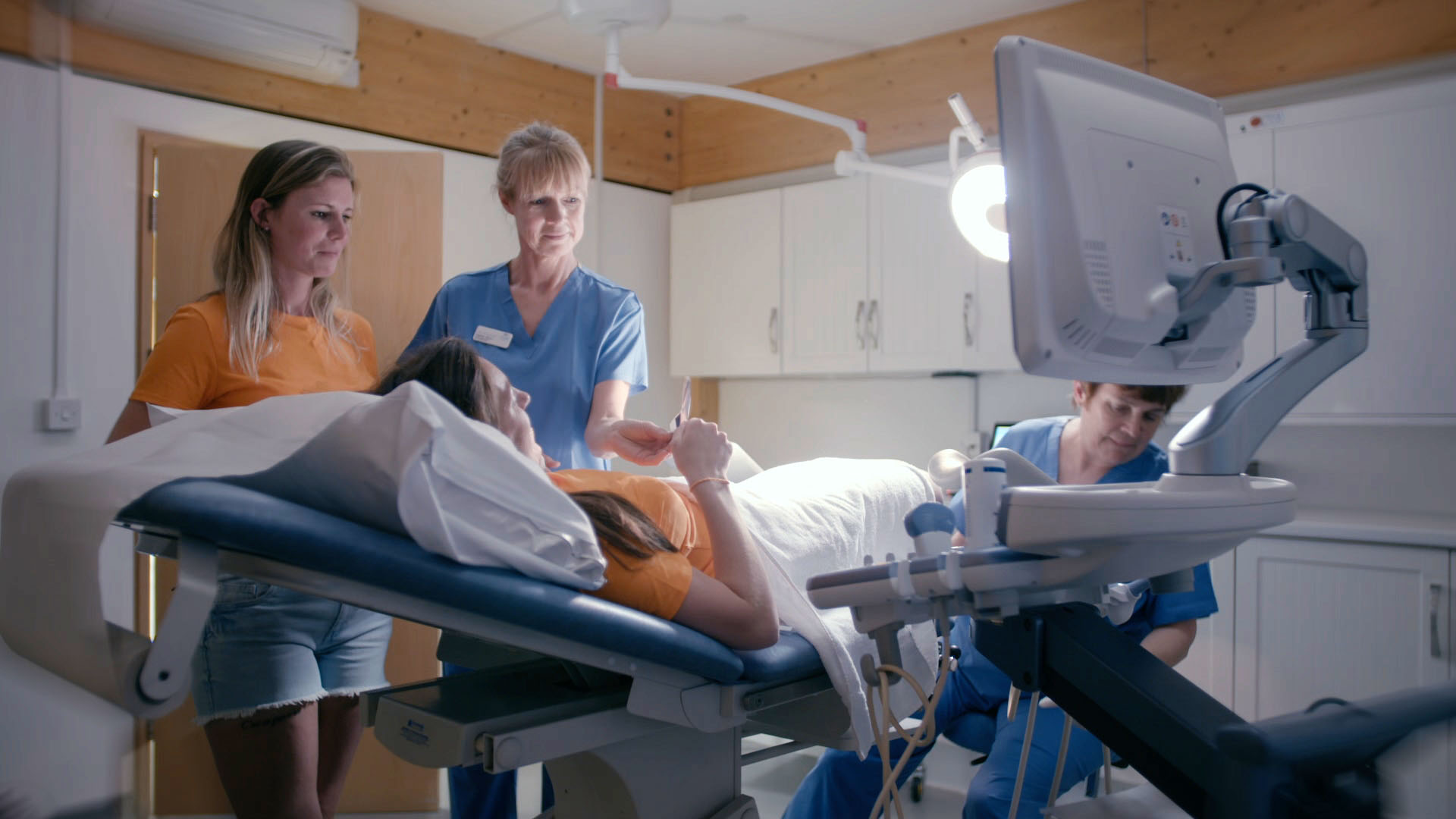 “I'd been researching it from before Jacob was born, and I was so offended. They wanted us to wait a year but we wanted to do it straight away.”

Instead they went for “straight surrogacy” – meaning the egg of the surrogate and sperm of the intended parent is used.

“Aki did his business into a pot, and I got a syringe and popped it up there,” says Emma.

“I did make myself orgasm because that helps pull the sperm up there to help the chances of conception.” 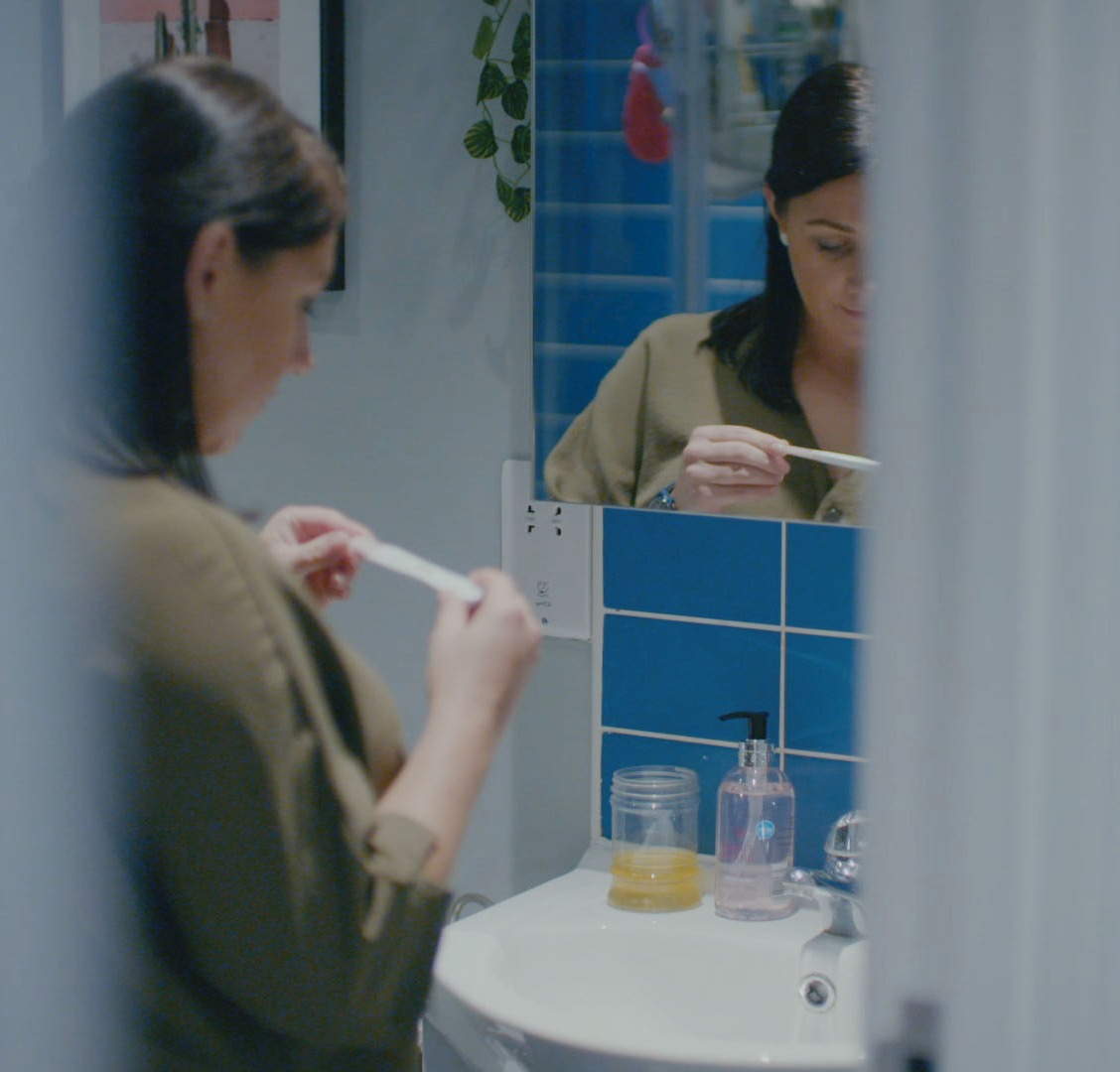 Legally, a surrogate mum can change her mind at any point of the pregnancy and can refuse to hand over parental rights after the birth.

But, despite being the baby’s biological mother, Emma never worried about being unable to part with the child.

“It took a while to work it all out but once we did it, it was absolutely fine,” she says.

“I never felt like Mia was my daughter because it's a very different mindset.

“You know you're growing it for the intended parents and you’re like a hotel, helping the baby out until it comes out.”

Even Jacob, aged two at the time, understood the baby was not coming home to live with them.

“When I was heavily pregnant with Mia, and strangers congratulated me or asked if I was excited about the new arrival, he’d correct them and say, ‘No. It's Kevin and Aki's baby’,” she says.

Throughout the pregnancy, Emma spent more and more time with the couple, staying at their home with Jacob and preparing for the birth.

But shortly before Mia was due, their careful plans were thrown into disarray by the Coronavirus pandemic. 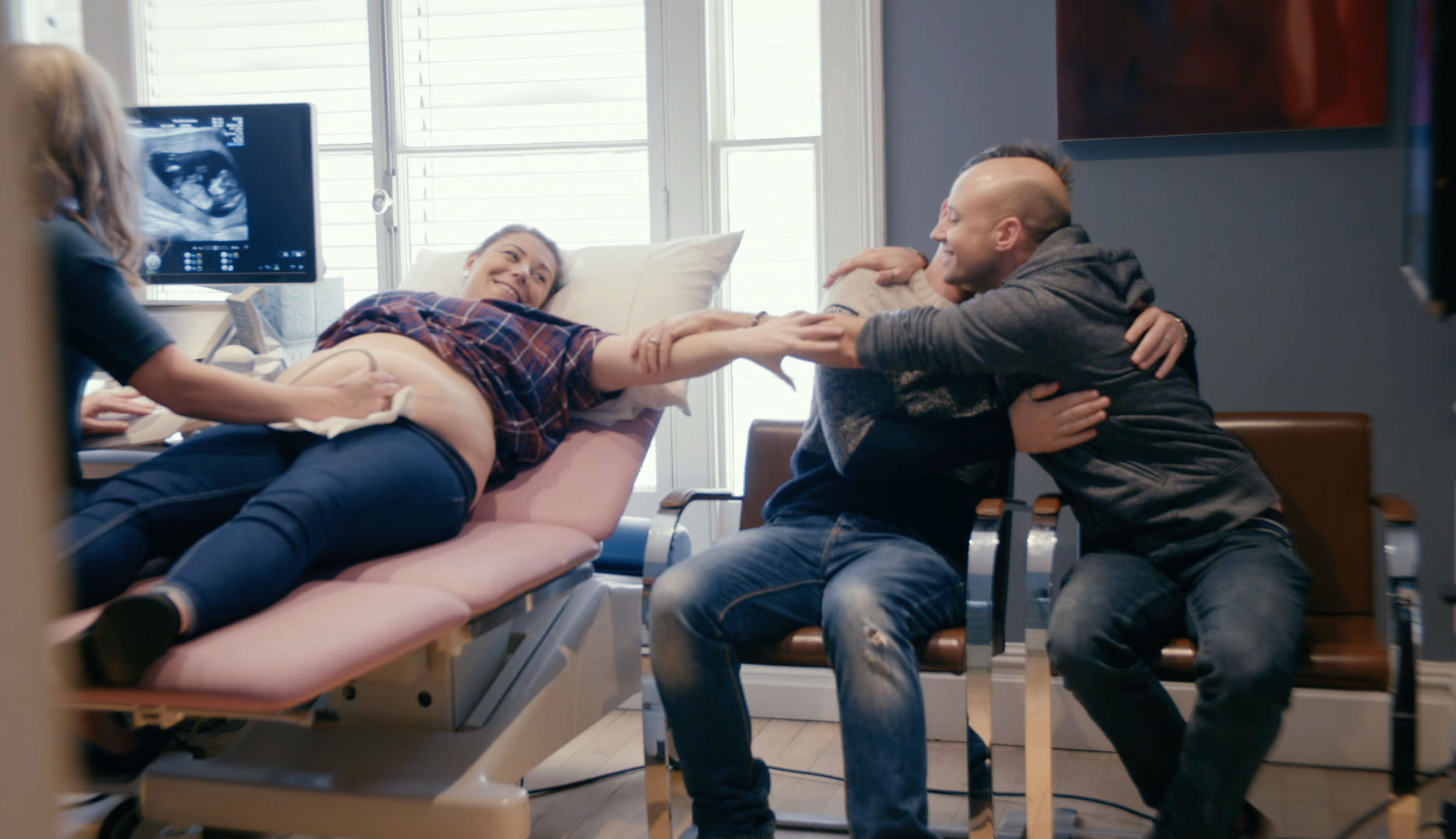 With Emma’s local hospital, the Royal Berkshire, among the worst affected by the first wave, she decided to switch to a home birth.

“I lived in a studio flat at the time so I put lots of tarpaulin down on the floor when I went into labour at 5.30am,” she says.

Emma, who is filmed giving birth in the documentary, says even after seeing her baby she had no problem handing her over. 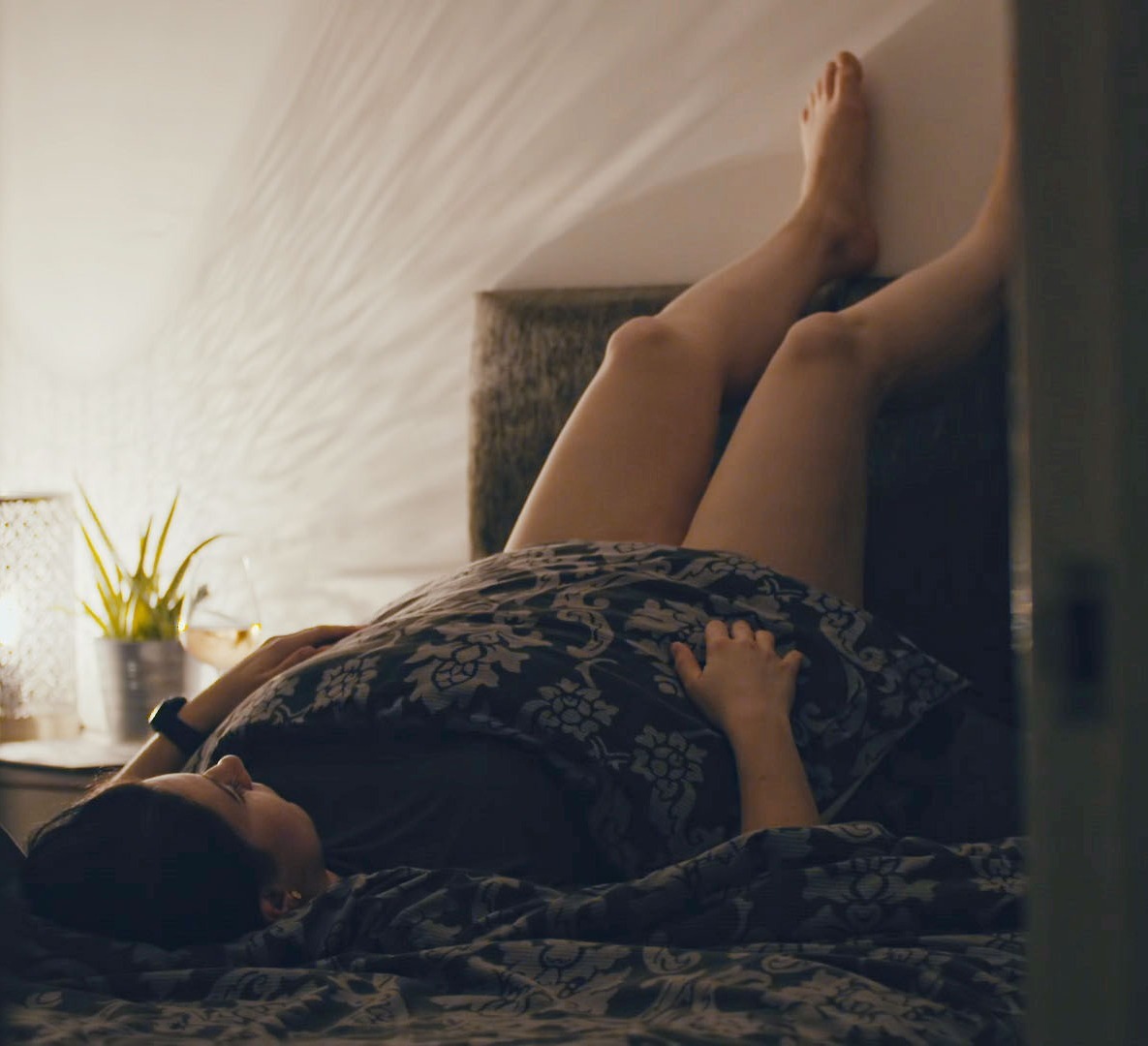 “The two dads were crying their eyes out, they were so emotional. I just wanted to go to bed.

“They left about 3am and it wasn't difficult to see them leave. It was the moment we'd all been building up to for a year and it was beautiful.

“I didn’t get any post-natal depression. Some surrogates do but it's not necessarily because they miss the baby. It's the hormones that you get in any pregnancy and birth.

“I constantly video chat Mia and her dads and when lockdown eased, I was able to see her.

We definitely don’t do it for the financial gain

“They call me Auntie Emma and that's exactly how I feel – like an aunt.”

All three plan to explain the genetic link to Jacob and Mia, when they are old enough to understand.

“Technically they are half-brother and -sister, but that's not how they're raised,” she says.

“We are treating them more like cousins, but we’ll tell them the truth.”

Emma is already planning her next surrogate pregnancy, with a couple in Cardiff, and plans to give Kevin and Aki another baby before “retiring” and possibly having a child of her own.

Although Emma’s expenses – including make-up, maternity clothes and childcare for Jacob – came to over £7,600, she says no surrogate is in it for the money.

“I would never do it for money even if we could get paid,” she says. “It would feel too transactional.

“We put ourselves and our families, our children, through a lot. We risk death, illness and surgery. I could die during pregnancy.

“There’s no amount of money that takes away that edge of being a surrogate. We definitely don’t do it for the financial gain.”

The Surrogates is available on BBC3 from March 14