Matt Hancock discusses ‘what matters for the UK’

After a discussion about Covid fears amid the spread of the Indian variant, Sophie asked the health secretary during an interview on Sky’s Sophie Ridge on Sunday about the recent controversy surrounding how the Prime Minister paid for his flat redecoration. But he insisted he was focusing on other things.

Responding to Sophie’s question, Hancock refused to get involved in the conversation.

He scoffed and said: “Frankly, there’s so many more important things and I think that’s what the voters concluded at the elections a couple of weeks ago.”

“Which is why we spent the majority of this talking about Covid and one question on this,” Sophie replied.

She added: “But it is an important question.” 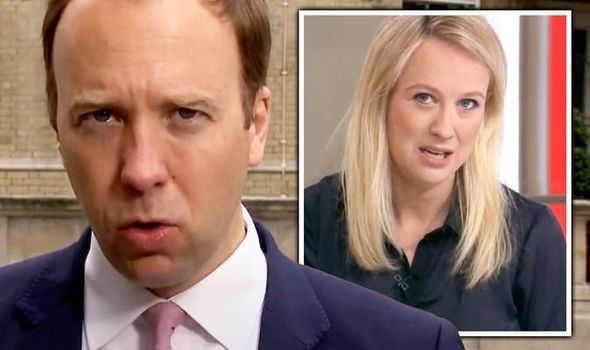 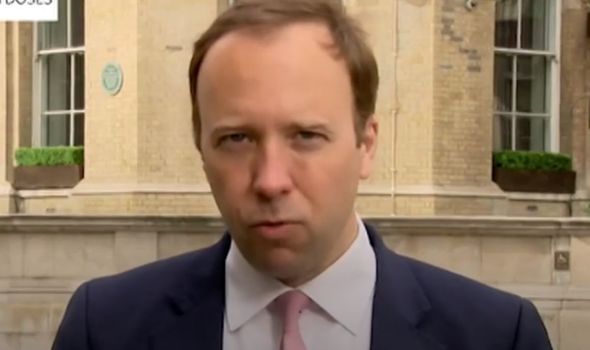 Matt retorted: “Sophie do you know what, I’ll tell you what I really think, Sophie.

“When we were campaigning in those local elections, I knocked on one door in Middlesbrough and this guy opened the door and without me saying anything, he said ‘you tell Boris I don’t care about wallpaper, I care about the fact you got me my jab.’

“And that’s the approach that I’m taking.”

Sophie replied: “So journalists shouldn’t ask questions about whether or not the Prime Minister’s broken rules?” 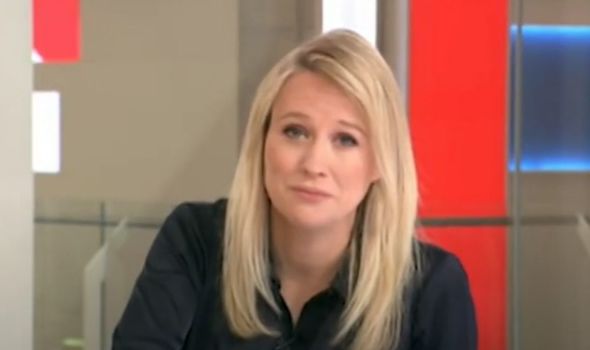 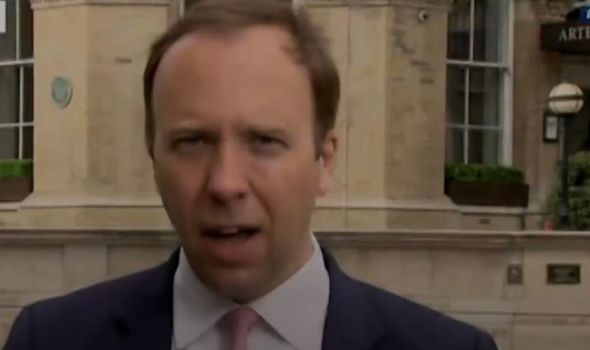 “That doesn’t matter?” Matt wouldn’t budge on his view, responding: “You can ask me what you like and I’m going to talk to you about what I’m doing and Covid.

“And the Prime Minister’s followed the rules, we all know that, and what matters for this country is getting through and out of this pandemic and making sure that we can then have a great decade in the rest of the 2020s.

“It’s been a pretty tough time – I know there’s endless questions about this sort of thing but I’m confident that the rules have been followed.

“And what I do, is I concentrate on what’s important for the nation.”

Some viewers were quick to give their view following the interview.

Taking to Twitter, one said: “So depressing to hear that @MattHancock doesn’t think that corruption is an election issue on @SkyNews Apparently @BorisJohnson can get away with dodgy funding for wallpaper and holidays, as voters don’t care. “Depressing judgement on both British electorate and @Conservatives.”

Another wrote: “We NEED to send these MPs for trial on #CrimesAgainstHumanity. #Ridge #SkyNews.”

“Don’t believe anything Matt says because he’s just making it up,” another commented.

Others took a different view, with one person commenting: “Organised and calm. Not a hint of panic in his voice. And totally trusted.

“Matt Hancock is proving to be this country’s greatest health secretary. The nation is behind you Matt.”

It comes as concerns are increasing about a potential new wave of Covid cases as the Indian variant spreads.

The cases have the potential to halt the easing of restrictions which are set to begin tomorrow and escalate on June 21.

Sophie Ridge on Sunday airs weekly from 8.30am on Sky News.