Harrison Ford is Haunted by the 'Indiana Jones' Theme Song

Spielberg’s classic Indiana Jones quadrilogy is being released later this year in 4K Ultra HD for the first time. The collection will include Raiders of the Lost Ark, Temple of Doom, The Last Crusade and The Kingdom of the Crystal Skull.

The films have also received the Dolby Vision and Dolby Audio treatment, improving their picture and sound quality exponentially.

Paramount today announced the series would be getting the historic remaster in time for its 40th anniversary.

The first film in the series, Raiders of the Lost Ark, was first released in 1981, introducing the world to Dr Jones and his whip-cracking antics.

Included in the box set is a behind-the-scenes booklet showcasing how the films were directed and created by Spielberg and Ford. 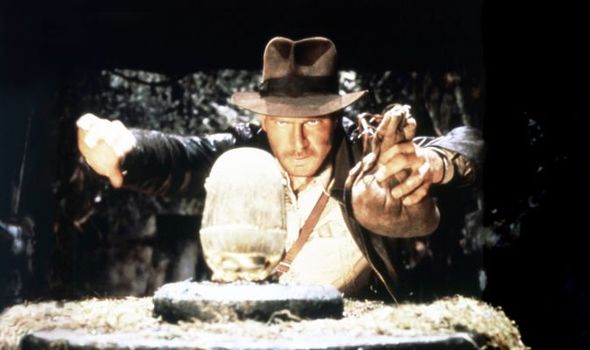 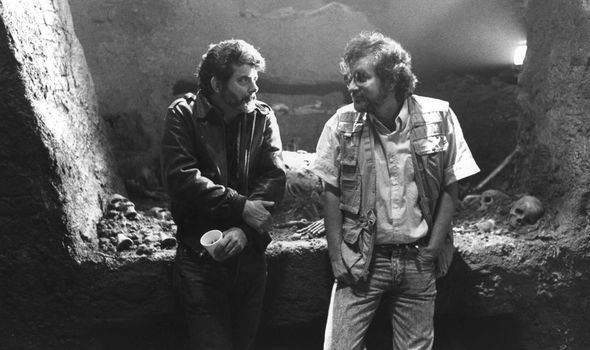 As well as “Making Of” videos showing how the stunts in the films were created, further documentaries are included such as The Making of Raiders of the Lost Ark and Indy’s Women: The American Film Institute Tribute.

Further details are also provided about some of the most memorable scenes in the franchise.

Most notably, a video is included titled: Raiders: The Melting Face!, which details how the legendary scene was put together. 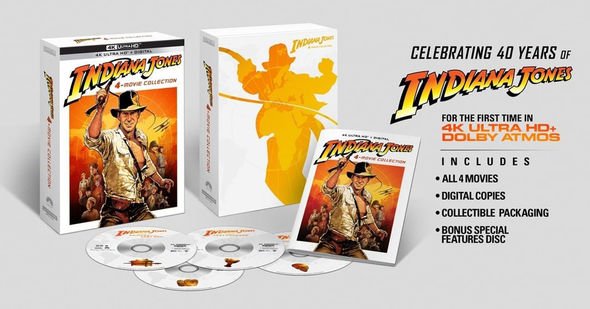 Spielberg worked hard through the years to create a unique experience in the Indiana Jones series – but he originally wanted to take on a different franchise, James Bond.

After some film successes in the 1970s, the director was keen to take the reins of the cinematic spy.

However, he didn’t get the answer he wanted when he called Bond producer Cubby Broccoli.

Speaking on BBC Radio 2, Spielberg said: “I called Cubby Broccoli twice, and after Jaws which was such a huge success, I thought: ‘Hey people are giving me final cut now.’ So I called up Cubby and offered my services but he didn’t think I was right for the part.”

Spielberg tried again two years later, but to no avail.

He said: “Then even after Close Encounters [of the Third Kind] came out and was a big hit – once again – I tried to get on a Bond film. And now they can’t afford me. So [Bond producer] Barbara [Broccoli], forget it.”

In another interview he added: “I’ve never asked again. Instead, I made the Indiana Jones series.”

The legendary director took a few nuggets of inspiration from the series and injected them into the Indy series, however.

The Temple of Doom started off in a gangster-filled casino, just like Bond does frequently.

An even more obvious reference was in Dr Jones’ outfit. During the scene Ford wore an off-white tuxedo with a black bowtie and a red flower lapel.

This is the exact outfit worn by Sean Connery in 1964 Bond movie Goldfinger.

Indiana Jones 4-Movie Collection is due for release on June 8, 2021.

The Indiana Jones films are available to watch on Amazon Prime Video now.

On Set with Raiders of the Lost Ark

-From Jungle to Desert

-From Adventure to Legend

-The Making of Raiders of the Lost Ark (1981 documentary)

-The Making of Raiders of the Lost Ark

-The Making of Indiana Jones and the Temple of Doom

-The Making of Indiana Jones and the Last Crusade

-The Stunts of Indiana Jones

-The Sound of Indiana Jones

-The Music of Indiana Jones

-The Light and Magic of Indiana Jones

-Indiana Jones and the Creepy Crawlies (with optional pop-ups)

-The Effects of Indy (Kingdom of theCrystal Skull) (HD)

-Adventures in Post Production (Kingdom of the Crystal Skull) (HD)