The Oscars will be adopting new diversity guidelines soon, but the Independent Spirit Awards are already walking that talk.

None of the nominees announced Tuesday for the best feature award at the Indie Spirits — “First Cow,” “Ma Rainey’s Black Bottom,” “Minari,” “Never Rarely Sometimes Always” and “Nomadland” — were directed by white men, whose efforts are usually far overrepresented during awards season.

All five nominees for best director are women and people of color, too. And of the directorial debuts nominated in the best first-film category (including “I Carry You With Me” by Heidi Ewing, “The Forty-Year-Old Version” by Radha Blank, “Miss Juneteenth” by Channing Godfrey Peoples and “Nine Days” by Edson Oda), only one was directed by a white man — Darius Marder’s “Sound of Metal.”

For too many years, the Indie Spirits, handed out by the nonprofit Film Independent, could feel like they were following the Academy Awards’ lead, handing their trophies to whoever was deemed the Oscar front-runner. They were even accused of bending their own rules to let in bigger, starrier productions — in one memorable example, Harvey Weinstein successfully lobbied the organization to lift its $20 million budget threshold so that “Silver Linings Playbook” could be considered. It won four awards at the 2013 ceremony, including best feature.

But the Indie Spirits work best as a corrective of the bigger, more prestigious ceremony. The last two winners of the best-feature Indie Spirit — “If Beale Street Could Talk” and “The Farewell” — weren’t even nominated for best picture at the Oscars and absolutely should have been. And though the Indie Spirits did nominate the film that some consider this year’s Oscar front-runner, Chloé Zhao’s “Nomadland,” the race is still fluid. 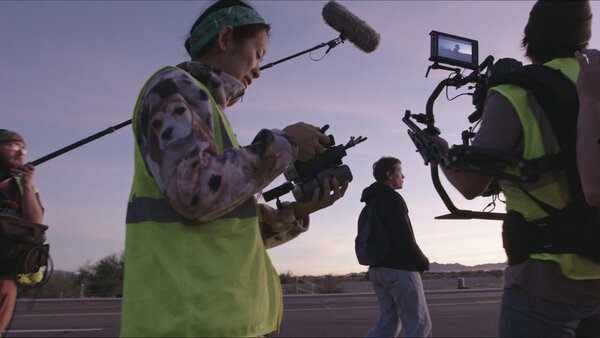 (The best feature nominees echoed other recent awards announcements. On Sunday, at the New York Film Critics Circle ceremony, “First Cow” won best film. And on Monday, the American Film Institute included several lower-budget films among its Movies of the Year: “Da 5 Bloods,” “Judas and the Black Messiah,” “Ma Rainey’s Black Bottom,” “Mank,” “Minari,” “Nomadland,” “One Night in Miami,” “Soul,” “Sound of Metal” and “The Trial of the Chicago 7.”)

Regina King’s “One Night in Miami” earned the group’s Robert Altman Award, which is given to a single film’s director, casting director and ensemble of performers.

The ceremony will be broadcast live on the IFC channel on April 22. See the full list of nominations here.