The reality star's close friends and family all got together to gather outside her home in Calabasas with balloons, presents and cake – and the birthday girl decided to document the whole thing on her Instagram. 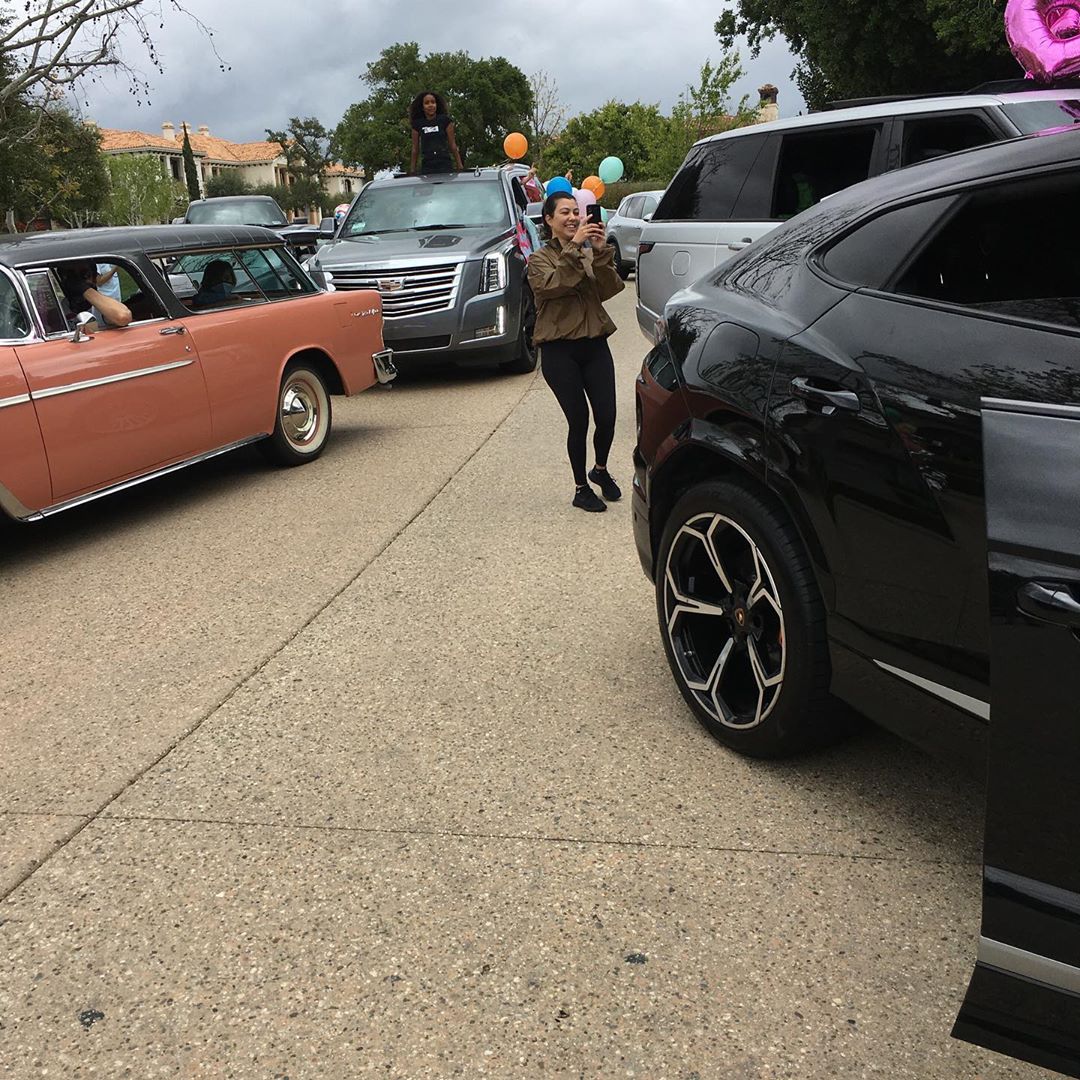 The mom of three's special day started off with a trail of white petals leading down her staircase to a den made by her seven-year-old daughter Penelope.

She was soon distracted by some amazing Minnie Mouse balloons in her foyer that were organized to be delivered by her younger sister Khloe, 35.

But treats didn't stop there as sisters Kim, 39, Kendall, 24, and Khloe were joined a group of Kourtney's closest pals for a "social distancing birthday bash," which kept to the guidelines that have been set to help stop the spread of COVID-19.

Another video showed her whole street filled with cars and her loved-ones beeping their horns, blasting out Rihanna's song Birthday Cake and singing happy birthday. 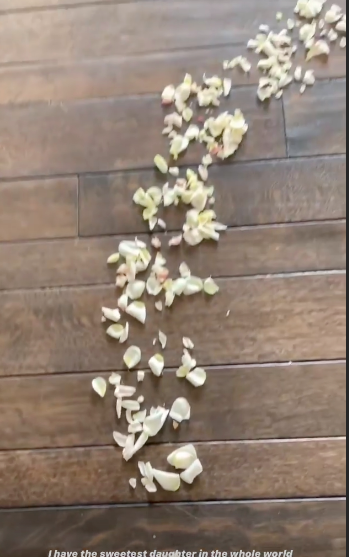 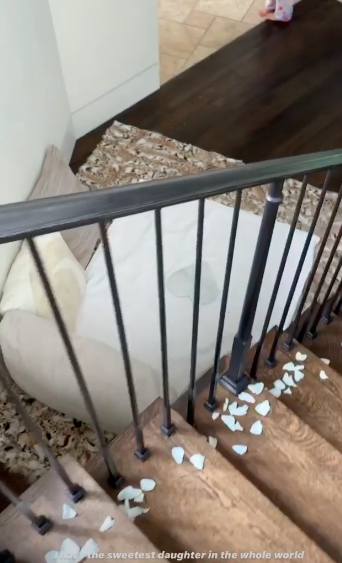 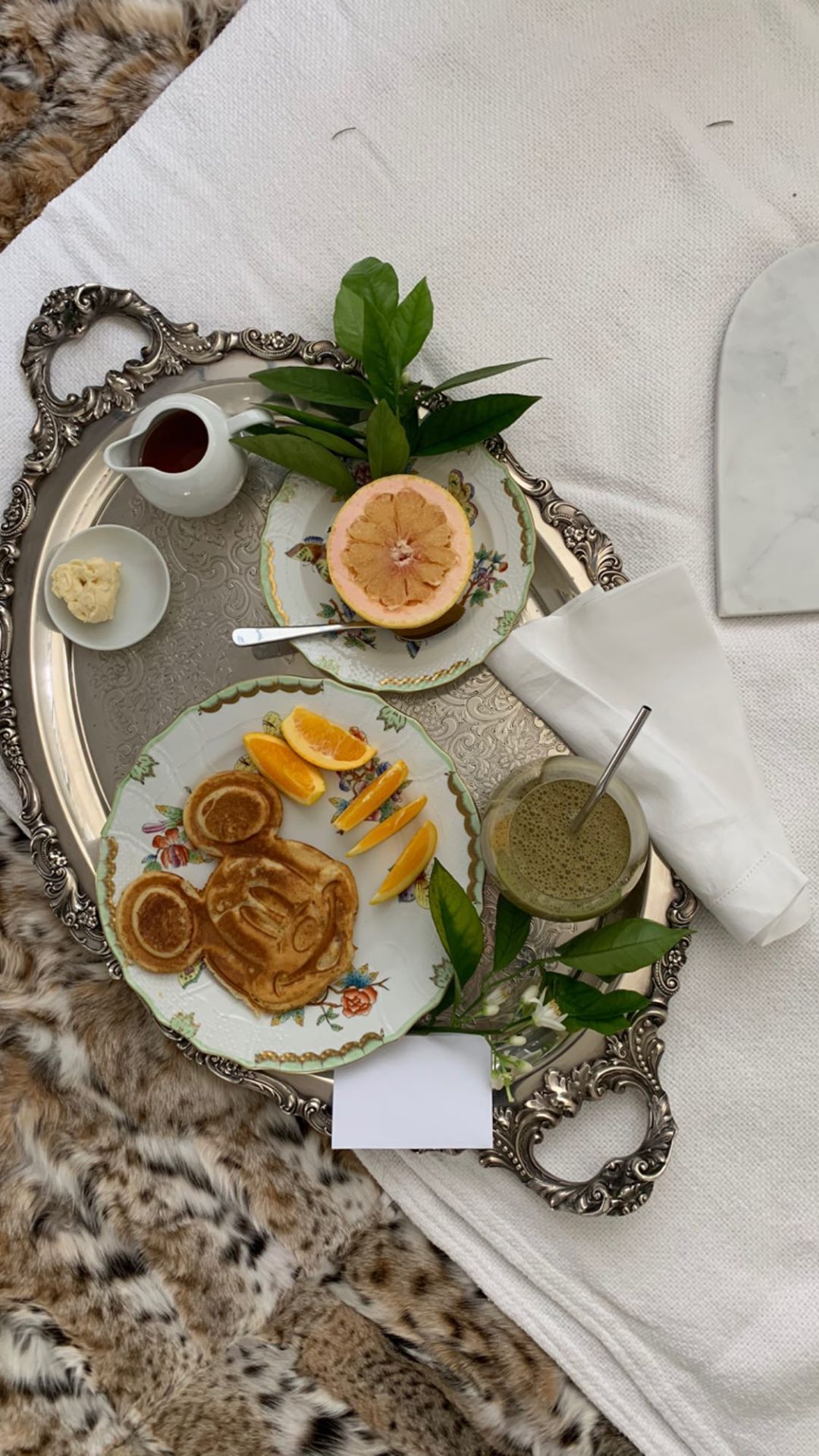 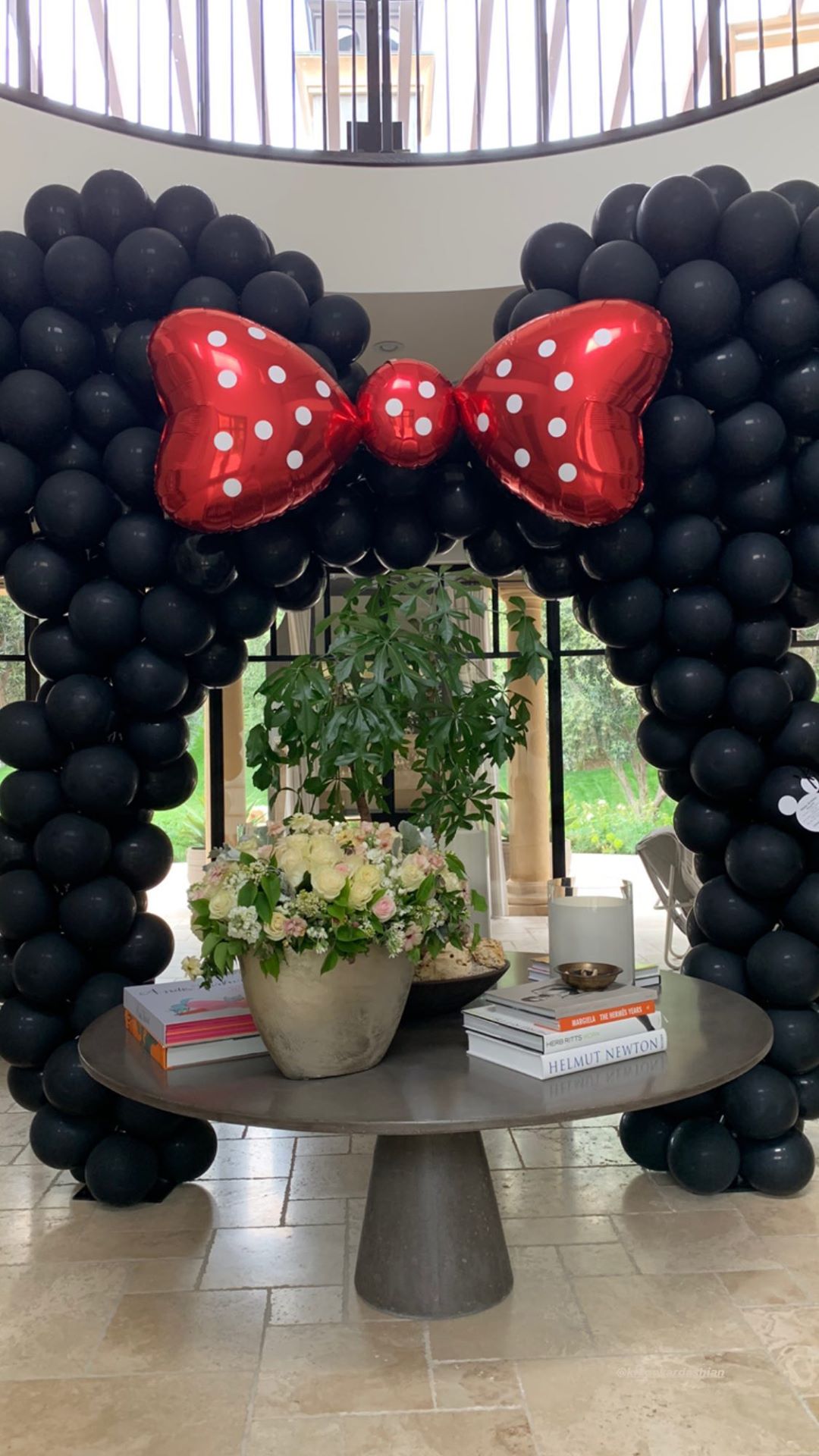 She captioned the post: "Heard a bunch of honking and screaming, and came out to this, best birthday surprise"

Kourtney wasn't the only one to document the amazing surprise on social media, the rest of her pals, including BFF Sarah Howard, stylist Dani Michelle, Kim's personal assistant Stephanie Shepherd, model Fai Khadra and managing editor of Poosh Michelle Scanga also did too.

With all the commotion going on outside her sister's lavish pad, Kim joked on her story "the neighbors hate us lol."

The kids also got to have their own fun too as Saint West and his younger cousin Reign had a go at hitting the human-sized piñata that looked very similar to the birthday girl. 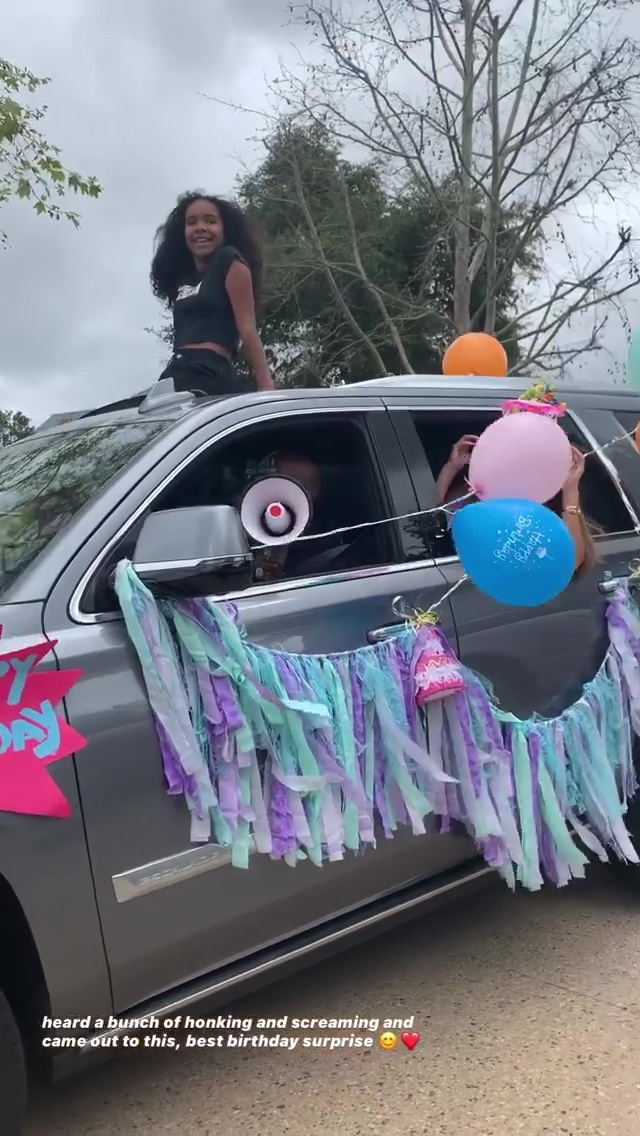 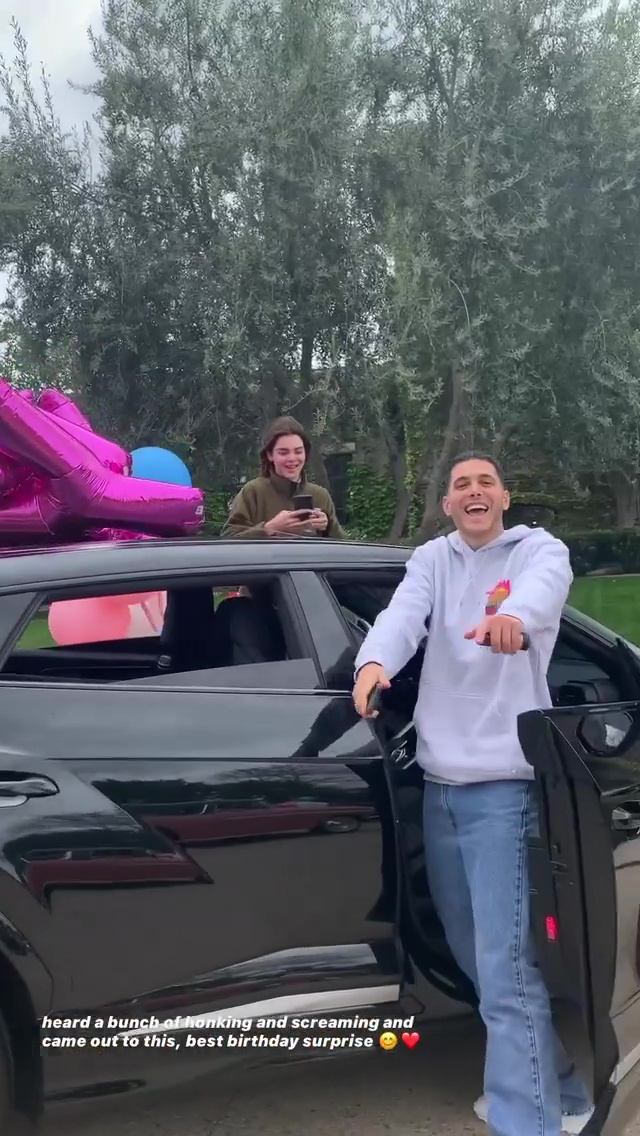 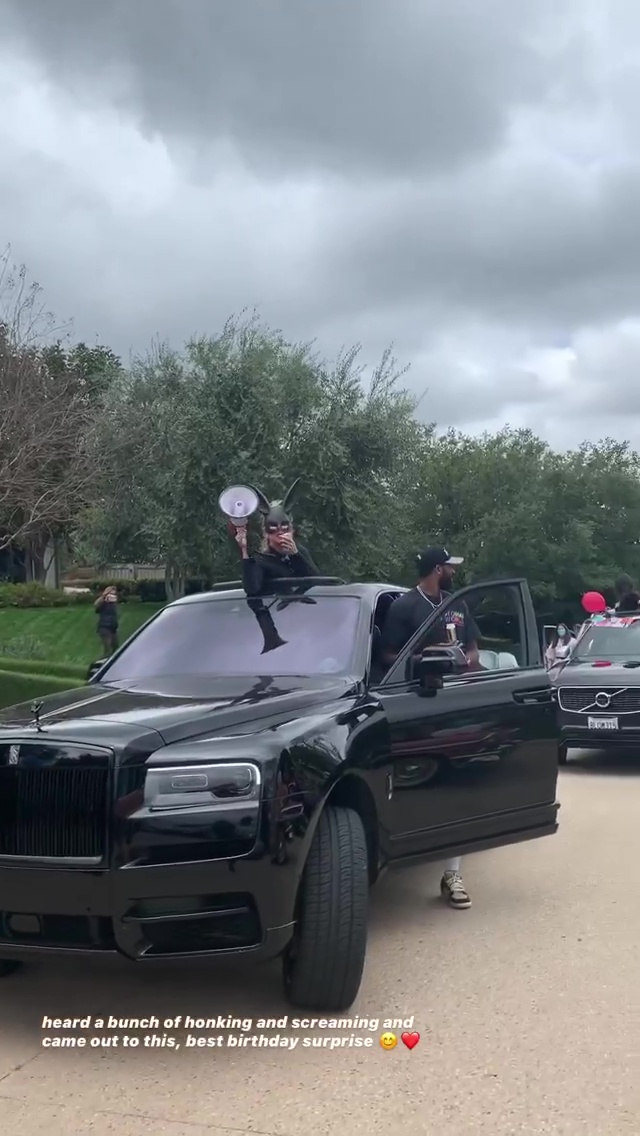 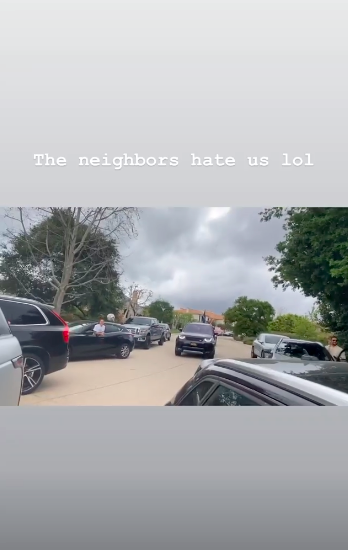 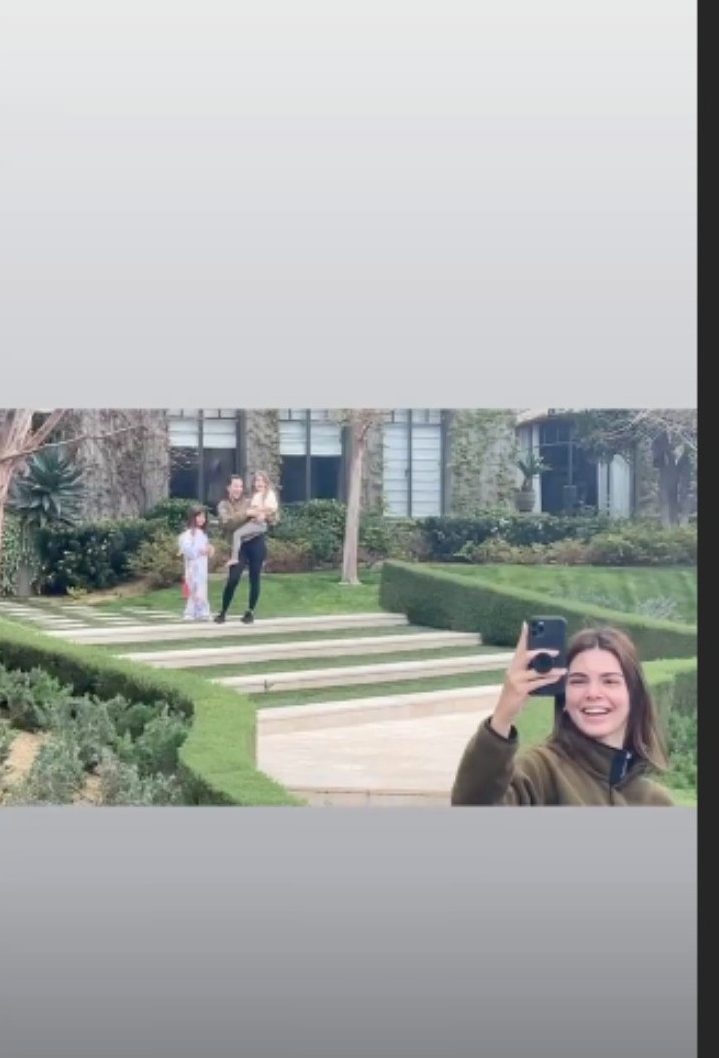 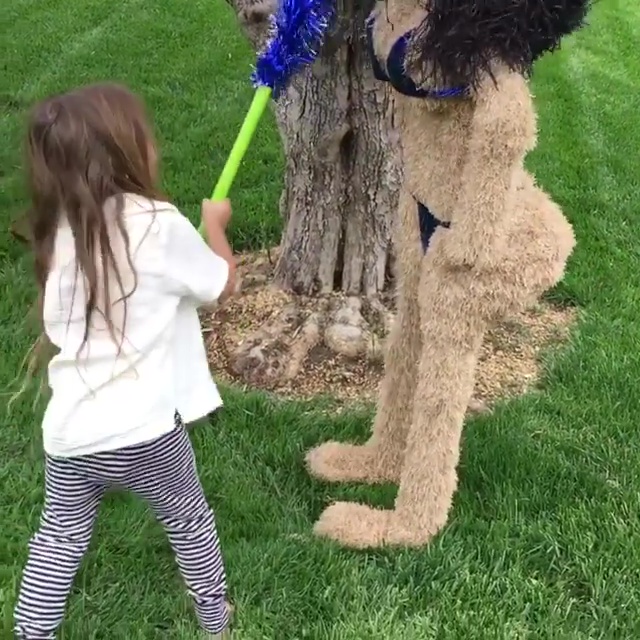 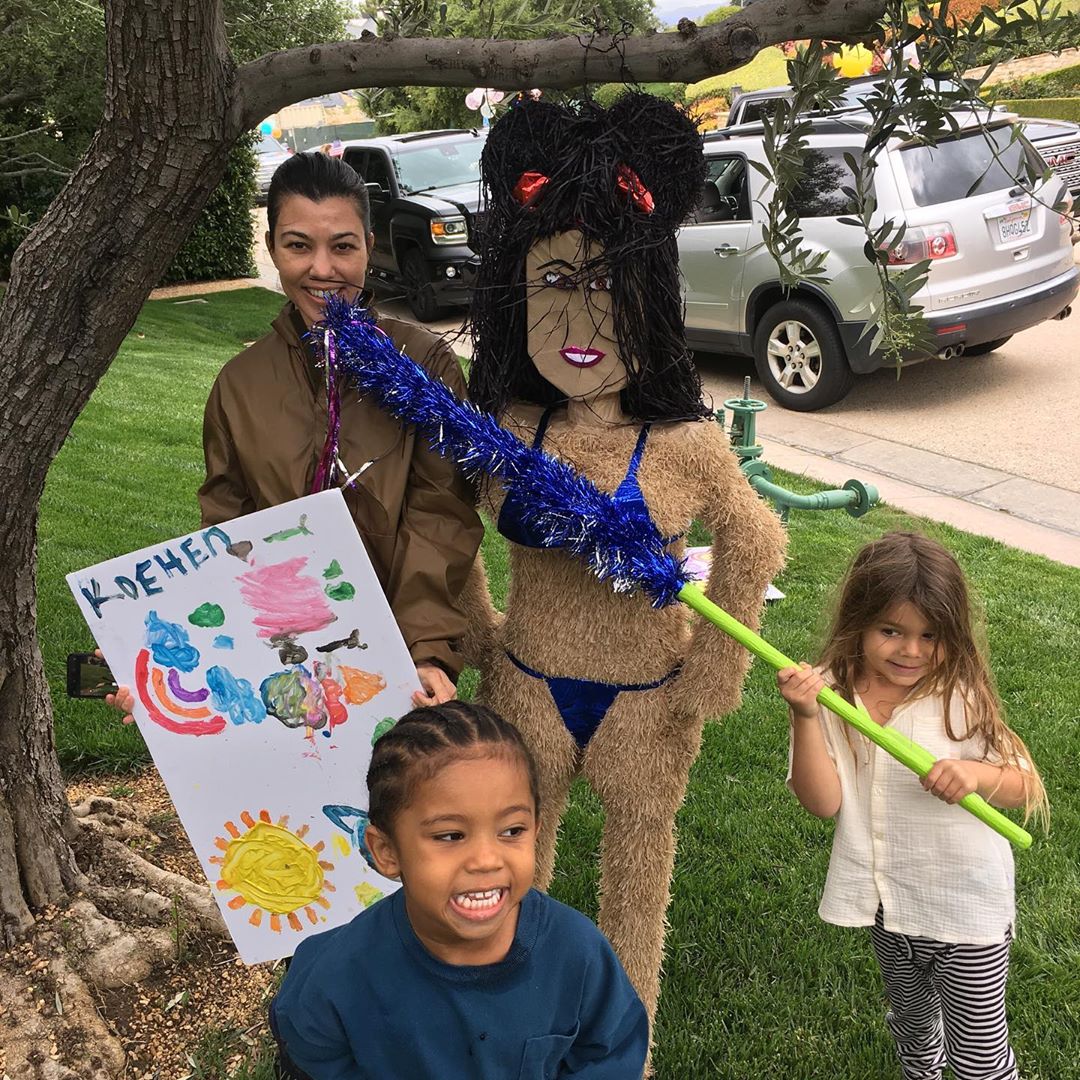 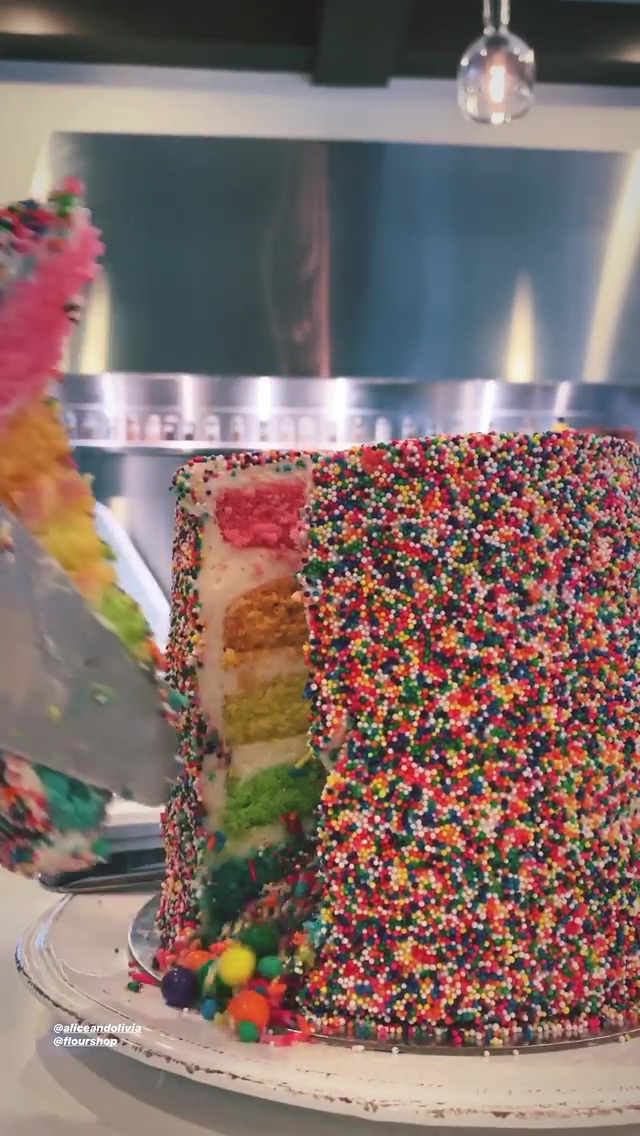 Not only did Kourtney receive an amazing quarantine bash her sisters also paid tribute to her special day on Instagram.

Khloe trolled her sister by posting video of her on toilet, and other embarrassing pics and Kim joked that her older sister 'packs a mean punch.'

Just days before her 41st birthday, Kourtney had to deny rumors that she was pregnant after fans were asking if she was expecting a fourth child when she shared a new portrait which saw the mom-of-three pose in an unbuttoned shirt and underwear.

Speaking during an Instagram Live, Kourtney has revealed that she posted the snap knowing she wasn't pregnant: "I've been pregnant three times I know what my body looks like." 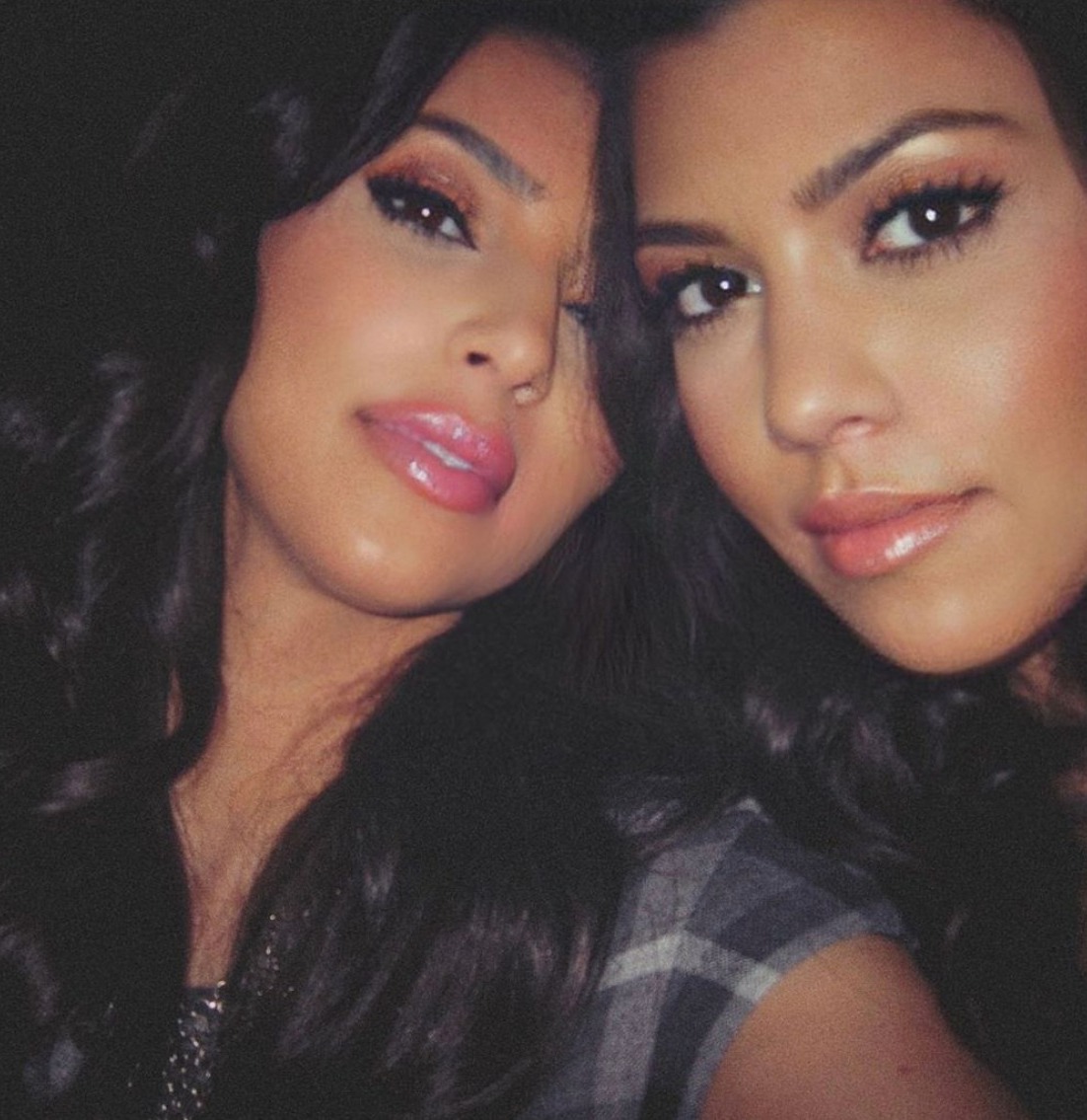 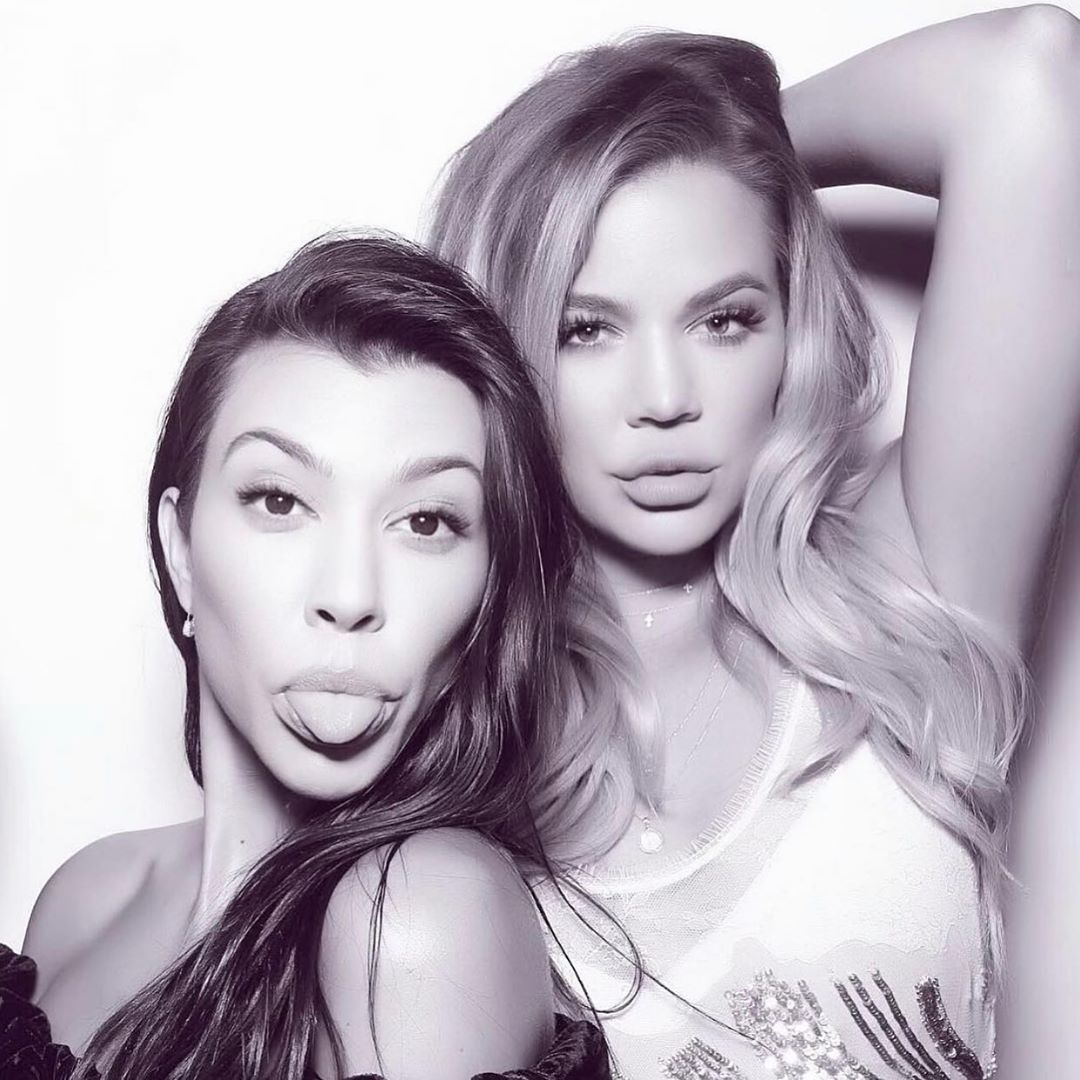 "I could have taken that offensively and been 'oh my gosh do I look pregnant?', but I knew I didn't look pregnant," she said.

"To me it's very feminine to have curves and I embrace my body so I didn't take it offensively."
One fan commented to ask if the 40-year-old was pregnant and instead of shutting it down, Kourtney simply replied with a prayer emoji and added: "Put the blessing out there though."

Kourtney has three children with former partner Scott Disick – Mason, 10, Penelope, seven, and five-year-old Reign – and she is thought to be currently dating model Younes Bendjima after the pair reunited in 2019.