Menhaj Huda will return to direct the film premiering in 2021 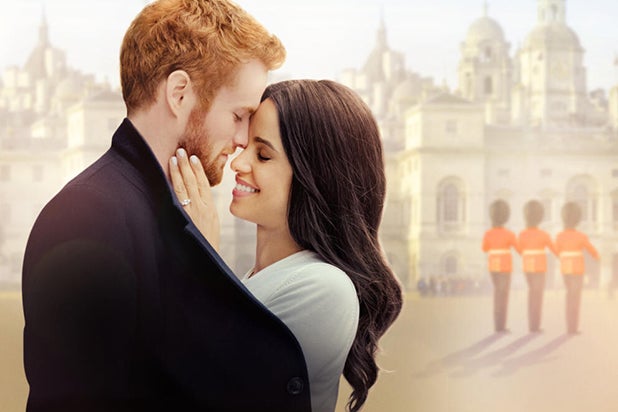 Menhaj Huda and Scarlett Lacey will return for the third film as director and writer, respectively. Telling the story of the couple’s break from the royal family, “Escaping the Palace” follows the two previous installments in the made-for-TV film series, 2018’s “Harry & Meghan: A Royal Romance” and 2019’s “Harry & Meghan: Becoming Royal.”

The roles of Prince Harry and Meghan Markle have not yet been cast, continuing the franchise’s practice of taking on new stars with each installment. Charlie Field and Tiffany Smith most recently played the couple for Lifetime, following Murray Fraser and Parisa Fitz-Henley of the first film.

“Harry & Meghan: Escaping the Palace” will begin production this spring and is slated for a fall 2021 debut on Lifetime. Merideth Finn and Michele Weiss will executive produce. Read Lifetime’s full plot description below.

Harry & Meghan: Escaping the Palace reveals what really happened inside the palace that drove Harry and Meghan to leave everything behind in order to make a future for themselves and their son Archie. The movie will detail Meghan’s growing isolation and sadness, their disappointment that “The Firm” was not defending them against the press’s attacks and Harry’s fear that history would repeat itself and he would not be able to protect his wife and son from the same forces that caused his mother’s untimely death. Harry & Meghan: Escaping the Palace will also reveal the private family feuds between Will and Harry, Kate and Meghan, and Harry with Will and Charles, that lead to the ultimate break from the royal ties.