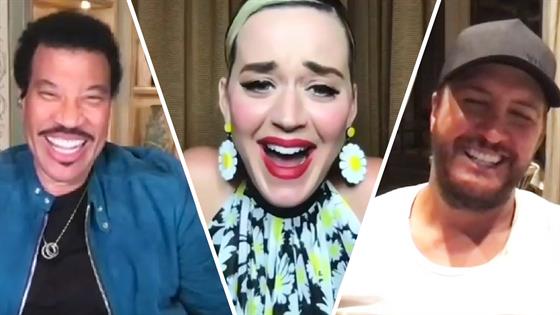 While catching up with E!’s Lilliana Vazquez and his American Idol co-judges Katy Perry and Luke Bryan, the “All Night Long” singer gave Perry, who is expecting her first child with fiancé Orlando Bloom, a little tidbit of parenting advice as they discussed the reality show’s season 18 finale exclusively with E! News.

“Get a helmet,” he joked. Amused, the “Teenage Dream” singer responded, “That’s great.”

Earlier in the interview, the trio dished on how the virtual finale came together and Bryan couldn’t help but praise American Idol‘s dedicated crew with creating an amazing show amid the pandemic—admitting that he didn’t think there’d even be a final show.

“Under the current scenario, you can’t knock it out of the park any better than the people that produced and organized this American Idol experience this year” he explained. “I mean, when all of this started going down and we knew that we were not going to be able to travel, be able to be in L.A. and film, I thought we were done. I thought there’s no way possible we put a show out there.”

Bryan continued, “And you know what? We put a great show out there; something that’s unprecedented and something that I’m proud of. And even the finale showed it tonight from the ability for us get to have fun and go do different little versions of our songs.”

Piggybacking off of what the “Play It Again” crooner had said, the mom-to-be shared that the team had to hit the ground running with ideas once the show went virtual.

“We had a two-week lull at American Idol not knowing what we were gonna do, if we were going to stay on—how are we were gonna make this show interesting from home? And so, basically had two weeks to pivot everything,” Perry said, adding that the time away helped her slow down a bit and enjoy her pregnancy. 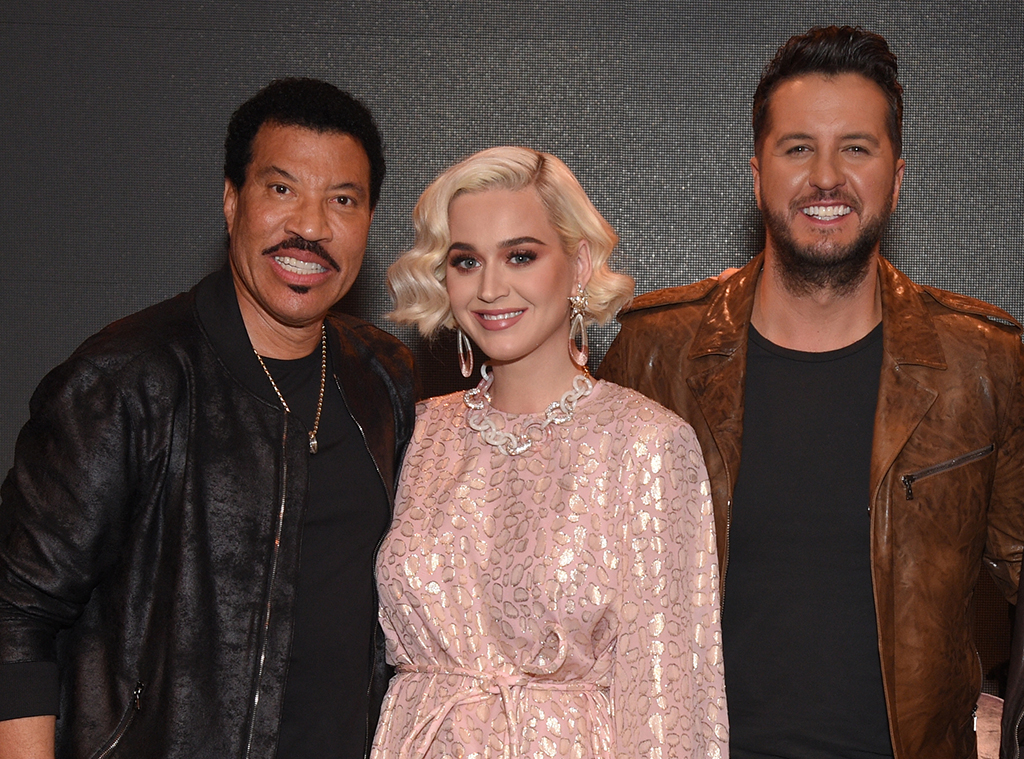 When it came to her performance of her new single “Daisies,” she continued, “We all had to start thinking outside of the box and become super innovative with it and go, ‘Okay, well, what kind of interesting thing can I make safely at a distance? What technology can I use?’ You know, just start, like, really researching what’s available in safe conditions and acceptable, you know? And so, that’s what we’re all doing, I think, in these times, and I think we put a lot of that into play for filming Idol.”

As for how she plans to celebrate the release of her upcoming album, the “California Gurls” singer said that she’s determined to not be social distancing when it drops on August 14.

“It’s not gonna be from a couch, that’s for sure,” she joked. “And if it is from a couch, it’s gonna be like a Pee-Wee Herman-type couch that comes to life.”