Charlene White, Linda Robson, Carol McGiffin and Jane Moore were on the Loose Women panel on Monday’s (June 7) show. The ladies chatted about a number of topics on the ITV daytime show, but Charlene was forced to apologise twice when the conversation got carried away and some bad language was said live on-air.

A number of naughty words slipped out on Monday’s episode of Loose Women.

Linda was the first to first to drop the ball when telling a story about her daughter.

The star suggested her daughter needed to wear shorts under her skirt, saying when she bent over it was a “full eclipse!”

Linda said she saw “the cheeks of her a*se” before covering her mouth when she realised what she’d said. 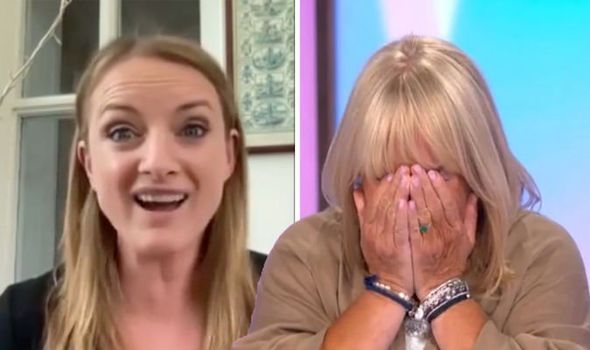 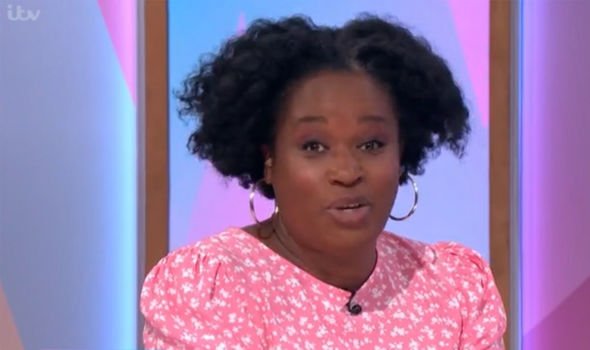 She quickly apologised to viewers for her language, as did head panellist Charlene.

But, that wasn’t the only apology of the show as Emmerdale star Nicola Wheeler also dropped a swear word when she was being interviewed on the show.

The actress, who plays Nicola King on the ITV soap, was chatting to the panel about the fact she shares her first name with her character.

“Is it a bit weird having your character have the same name as you or does it kind of make it easier?” Jane asked. 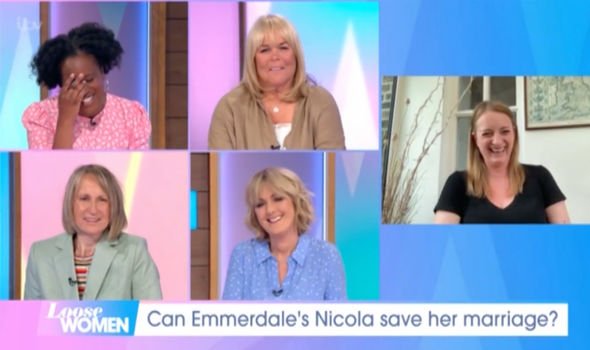 “No it is strange. I remember I did a PA once with Dominic Brunt and I always thought everyone knew my name, until everyone was shouting Paddy and Nicola.

“I was like ‘oh no they’re not, they’re calling me my character’ and I remember having a conversation with Steve November who was our then producer.

“He said ‘why didn’t we just change the character’s name?’ And I was like ‘I don’t know.’

“But yes I’d rather not because I’m terrible with names and things so I get really confused when people start talking about – you know they’ll go ‘oh hi Nicola’ and I’ll go ‘oh god is it me or is it her? Which one are they talking to?’,” Nicola explained.

“If they say the word b**** it’s me,” the actress joked, causing the Loose Women panel to let out some gasps.

“Oh no Nicola you can’t say that either. What is with everybody today?” Charlene exclaimed.

Charlene quickly told viewers: “I apologise on behalf of Nicola for Nicola’s language.

“Ladies come on, I know it’s Monday,” the presenter added.

Luckily most fans saw the funny side of it and took to Twitter to comment on the language.

One viewer said: “‘The cheeks of her arse…’ you have to love Linda’s baggy mouth #LooseWomen.”

“Do we normally swear this frequently on #loosewomen coz if so I may start watching more often,” another wrote.

Meanwhile other viewers said they didn’t see the need to apologise and did not consider the language that bad.

“@loosewomen oh come on, is the word bitch really a swear word? #loosewomen,” a second asked.