BBC Breakfast was back with Louise Minchin and Dan Walker at the helm, and during the live show, the former spoke to Safeguarding Minister Victoria Atkins about Personal Protective Equipment and a BBC Panorama report which exposed a recommendation to the government last June advising them to increase their purchase of gowns. Minchin posed this finding to Atkins and demanded she explain the possible shortcoming.

Minchin began: “I wanted to talk to you about – I’m sure you’ve at least seen the BBC Panorama last night – which found vital items were left out of the stockpile – important stockpile – when it was set up in 2009, this is PPE. Have you let people down?”

“I very, very sorry to hear of that report,” Atkins replied. “I think we have throughout this crisis, been absolutely clear that we are working with scientists, following the advice to try and ensure we are dealing with this in a step by step way.

“But with like every other country in the world, it is unprecedented and the requirements for PPE have risen exponentially.

“We are doing our absolute best to address those needs and will continue to do so throughout this crisis,” she added.

“Following this advice now, if you look back a bit, the expert committee that advises the government on pandemics, recommended the purchase of gowns – specifically gowns – last June,” Minchin continued. “What happened?” 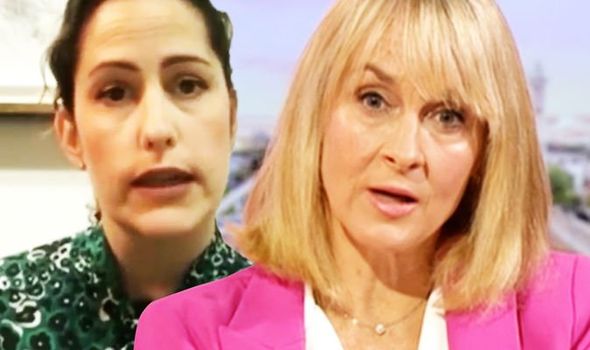 “As I say, we’ve been dealing with this, following the advice, we have since distributed a billion pieces of PPE and we know there are sadly supply issues across the world, especially with particular items of PPE,” the MP explained.

“But we are trying to get those items out as quickly as we can – we’re using the Army, asked Lord Dayton who ran the 2012 Olympics to help us with this because we’re absolutely clear; we’re working night and day to try and get PPE to the frontline where it is needed most,” the guest added.

“If government had listened to this advice last June, there wouldn’t be this desperate attempt to get PPE, if you had already had it,” Minchin argued.

“I think in fairness, I think we all recognise this is unprecedented in terms of the nature of the virus and the demands on the NHS and on other parts of our social care network,” Atkins hit back. 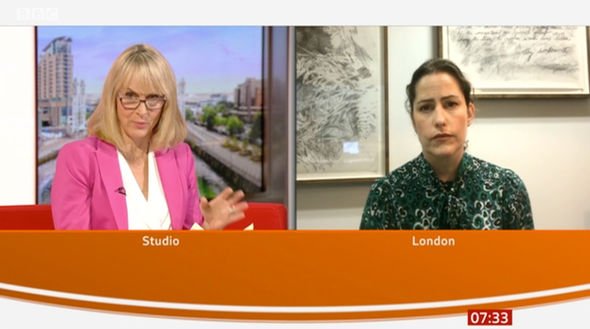 “So what we’ve tried to do is follow the advice, we are joining together with the requirements of lockdown to try and protect the NHS – that is working. But we are working as hard as we can.”

It comes after the BBC investigation, which revealed its findings in a Panorama programme which aired last night, said “the government failed to buy crucial protective equipment to cope with a pandemic”.

“The expert committee that advises the government on pandemics, the New and Emerging Respiratory Virus Threats Advisory Group (Nervtag), recommended the purchase of gowns last June,” it added.

Gowns are currently one of the items in shortest supply in the UK and they are now difficult to source because of the global shortage of PPE.

Minchin continued: “You said one billion items of PPE have been handed out. I understand – according to Panorama – that you are counting one glove as an item, how useful is one glove?” 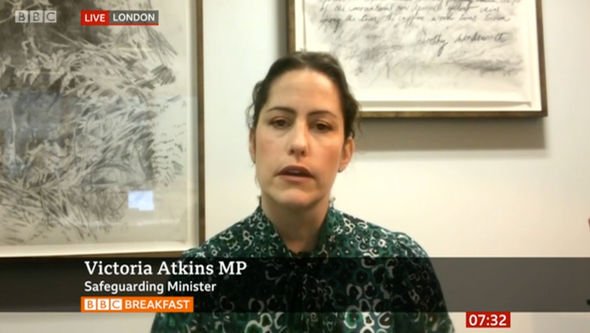 “Well, I’m not, I’m afraid I was busy working on the Domestic Abuse Bill so I didn’t see the details of the programme, but the figures have been provided to me are the figures which the Department of Health are working through,” Atkins revealed.

“We’ve been very transparent about figures throughout this, we’ve got to keep with this transparency because that’s how we keep people’s trust. But we’re very much aware we need to get PPE out as quickly as possible,” she added.

“Just on counting then, do you count gloves in pairs or individual gloves?” Minchin pressed.

Atkins replied: “I’ve got a box of gloves at home and they’re not in pairs as you purchase from a shop. I’m not going to be drawn into the details of these figures, as I say I’m here to talk about the Domestic Abuse Bill.”

Minchin’s line of questioning regarding the PPE gloves infuriated viewers and they took to Twitter to comment.

One said: “Those latex gloves fit either hand so if one splits you can replace one at a time. If that is the most important issue of #PPE then it is hardly worth raising!! #BBCBreakfast.”

Another added: “@BBCBreakfast Thank god someone who understands purchase of PPE mentioned that gloves are ‘purchased’ in single gloves, and you pushed it as a way the government were not being transparent?? Who actually puts this garbage together?”

“Just to make you aware.. the glove question about pairs being counted or single gloves being counted is actually the most ridiculous question ever asked.. this is how they are packed in 100 per box NOT pairs,” someone else fumed.

Another viewer added online: “It is not difficult to get your facts together before asking bloody stupid questions. Gloves are sold in boxes and the number in the box is on the side that is how they are counted. These are not sold in pairs from M&S – FFS.”

“@BBCBreakfast worldwide pandemic and what was your question to the minister – how many gloves make a pair. Asked twice,” a tweet read.

The total number of COVID-19 associated UK deaths in hospitals stood at 21,092 according to gov.uk.

BBC Breakfast airs everyday at 6am on BBC One.