Home » TV and Movies » Lucifer fans baffled as they spot huge change to character in show pilot: ‘Is he alright?’

Lucifer fans baffled as they spot huge change to character in show pilot: ‘Is he alright?’

Lucifer fans are eagerly waiting for the return of Lucifer Morningstar (played by Tom Ellis) but some impatient viewers have turned to old episodes while they wait. After watching the first ever instalment of the hit supernatural drama, some fans have spotted their favourite devil has undergone a huge transformation over the seasons.

Lucifer was first brought to our screens by Fox but the broadcaster dropped the series after three seasons before Netflix picked it up.

The pilot episode introduced viewers to Tom as the devil who abandons Hell for Los Angeles where he runs his own nightclub.

He later meets detective Chloe Decker (Lauren German) and becomes an LAPD consultant but this is a far cry from the cheekily sinister character shown in the pilot.

After going back and watching the first episode, one fan took to Reddit to share their thoughts on a huge difference they’d spotted. 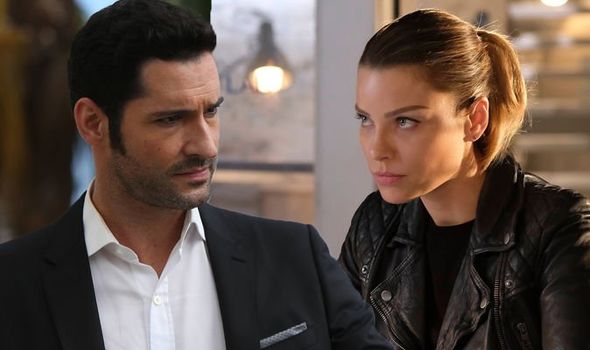 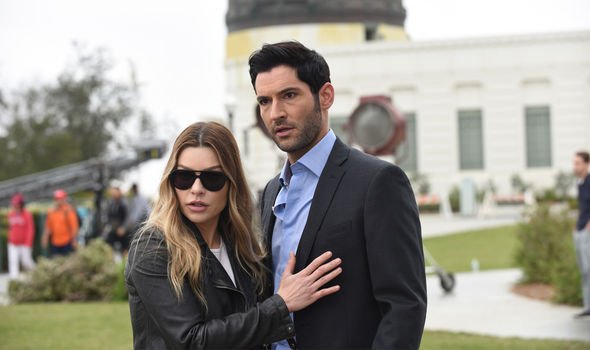 Reddit user B_yanyan said: “I was rewatching the pilot episode and noticed that Lucifer was wearing a leather jacket instead of a suit.

“So rare of him to do this because the only time we saw him dress casually was when he impersonates Chloe and Dan, goes undercover with peirce, or when he pretends to be a bad boyfriend.”

One fan suggested: “I think they were still trying to figure out his style and people automatically assume black leather jacket equals bad a**/bad boy. Suits fit him better.”

“It always makes me feel slightly uncomfortable seeing Tom Ellis in casual clothes (i.e. Interviews and stuff) because I’m so used to seeing the suits,” someone else shared. 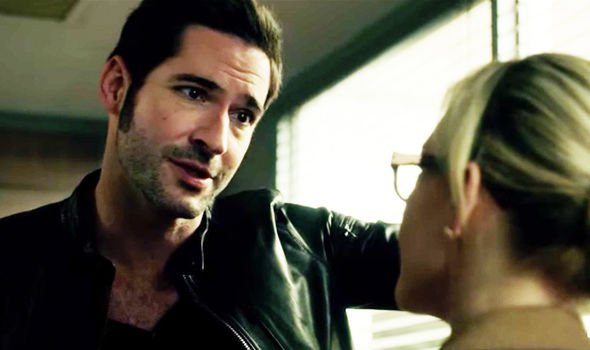 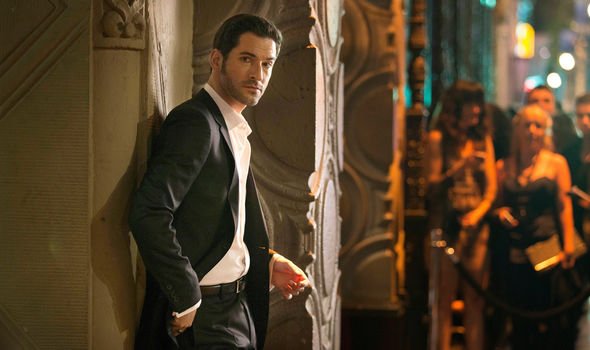 Another echoed: “Whenever I look at Tom Ellis’ Instagram page I’m like ‘What the fuck happened to Lucifer, is he alright?’”

Others fans picked up on another major change to the title character in the series pilot.

One said: “He also has a completely different accent in this episode vs later. He kind of settled into his accent about halfway into series one.”

Another agreed: “I get what ya mean. I always thought it was like he was hoarse or congested the way he sounded in the pilot.”

Will fans get to see another side of Lucifer when the show returns next month?

Ildy teased fans with a behind-the-scenes snap as she reunited with the show’s writers.

The showrunner tweeted a picture of the production’s teams meeting held over video link.

She tweeted: “Hello from the @LUCIFERwriters room! We’re back… and clearly still dorks.

“Here we are pretending to be frozen. Because that generates a good story. #Lucifer #LuciferSeasin6 #LuciferNetflix.”

Fans of the show were sent into meltdown as one tweeted: “Thank you @Ildymojo! I’m so THRILLED to know the @LUCIFERwriters Room is BACK in full swing again!! I just KNEW you’d all be back at it soon! #LuciferSeason6.”

“It’s so very wonderful to see you together again (even if it’s only virtual) and it’s still so amazing that there really will be ##LuciferSeason6. Wish you all so much fun working on it. You’re the best,” another added.