The 19-year-old star took on Peggy Mitchell and Pat Butcher's infamous fight over Frank in the BBC One soap. 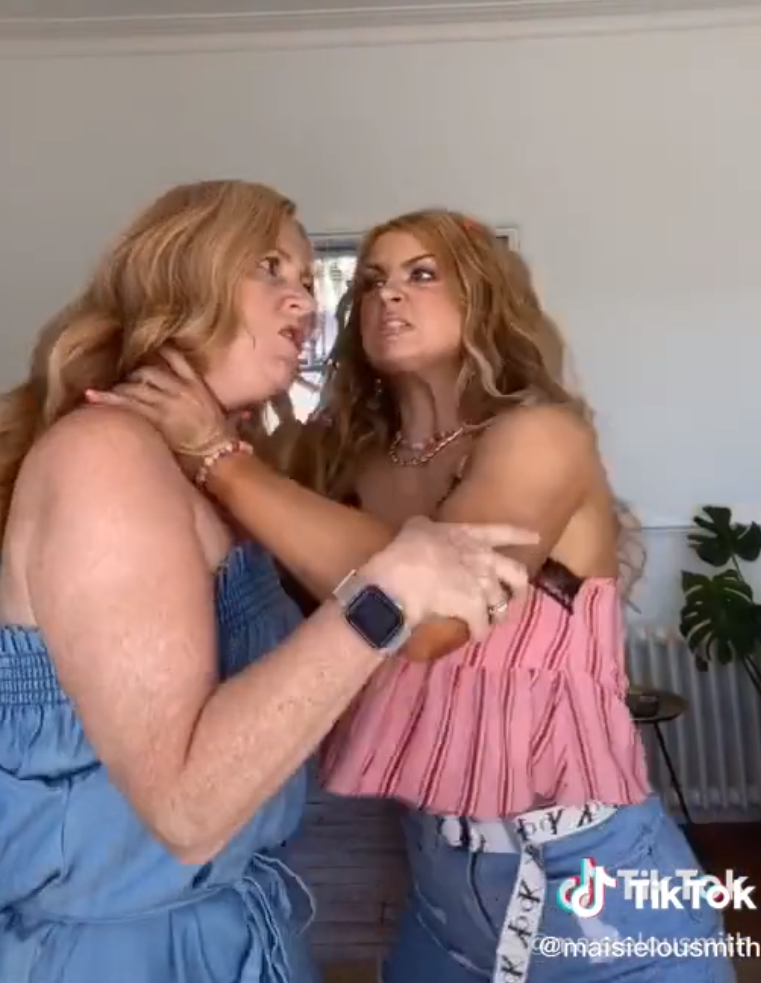 Julia, dressed in a strapless denim playsuit, is lip-syncing to Pat's lines – with Maisie taking on the former Queen Vic landlady.

The actress is wearing a pink striped cami top with a lace trim and has various colourful clips in her stunning ginger hair.

Maisie performs as Peggy: "Anyway, you're nothing to write home about – no wonder Roy can't do it!" 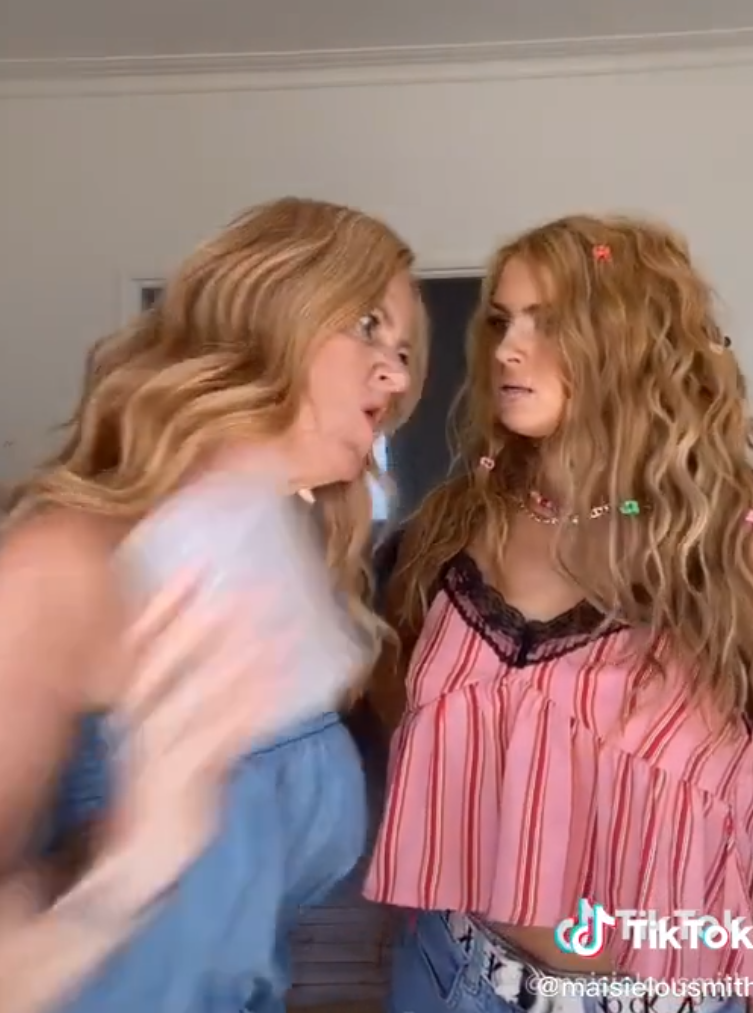 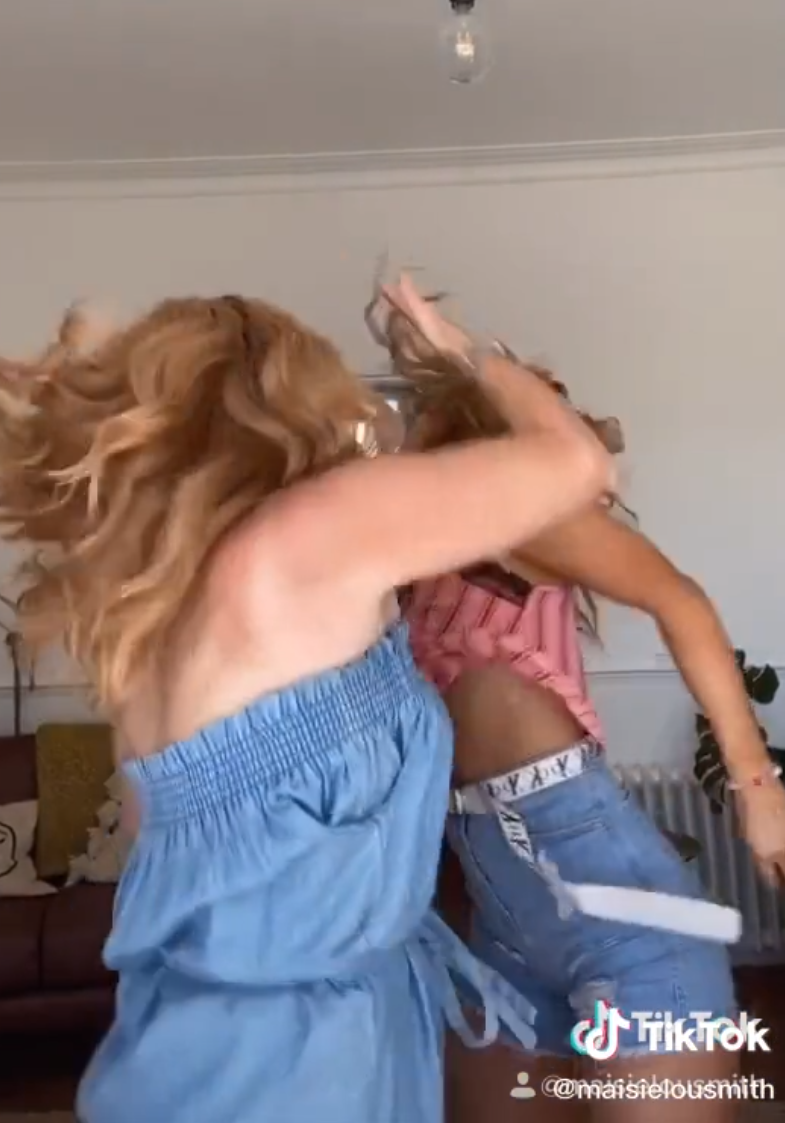 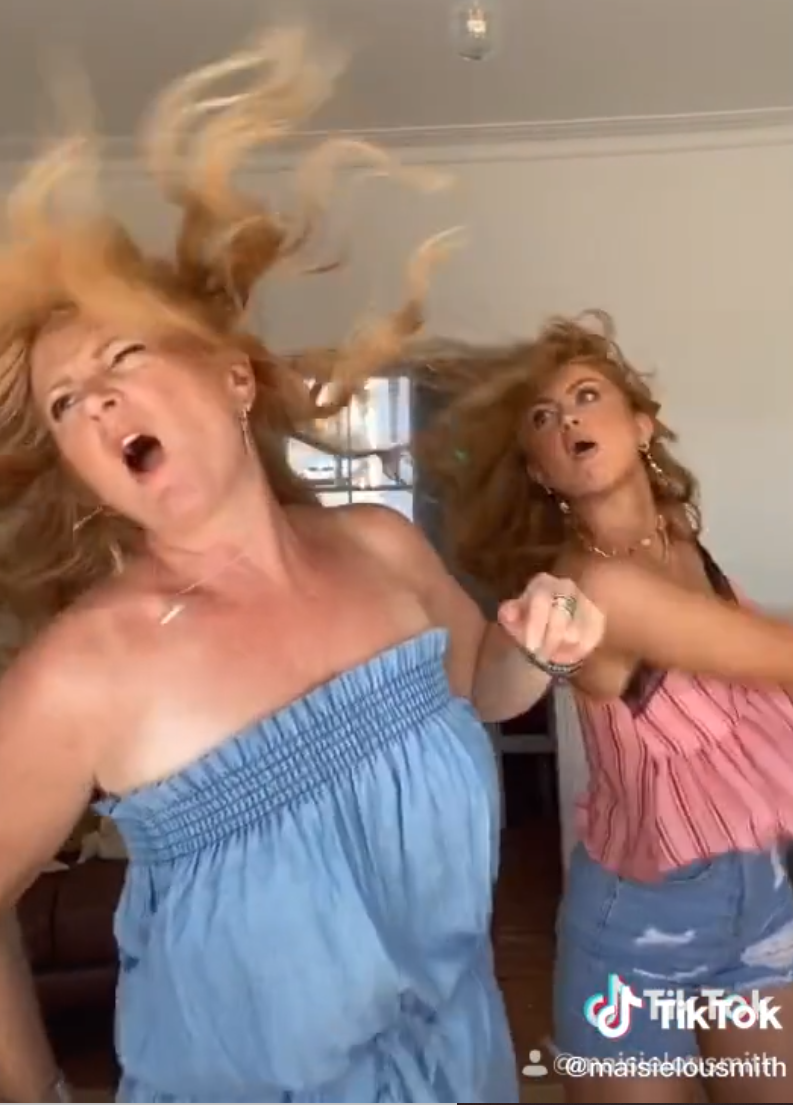 Julia throws a plastic cup across the room to the sound of glass shattering as she exclaims: "How dare you!"

Maisie wraps her hands around her mum's neck as the pair fight, screaming: "I'll flamin' well kill you!"

The video ends with Pat and Peggy's most famous moment in EastEnders – with the two women slapping one another as they exclaim "you bitch!", "you cow!"

Maisie captioned the hilarious video: "Watch me and mum on Celeb Lockin on BBC IPLAYER NOW". 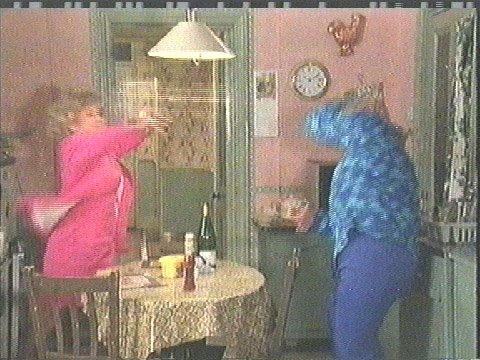 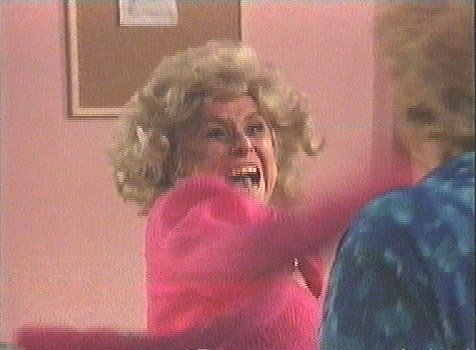 They then take part in a variety of challenges, such as the EastEnders lip-sync.

Maisie shot to fame playing Tiffany Butcher in the soap when she was just seven years old, and this isn't the first time it has featured on her popular TikTok page – which has over a million followers.

She previously had fans in hysterics as she performed a dramatic dance routine to the famous moment Kat Slater revealed that she is really Zoe's mum.